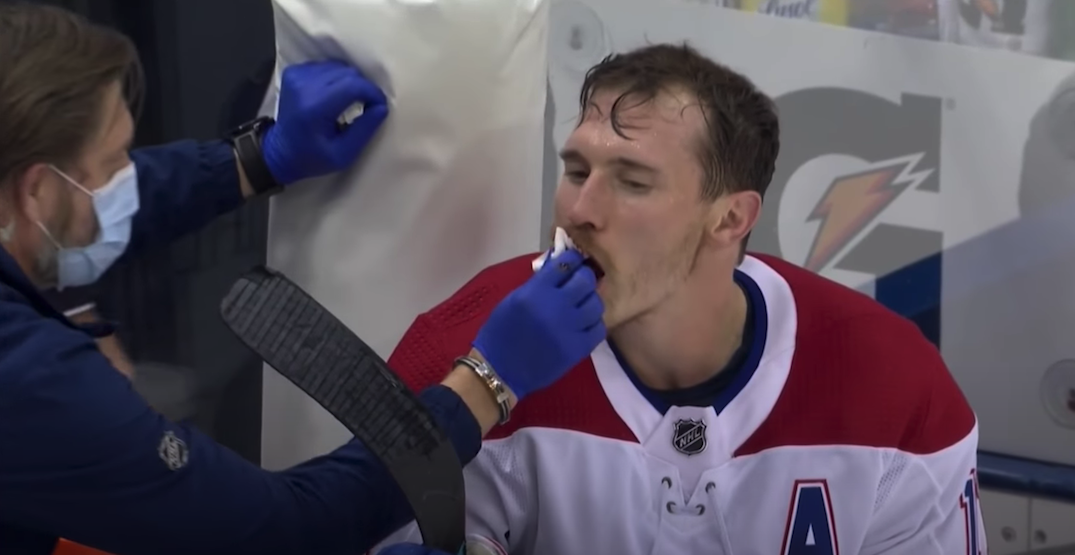 Brendan Gallagher is leaving the Toronto bubble after the Montreal Canadiens winger suffered a broken jaw on Wednesday.

Gallagher was cross-checked in the mouth by Philadelphia Flyers defenceman Matt Niskanen during Game 5. The Habs forward was left bloodied, and to add insult to injury, there was no penalty called on the play.

Canadiens GM Marc Bergevin announced on Thursday that Gallagher suffered a broken jaw, which will require surgery. Gallagher will have to leave the Toronto bubble to get operated on, and will miss the remainder of the series, the Canadiens said.

Gallagher was a key contributor for the Canadiens in Game 5, scoring his first goal of the postseason in 18:02 of ice time. His team will miss him, as they try to keep their season alive in Game 6 on Friday.