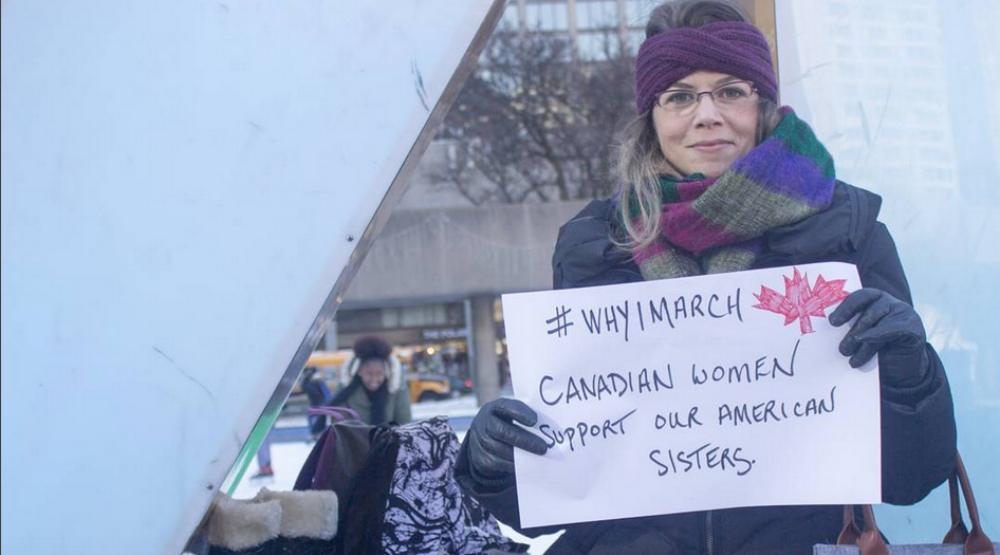 On January 21, the day after Donald Trump is sworn in as the United States’ 45th president, thousands of women and allies will march together in Washington, D.C. to remind everyone that we must remain vigilant and loud when women’s reproductive healthcare and equality rights are tampered with. They will be joined by thousands of women around the world doing the same.

History has shown that rights are never given – and that even the ones we’ve fought for can be taken away if we take them for granted.

Despite initial and very legitimate concerns about the lack of diversity and inclusivity, the march has now taken on a power of its own, with marginalized groups targeted by Trump’s campaign and women of all backgrounds coming together to make a strong statement about inclusivity.

“We stand together, recognizing that defending the most marginalized among us is defending all of us,” reads the Women’s March official statement. 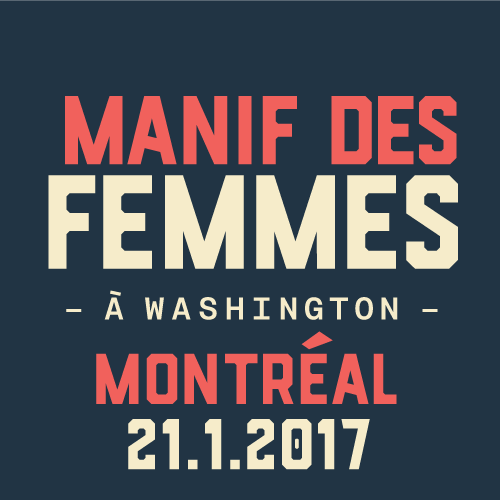 In a show of solidarity, busloads of Canadian women will also be making the trip to march in Washington, and those who can’t will be coming together to march in their respective cities, like women in Germany, Belgium, Australia, Hong Kong, and elsewhere will also be doing.

In Canada, sister marches are slated to take place on Jan. 21 in Toronto, Montreal, St. John’s, Ottawa, Calgary, Edmonton, and many more cities.

Follow the hashtags #WhyIMarch, #WomensMarch, #wmwcanada, and #sistersofthenorth to stay updated on the Canadian action. Follow the Twitter handle @CdnWomenMarch to know what is being planned.

In Montreal and Quebec, the Twitter handle and hashtag is @manifdesfemmes and #manifedesfemmes respectively.

The Women’s March in Montreal will take place on Jan. 21 at 11 a.m. at Esplanade de la Place des Arts (175, rue Ste, Catherine Ouest) and will occur simultaneously with the one in Washington, D.C. in solidarity and in the spirit of diversity, equality, and inclusivity.

Sexism is not exclusive to the U.S.

Donald Trump may have been the one who made degrading comments alluding to “grabbing women by the pussy”, but sexism is certainly not limited to Trump and to people south of the border.

Women in Canada continue to face their own share of discrimination and sexism, and female politicians continue to receive their share of online and personal attacks.

It was only a few months ago that Alberta MLA Sandra Jansen stood up in the Alberta legislature and read comments addressed to her out loud in order to raise awareness about the kind of sexist abuse specifically targeted at female politicians (“Bitch” and “bimbo” and “dumb broad” were just some of them), and just recently an all-female special edition of Atlantic Business Magazine drew the vitriol of online trolls, who were outraged that a single edition could be entirely devoted to female entrepreneurs.

Achieving respect in the public sphere is a constant struggle for many women who have to battle deeply embedded prejudices and sexism and the resentment of some men who feel that progress made by women is an automatic step back for them.

Montrealer Gillian Sonin, who runs her own management and PR firm, is the Canadian Women’s March PR Manager, and explains her involvement in very succinct terms. “I’m marching for the next generation whose rights need protection and vigilance, as well as all of those individuals whose rights are denied to them today in Canada and abroad.”

This is an inclusive, intersectional march and everyone who supports equal rights is welcome. The organizers make it very clear on their page that they are committed to intersectional feminism and inclusion.

“The purpose of this non-violent, inclusive and intersectional protest is to take a stand for and support women’s rights — the rights of ALL women — with women from all races, all religious communities, all political affiliations, cis or transgender and all sexual orientations. Violence, whether from or against the right-wing, left-wing, centre or independents, is not welcome and will not be condoned,” their Facebook page states.

“This event was sparked by Trump’s election to the White House and is a response to the hate-inciting, divisive, discriminatory attitudes, messages and actions that have emerged from the Trump campaign and have continued to be perpetuated by his supporters post-election, in his name. To date, there is no country in the world that has yet achieved gender equality, but that does not mean we should give up striving towards it. […] We hope to see our brothers, fathers, sons, husbands and other male allies marching with us — women’s rights are human rights!

This event is just the beginning.”

I can’t help but agree. Trump’s (and his supporters’) behaviour during the campaign, and the very real possibility of hard-fought reproductive freedom gains being taken away has sparked renewed anger and determination in many women who had erroneously thought that feminism had accomplished most of what it once set out to do.

We have seen a huge sexist backlash in the past year. Despite feminism entering glamorous pop territory, despite more women than ever asserting themselves in public, despite sexual consent being discussed everywhere, not only have we not arrived to this Promised Land of Equality, there are days when the destination doesn’t even feel like it’s in sight. And now, we’re watching incredulously as a government majorly made up of people who don’t believe in the right of women to do as they want with their own bodies are set to take office and begin defunding Planned Parenthood and potentially set the clock back on so many hard-fought rights.

It’s inevitable that 2017 will be the year that women around the world realize that they have to start fighting back.