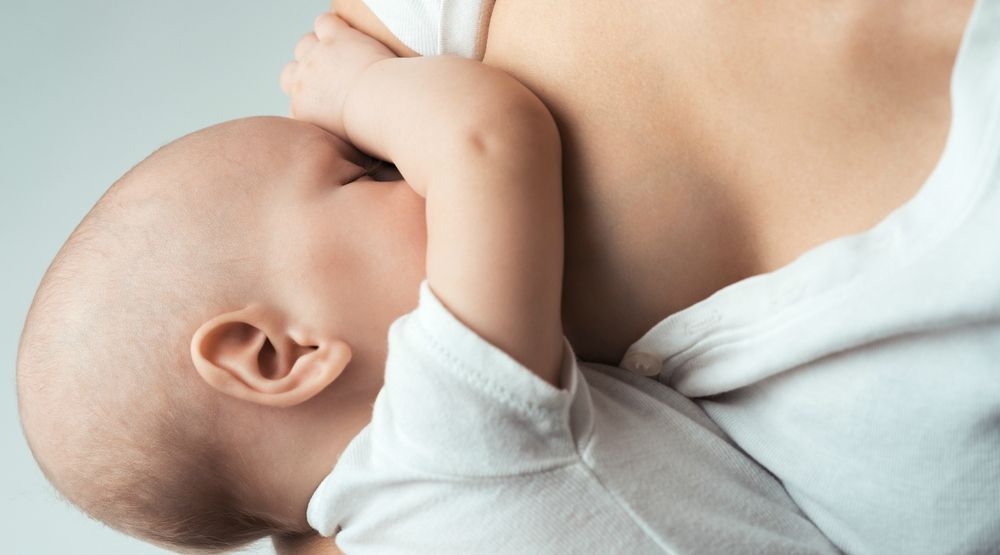 This past Friday, Montreal mom Pragni Sanghvi was shopping in downtown Montreal at a Boutiques Marie Claire clothing store at the Place Ville Marie mall, when her four-month-old daughter became fussy and needed to eat.

Sanghvi, who had just finished shopping at the store, politely asked if she could use one of the dressing rooms (the store was entirely empty at the time) to quickly feed her baby. When the store clerk said no, explaining that her manager wouldn’t like it, Sanghvi left the store and the next day wrote a lengthy Facebook post expressing her disappointment and dismay at being treated that way.

The incident quickly made the news, but Sanghvi has yet to hear from Boutiques Marie Claire or receive a formal apology. A development that is particularly strange, considering that what the store manager did was not only offensive and completely unaccommodating to the breastfeeding mom, but most importantly, it was illegal.

The irony of a breastfeeding mom being denied the opportunity to feed her child in public just as World Breastfeeding Week (Aug. 1-7) was winding down, should not be lost on anyone. Incidents like these are a constant reminder that, despite constant efforts to normalize breastfeeding in public, women still face a constant barrage of silent (or very vocal) judgment, chastising glances from others, or active discouragement from many, who feel that feeding your child should be done away from the prying eyes of unsuspecting strangers.

Because it’s illegal to deny a mother the right to breastfeed her child, too many people are under the impression that this is no longer an issue and that a few unfortunate incidents are as rare as civil debates on Twitter.

Sadly, incidents like these are a dime a dozen and they happen with disturbing frequency, both in Quebec and throughout the country at large.

In an amazing show of support for breastfeeding, Canada’s very own Prime Minister, Justin Trudeau recently posted a picture of his wife Sophie Trudeau-Grégoire breastfeeding their son Hadrien, with the caption: “This World Breastfeeding Week, let’s support mothers to breastfeed anytime, anywhere.”

With women constantly being the ones fighting this battle (even though, last I checked, babies are both created and brought into this world by both men and women, and fathers do and should play an integral role in their rearing), one can’t underestimate the importance of a powerful male ally taking a clear stance on this issue.

UNICEF has repeatedly touted the benefits of breastfeeding and medical experts agree that it is one of the most effective and cost-effective ways to save and improve the lives of children, yet the simple act of naturally feeding one’s child somehow still remains a taboo for some people in 2016. And this, despite its undeniable health benefits!

According to medical experts, breast milk provides the ideal nutrition for infants. “It has a nearly perfect mix of vitamins, protein, and fat — everything your baby needs to grow. And it’s all provided in a form more easily digested than infant formula. Breast milk contains antibodies that help your baby fight off viruses and bacteria. Breastfeeding lowers your baby’s risk of having asthma or allergies. Plus, babies who are breastfed exclusively for the first six months, without any formula, have fewer ear infections, respiratory illnesses, and bouts of diarrhea. They also have fewer hospitalizations and trips to the doctor.”

While the decision to breastfeed is a very personal one, and a choice that is not always available to all mothers, it’s undeniable that it’s the choice most universally preferred and encouraged. So why still the shame? Why the chastising of women who dare feed their kids when their kids get hungry? Why the angry suggestions to “throw a blanket over the baby”, “go to the bathroom to do ‘that’”, “no one wants to see ‘that’”?

A photo posted by Aimee Taryn Photography (@aimeetarynphotography) on Aug 9, 2016 at 7:38am PDT

And yes, breasts are erogenous zones and a part of both men’s and women’s sexuality, and yes, we all know, that thanks to society’s obsession with cleavage and breasts, we have been socialized to look for them, value them, rate them, compare them, often pay to increase their size and bounciness, wear clothes that feature them prominently, and basically have allowed the entire advertising and marketing industry full use of them to sell everything under the sun.

Women’s bodies are objectified from the minute girls are barely in their teens, and every ad, every magazine cover, and every Instagram picture reminds us that they are there for our viewing pleasure. How in the world are we supposed to remember that they’re actually functional?

It’s 2016 and I’m personally sick and tired of seeing incidents like these pop up in my news feed with alarming regularity. We need to make it clear that preventing a woman from breastfeeding her child whenever and wherever is not only illegal, but socially unacceptable.

And we need to take it one step further, by encouraging businesses that encourage women to breastfeed in peace. La route du lait is a handy guide with an interactive map that pinpoints Montreal businesses that do just that.

In 2016, the only thing that’s shameful about breastfeeding is the number of self-absorbed and misinformed prudes that still continue to shame women for engaging in it. It’s time to shame them.