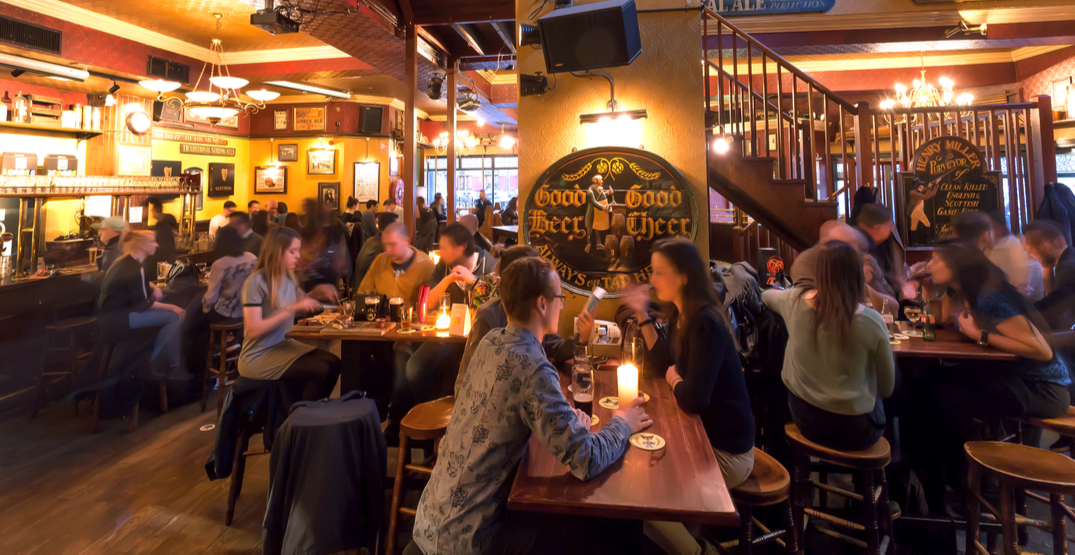 One of Canada’s top doctors says that the hospitality industry and indoor parties could be two major influencers in the country’s rise of COVID-19 cases. And this time, it’s a younger age group that’s becoming infected.

Canada’s Deputy Chief Public Health Officer Dr. Howard Njoo spoke to reporters on Tuesday, addressing the “uptick” in cases that’s being seen across the country. He says that it’s something officials have “noted at the national level, but also with individual provinces and territories.”

“Earlier, we were averaging about 300 cases a day with a seven-day rolling average,” he tells reporters. “Now we’re in the neighbourhood of 450 or 460 cases per day for the past four days.”

A major pivot that Njoo pointed out was an increase in cases among a younger age group.

“The vast majority of the increase in the proportion of cases is among what we call young adults,” he explains. “Back in May, it was a smaller percentage, maybe a third of cases across the board in Canada.”

Now, he says that amount has increased to approximately 55% of cases, which he says is “concerning.”

The Deputy Chief Public Health Officer pointed out three factors that could be leading to the increase in cases, the first being fatigue.

“Everyone’s tired after spending the winter cooped up and now, with the nice weather and the summer, people just want to get out,” he says. “There’s a fatigue factor in terms of trying to maintain all of those good public health measures.”

Another reason, which pertains specifically to a younger age group, is what he calls “the invincibility factor.”

“At a certain age you think you can get away with anything. You’re basically able to deal with anything that comes and there won’t really be any major consequences,” he says.

“Even though their risk of actually being exposed to COVID-19 is the same as anyone else, the fact is they certainly appear to have less of a probability of serious health consequences compared to older age groups.”

Njoo stresses, however, that despite being younger, these people are still a part of our society.

“They go to work, they have older parents and grandparents and certainly there’s a risk of transmitting the virus to those who would have a higher risk of severe consequences,” he says.

The third factor is society having to adjust to the new normal, which is where private gatherings and the opening of bars and restaurants come into play.

“Everyone is trying to reopen at a prudent pace,” says Njoo. “But everyone recognizes that we would expect to get clusters of cases.”

He says that some of the cases, not just with younger people but with those in older age ranges, are being associated with the opening of bars and restaurants. For the younger age group, indoor parties and gatherings are also an area of concern.

“Many of the clusters of cases among the young adults are also associated with indoor parties,” Njoo explains. “Bars and restaurants and society opens and maybe that’s seen as a signal.

“People think, ‘Oh, I can let go, things are returning to normal,'” he continues. “They are getting together for indoor parties, probably with a lack of social distancing.”

Health officials say that they’re concerned with the rise in cases and are monitoring the situation closely, hoping that it’s a “temporary blip.”

Njoo stresses, however, that “success is fragile” and that Canadians will need to “redouble” their efforts.”

“All the sacrifices, all the great efforts that Canadiens have made to flatten the curve, we need to be mindful that success is fragile,” he warns. “It only takes a few sparks and people letting go and not keeping their foot on the gas that we could backslide and return into a situation that we had several months ago.”