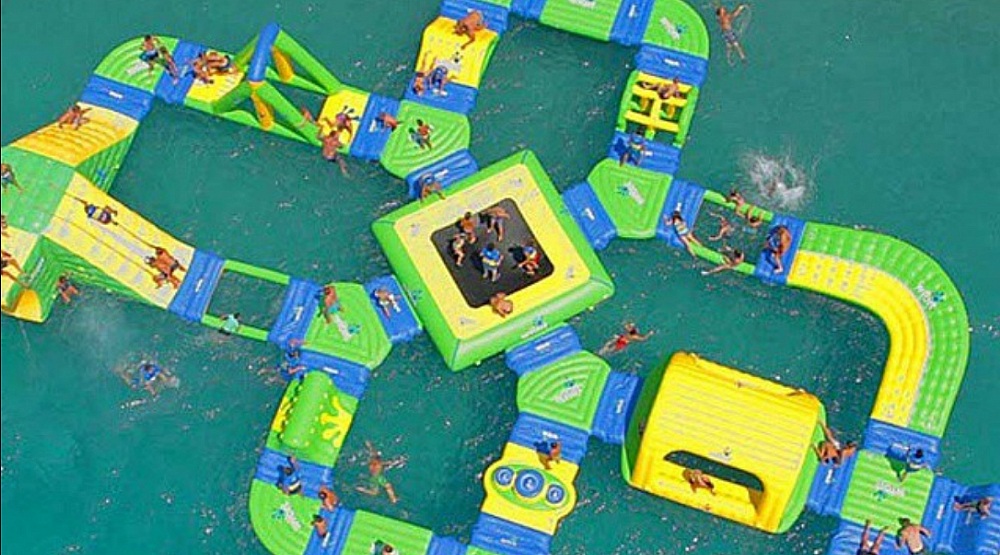 Parc Jean Drapeau recently announced that Aquazilla, the park’s resident inflatable obstacle course on the water, would be returning for summer 2017.

The 30×35 meter inflatable structure is comprised of obstacles, slides, and more in the form of a wiggle bridge, a water trampoline, an infinity loop, monkey bars, a flip bag, and a giant swing.

Aquazilla officially opens June 12th, and will be open between 10am and 7pm daily until August 27th. Tickets cost $12 per hour for children and $15 per hour for adults.

In addition, it’s located within the Beach Jean-Dore complex which means after playing on Aquazilla, visitors can take the rest of the afternoon off and relax on the sandy beach. Even better, free shuttle buses transport Montrealers around Parc Jean Drapeau, so if you want to make a day of it and head to La Ronde either before or after, you can easily do so!

To get you pumped for the return of Aquazilla, check out 10 photos and videos of Parc Jean Drapeau’s inflatable obstacle course below.