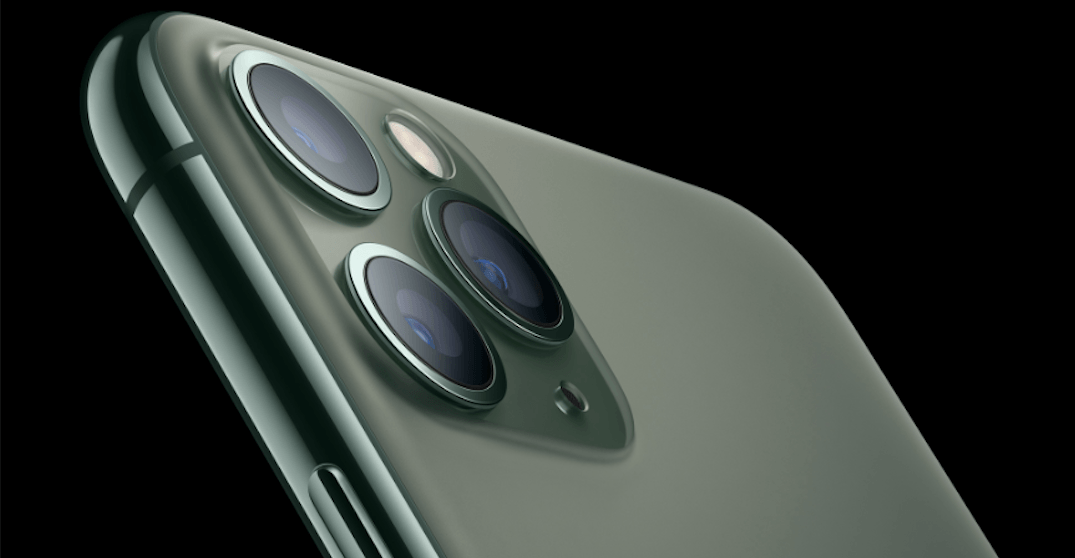 In arguably its biggest event of the year, Apple officially unveiled its new lineup of iPhones at an event at company headquarters in Cupertino, California today.

CEO Tim Cook called the new iPhone 11 and iPhone 11 Pro “the most powerful and most advanced iPhones we have ever built, with a stunning design.”

The company also made other announcements, including an updated iPad, Apple Arcade and Apple TV+ pricing and launch dates, and the Apple Watch Series 5. 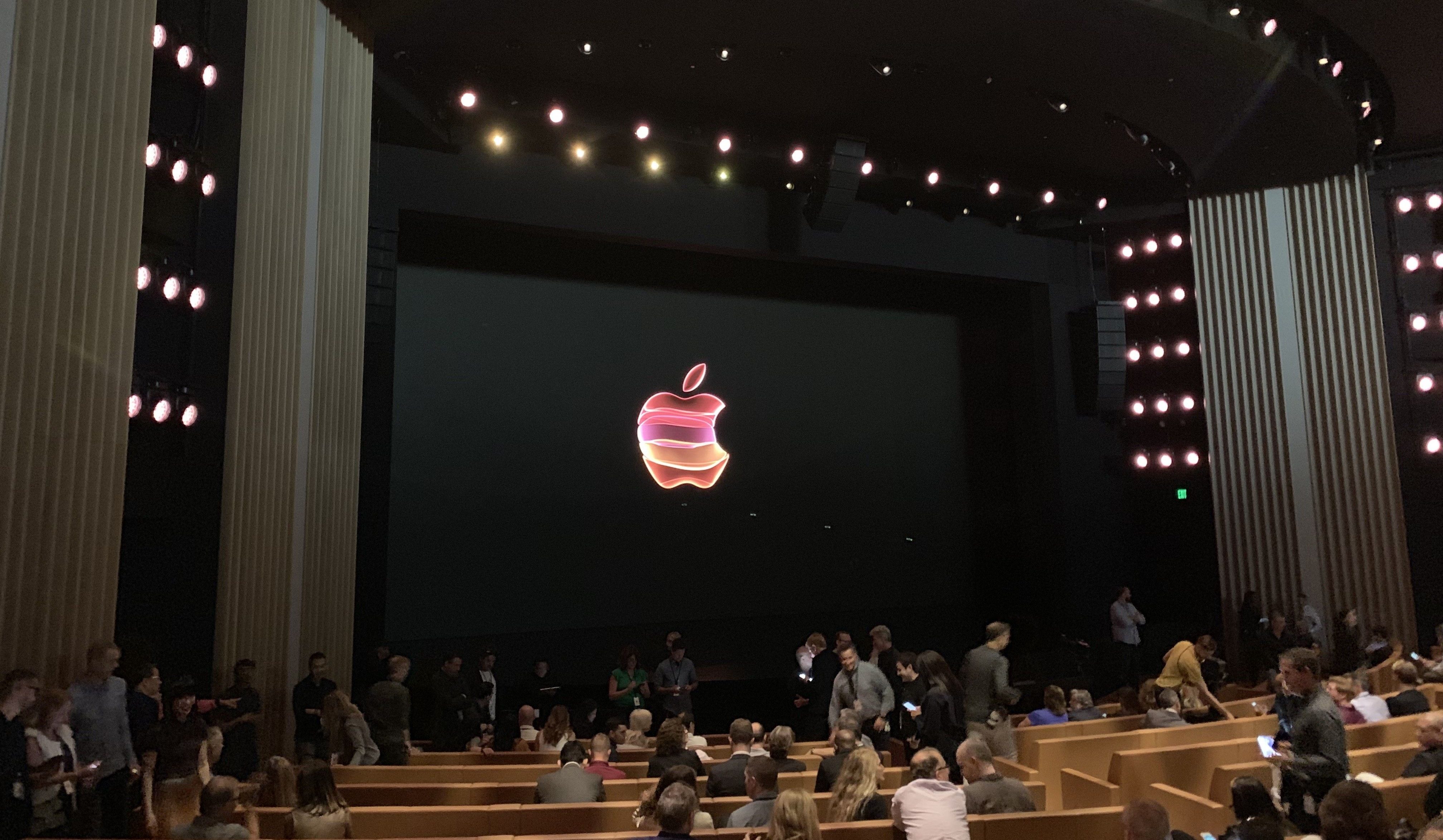 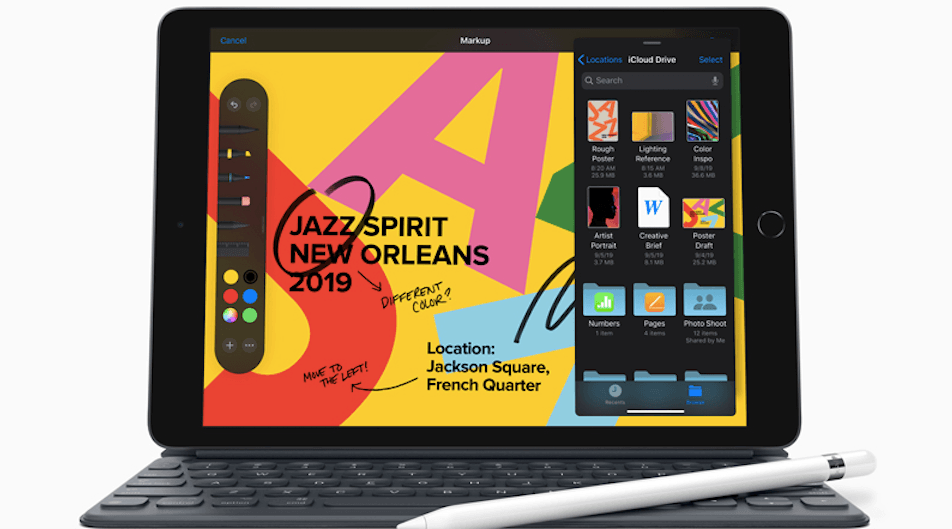 Starting at just $429 (CAD), the upgraded iPad features a stunning 10.2-inch Retina display and the latest innovations including Apple Pencil2 support, the fast A10 Fusion chip, advanced cameras and sensors, unmatched portability and connectivity, ease of use and great all-day battery life.3

The new iPad is available to order starting today and in stores starting Monday, September 30.

With a subscription to Apple Arcade, users get unlimited access to the entire catalog of over 100 new, exclusive games, all playable across iPhone, iPad, iPod touch, Mac and Apple TV.

Apple Arcade is launching with a one-month free trial, and users will not find the games on any other mobile platform or subscription service. Games can all be played offline, and a single subscription includes access for up to six family members with Family Sharing.

Apple said the catalog will exceed 100 games in the coming weeks as new titles are introduced, with more games to come every month.

Apple Arcade will be available starting September 19 for $5.99 (CAD) per month. 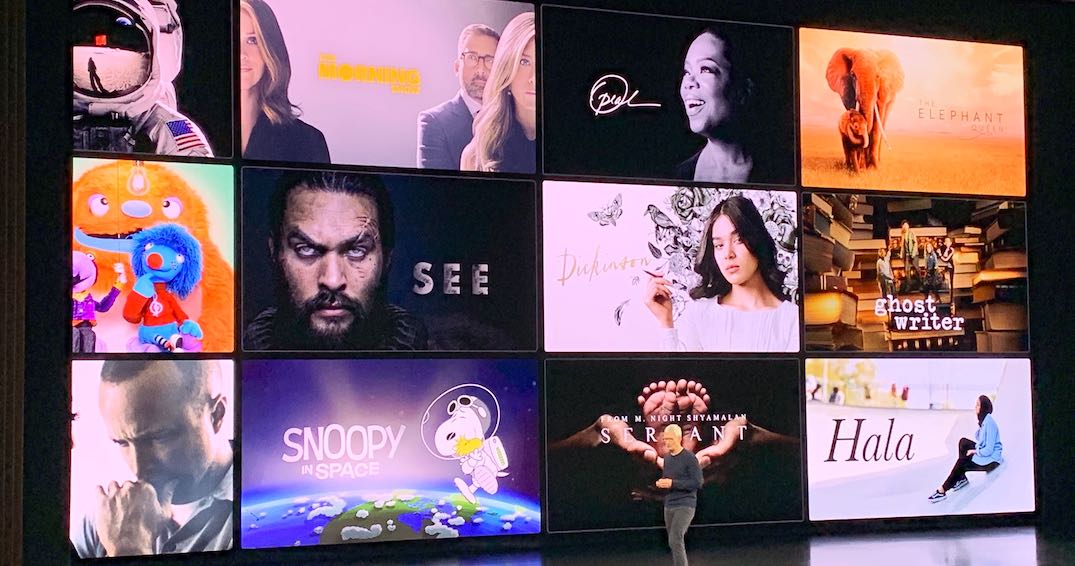 CEO Tim Cook also announced that Apple TV+ is coming to 100 countries around the world for $5.99 CAD per month (US$4.99) starting November 1.

Before the unveiling of the new phones, a host of other new and updated products unveiled as well, including the updated Apple Watch Series 5, complete with a host of features.

Always-On Retina Display
The Series 5 features a new display that allows the time and important information to remain visible at all times. Each watch face has been optimized for the new display and to preserve battery life, the screen intelligently dims when a user’s wrist is down and returns to full brightness with a raise or a tap.

Navigation
Updated location features on Apple Watch Series 5 provide customers with greater navigation tools to use throughout the day.

The new built-in compass and updated Maps app allow users to see which way they are facing. With Apple Watch Series 5, customers can use the new Compass app to see heading, incline, latitude, longitude and current elevation.

Users can even add one of three new Compass complications to their watch face to see direction at a glance.

International Emergency Calling
For added personal safety while traveling, users with cellular models of Apple Watch Series 5 can now complete international calls to emergency services, regardless of where the device was originally purchased or if the cellular plan has been activated.

International emergency calling also works with fall detection, if enabled, to automatically place an emergency call if Apple Watch senses the user has taken a hard fall and remains motionless for about a minute. 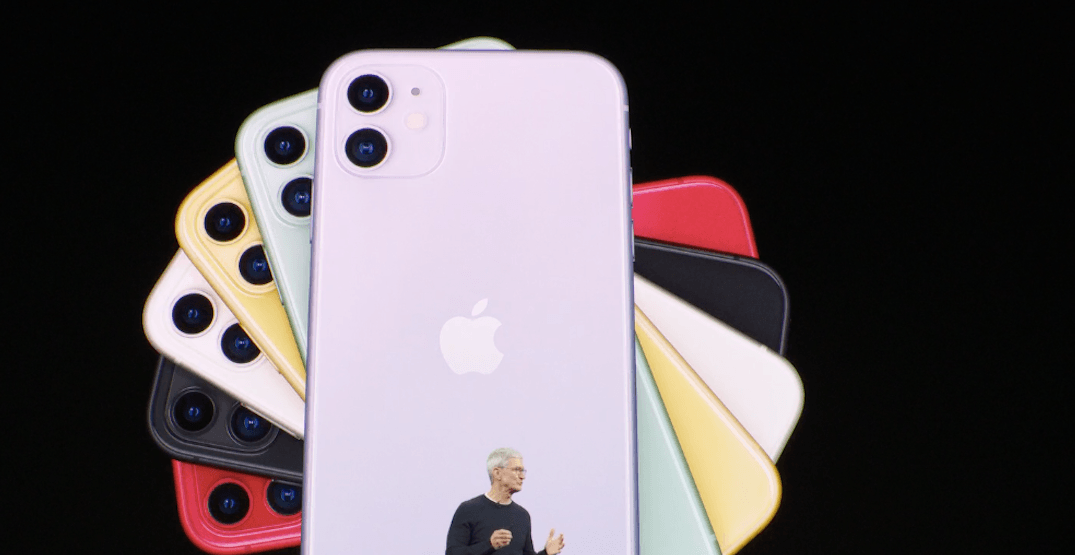 The dual-camera system lets users zoom between each camera while Audio Zoom matches the audio to the video framing for more dynamic sound. 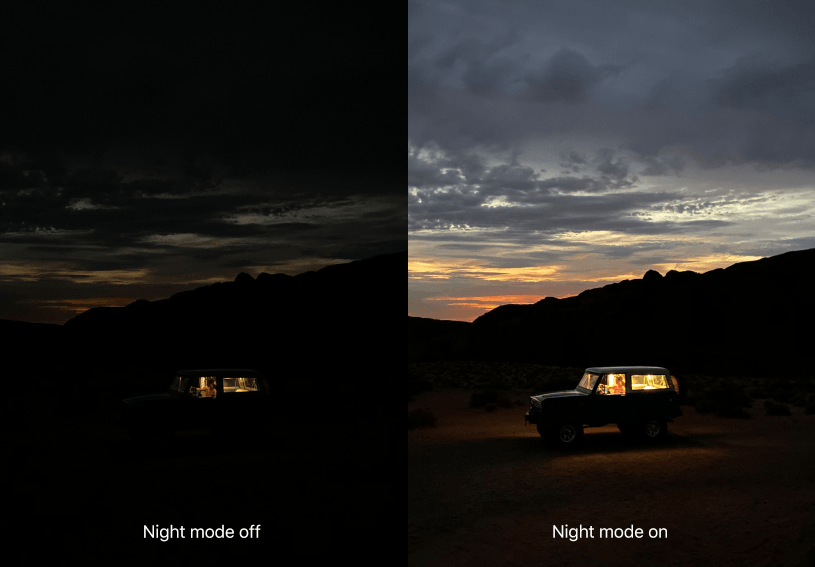 Next-generation Smart HDR uses advanced machine learning to capture more natural-looking images with beautiful highlight and shadow detail on the subject and in the background. Deep Fusion, coming later this fall, is a new image processing system enabled by the Neural Engine of A13 Bionic. Deep Fusion uses advanced machine learning to do pixel-by-pixel processing of photos, optimizing for texture, details and noise in every part of the photo. 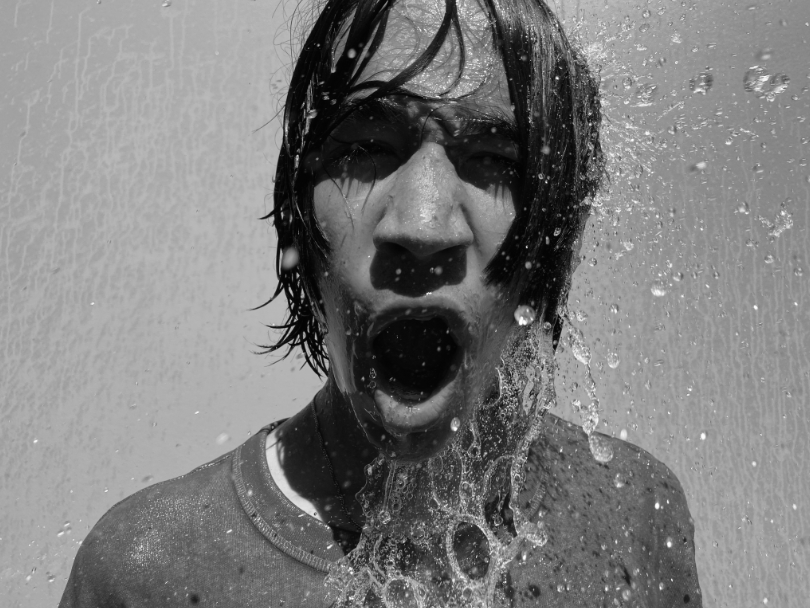 The updated TrueDepth camera introduces a new 12MP camera with a wider field of view to capture more in selfies, and next-generation Smart HDR enables more natural-looking photos. Expressive selfie videos take on a whole new look on the TrueDepth camera, now recording 4K video at up to 60 fps and 120 fps slo-mo.

iOS 13
Featuring a dramatic new look with “Dark Mode,” iOS 13 on iPhone 11 delivers a seamless experience with software and hardware integration unlike any other smartphone.

Not to be outdone, Cook also announced the three-camera iPhone 11 Pro.

The back of the phone is a single piece of machine glass with a new PVD coating and new matte textured finish. Its screen is equipped with a Super Retina SDR display, the highest pixel density of any display Apple makes. The company says the Super Retina display is the most advanced its ever built into an iPhone.

It is rated IP68 for water resistance up to 2 metres for up to 30 minutes, and is protected against accidental spills from common liquids

The three cameras on the iPhone 11 Pro are made up of: 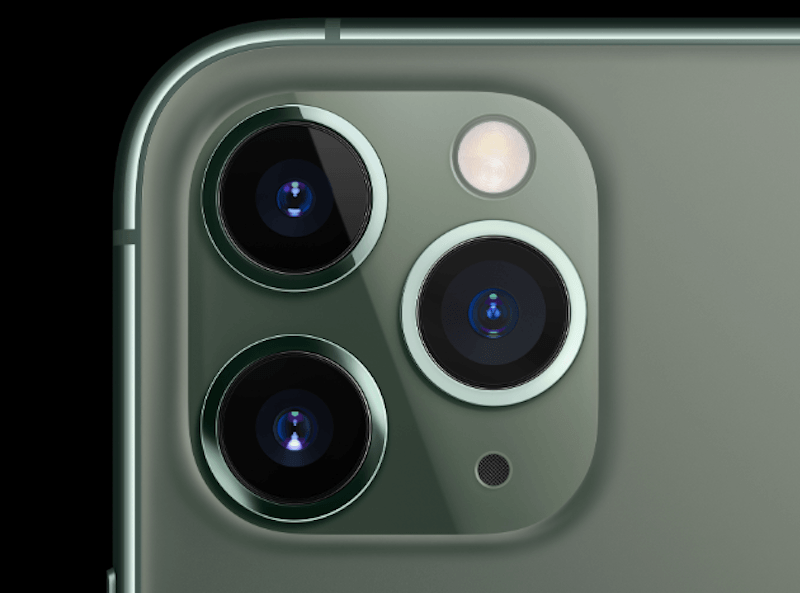 The phone also features the A13 Bionic – the fastest chip ever in a smartphone, meant to provide “unparalleled” performance for every task iPhone 11 handles, and features up to 20 percent faster CPU and GPU than A12. 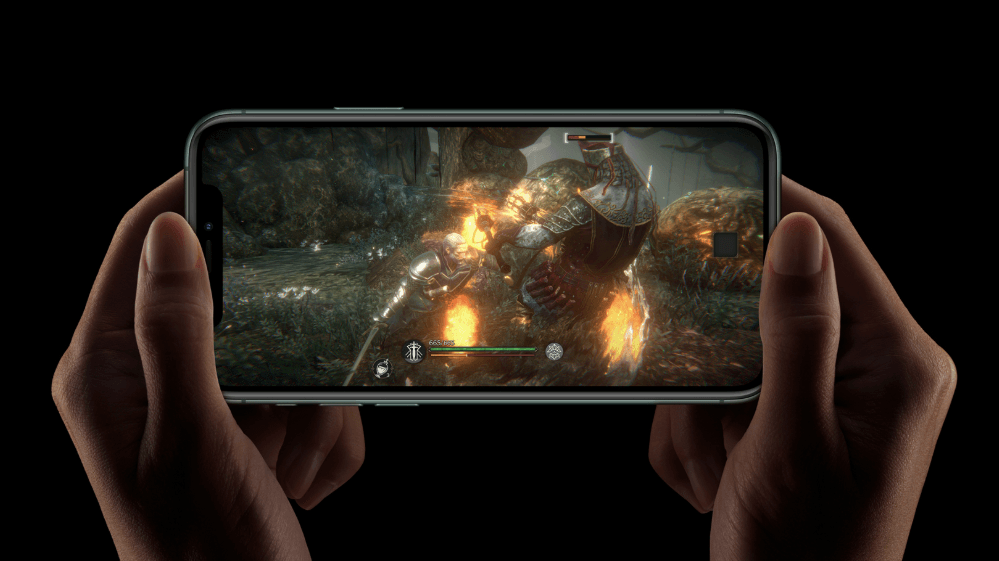 The new Apple-designed U1 chip uses Ultra Wideband technology, the first ever in a smartphone, for spatial awareness. With iOS 13.1 coming on September 30, AirDrop gets even better with directionally aware suggestions. 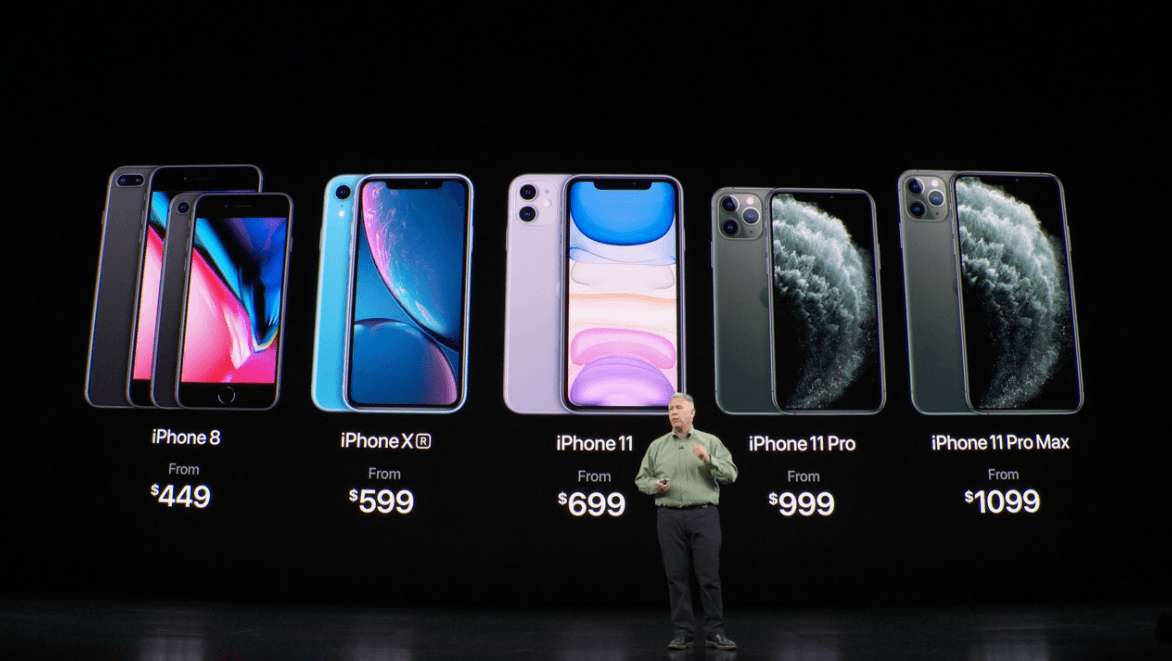 “iPhone 11 is the next generation of iPhone, packed with great new capabilities in an incredible design, including new Ultra Wide and Wide cameras for gorgeous videos and photos, the power and ease of use of iOS 13, and A13 Bionic — the fastest chip ever in a smartphone that quickly handles the tasks that matter most to people every day,” said Phil Schiller, Apple’s senior vice president of Worldwide Marketing. “