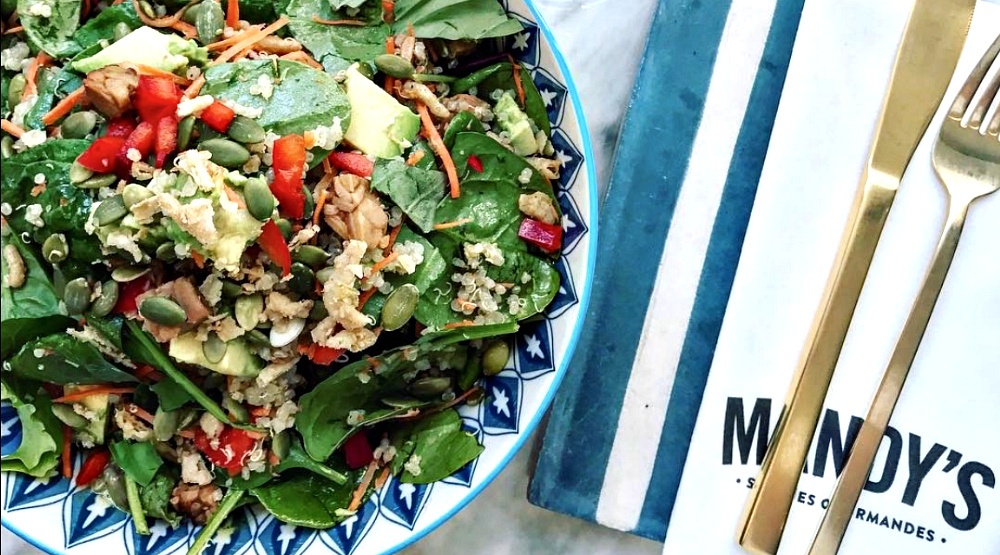 While spring hasn’t fully arrived it in terms of the weather, we wanted to add some sunshine to your life by compiling a list of the most anticipated restaurant openings around Montreal.

After the huge success of their first location on Union Street, it would have been a shame not to open a second one. The owners of Escondite granted our wishes by launching a second downtown location near the Bell Center. The opening date isn’t confirmed yet, but we’re hoping in time for “terrace” season in order to enjoy tacos, colourful salads and…cocktails!

The two sisters behind Mandy’s announced they are opening a new downtown location following their brand-new Old Montreal’s location, which opened at the beginning of March. Rumour has it that the new space will be located in Phillips Square. The downtown venue will be an express counter where we’ll be able to grab our favourite salad for a quick snack on the go.

How much do we love instagram-worthy coffee joints? A lot! The new Biscuits & Confetti is scheduled to open next week in NDG and will offer great food, quality coffee, and a creative space for the whole family in a Pinterest-style decor.

The group behind Tommy Café, Santos and Dolcetto & Co shared a photo of a hopefully “new success story” coming soon to Old Montreal. RockWood will be a two-level “Canadian Brasserie” that will serve food and drinks until 2 am.

The team behind the beloved Vietnamese restaurant Hà will celebrate their 3rd anniversary in style while opening a second location in Old Montreal this spring. Restaurateur Nic Urli shared a photo in front of their new space on McGill Street (where L’Appartement used to be). The menu will be similar at both locations, where Laos-born Chef Ross and Vietnamese icon Chef Hong Hà Nguyen’s were inspired by their favourite street foods.

A5 Hospitality (Jatoba, Kampai) will open another Asian-fusion brasserie in Le Plateau. The restaurant group chose the old Rachel Rachel space to build their new project. With the power team of Olivier Vigneault in the kitchen, PJ Goupil (A5 Group) and David Schmidt (Tiradito), Kozu will most definitely be a winner.

Pizzeria 900 is on fire! After announcing new locations in St-Bruno, Laval, and Westmount, they are also reporting their imminent opening in Old Montreal. The brand, renowned for their Neapolitan-style pizzas cooked in 90 seconds, has been a great success since they first hit Montreal by storm in 2015. The Old Montreal opening is due at the end of spring and the location is yet to be confirmed.

Instagram: no900pizza
When: Spring 2017
Where: Old Montreal (location to be confirmed)