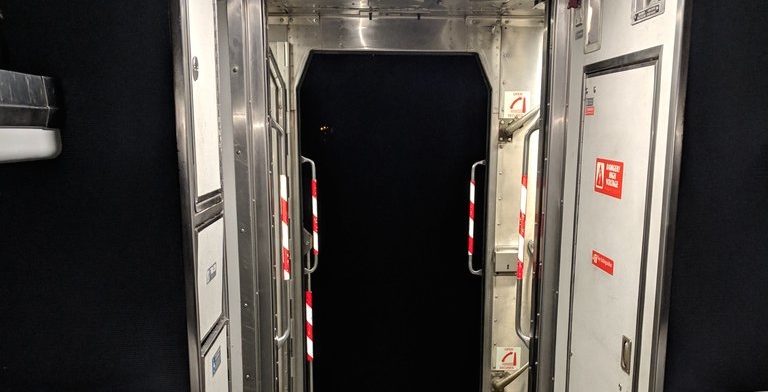 A New York City-bound Amtrak train that departed from Montreal was halted the night before American Thanksgiving, one of the busiest travel days of the year, when two of the train’s cars were separated.

The train was carrying 287 passengers and crew members, none of whom were reported injured.

It’s still not yet clear what caused the problem.

Just outside of Albany New York, at around 7:30 pm on Wednesday, Train 68 experienced what Amtrak called a “mechanical issue” and sent a recovery train to transfer passengers from the disabled train and continued the rest of the way to New York City.

Update: Due to the mechanical issue on Train 68 in Albany (ALB). A recovery engine has been dispatched to transfer passengers from the disabled Train. We will update as more information is provided.

Chuck Reeves chronicled the journey on Twitter and claimed that after boarding the train, he “heard a pop, smelled electrical burning and felt a rush of cold air.”

I’m on an #amtrak train going down to NYC for Thanksgiving. About ten minutes out of Albany, heard a pop smelled electrical burning and felt a rush of cold air. Turned around and looked back and saw the rat of the train is missing pic.twitter.com/6nPhft2qpn

Reeves claimed Amtrak was “very professional and kept us informed the entire time” throughout the transfer. According to Amtrak, the entire mishap delayed travel by 3 hours and 15 minutes.

They brought us to the detached https://t.co/jPTb6MUL47 we can board another train pic.twitter.com/v4OFyqzXOX