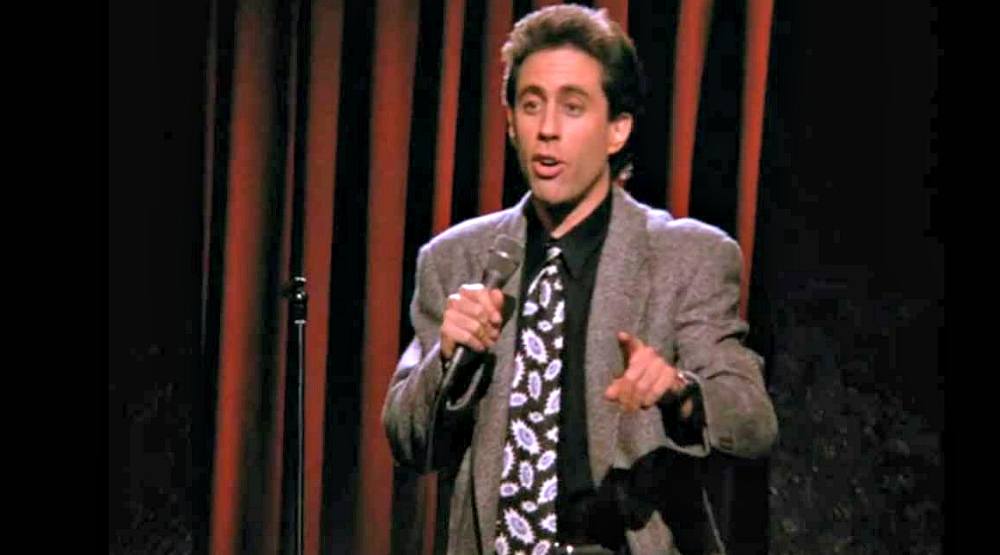 Montreal’s biggest comedy festival is right around the corner, so now’s the time to grab your tickets!

With so many shows happening all over the city, we thought we’d come up with a list of the ones we’re most excited about.

To commemorate Just for Laughs’ 35th anniversary, American comic, Jerry Seinfeld and French comic, Chad Gad Elmaleh will be taking the stage at the Bell Centre!
When: July 26
Where: Bell Centre

Having starred in everything from 30 Rock to The Unbreakable Kimmy Schmidt, Jane Krakowski has established herself as a comedian not to be reckoned with. Check her out on Friday, July 28th at PDA.
When: July 28
Where: PDA, Salle Wilfrid-Pelletier

I’m Dying Up Here On Showtime: A Night With The Cast & Creators

Trevor Noah has been wowing us all with his talent ever since he took over for Jon Stewart on The Daily Show. Be sure to grab tickets to one of two shows he’ll be performing on July 28th!
When: July 28
Where: PDA, Maison Symphonique

Judd Apatow, known for his work on such hit comedies as Trainwreck, Girls, Knocked Up, and The Forty Year Old Virgin, returns to his stand-up roots at PDA.The famous writer and director will be performing not one, but five shows towards the end of the festival.
When: July 27 – 29
Where: PDA, 5ieme Salle

The Laverne Cox Gala is a multi-comic gala which will see a whole lineup of comedians take the stage, including the Orange Is The New Black star herself.
When: July 29
Where: PDA, Salle Wilfrid-Pelletier

Ali Wong’s Baby Cobra stand-up special put her on the map, and now we can’t wait to see the San Francisco-native take the stage at PDA on July 27th.
When: July 27
Where: PDA, Maison Symphonique

Whether you know him from Community or as the host of The Soup, it’s safe to say Joel McHale is guaranteed to leave you in stitches. He’s been perfecting his stand-up routine while on tour for the last few months, so you can expect his Montreal show to be pretty great.
When: July 30
Where: PDA, Salle Wilfrid-Pelletier

Hot on the heels of his hit Broadway show, Oh Hello, John Mulaney returns to Montreal as part of his “John Mulaney: Kid Gorgeous,” tour.
When: July 29
Where: Olympia