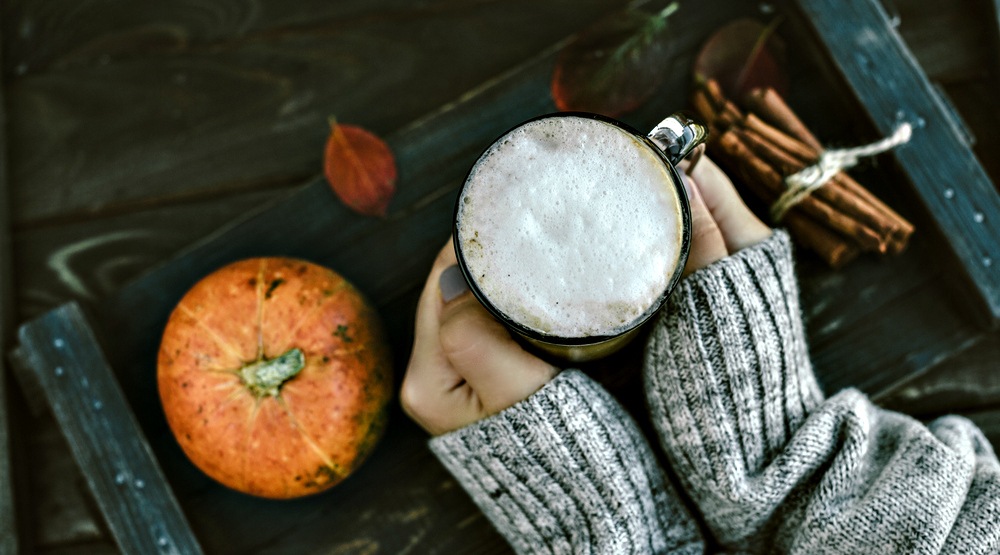 Pumpkin-infused drinks are all the rage. Though Starbucks may have made them famous, they’re not the only cafes in Montreal where you can get these autumn-themed drinks.

Check out a complete list of coffee shops in Montreal where you can pick up a pumpkin drink any day of the week.

This hip coffee shop in downtown Montreal now has several locations. While their plain coffee is pretty damn good, it’s the homemade pumpkin spiced latte you’re going to want to indulge in this October. They make their own pumpkin spice syrup from scratch which they add to their already-famous lattes and top with cinnamon. Yum.
Where: Various locations

This charming cafe in the heart of Old Port is known for its gorgeous decor and yummy coffee. In the colder months, they’re also known to serve a mean pumpkin latte.
Where: 200 Rue Notre-Dame O

Known for their insane brunch creations, Faberge is one of the most vibrant restaurants in Montreal. Adding to their popularity, they’ve been serving up pumpkin spice lattes and pumpkin mochas for the past couple years.
Where: 25 Avenue Fairmount O

This quaint cafe in the lower Plateau is famous for their incredible espresso and chocolate croissants. But come fall, and you’ll also find scrumptious pumpkin spice lattes on their menu. Get ‘em before they’re gone.
Where: 3418b Av du Parc

This Canadian chain is serving up their own version of the infamous Starbucks drink. Also called the Pumpkin Spice Latte, you can find Second Cup locations all around Montreal – many of which are 24 hours. If you’re in the mood for something cold, Second Cup also has a Pumpkin Spice Frappe on their menu.
Where: Various locations

Different than your average pumpkin spice latte, Melk’s is made with fresh pumpkin and far less sugar. If you’re a fan of the Starbucks PSL but simply find it too sweet, Melk offers a more savoury alternative.
Where: 5612 Av de Monkland

Head to Old Port for a taste of homemade pumpkin spice from The Mon Cafe. If you can tear yourself away from their yummy bagel sandwiches and raspberry croissants, you’ll find a delicious pumpkin-infused latte just in time for Halloween.
Where: 376 Rue Notre-Dame O

The company that started the pumpkin spice latte trend, Starbucks is on practically every street corner in Montreal. If you’ve never tried a PSL before and you want to try it out, you may as well start with the original (we won’t tell anyone how basic you are).
Where: Various locations