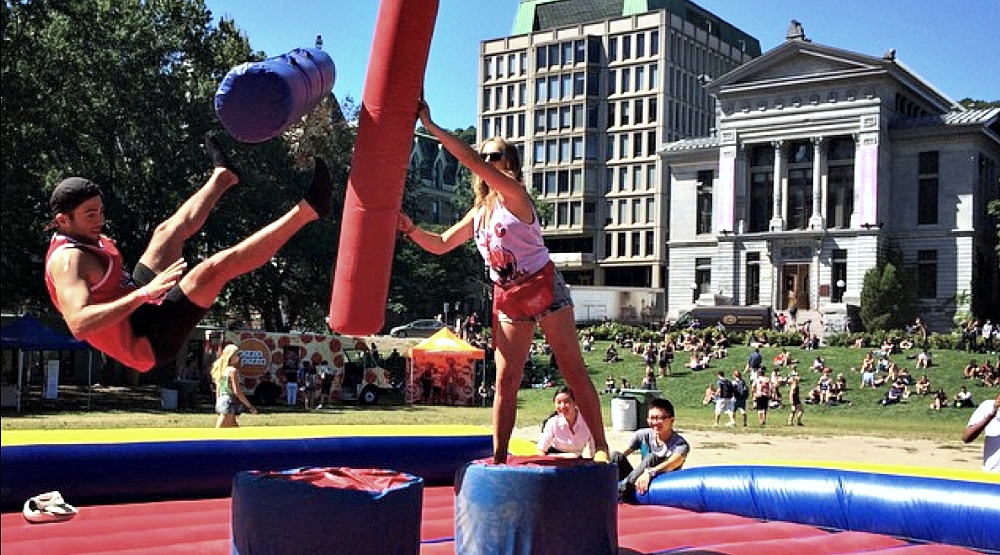 Less than a month left until Montreal froshies take over the city. Thanks to Concordia, McGill, and UQAM’s downtown locations, frosh week is not only an eventful time for the incoming freshman classes, but for the rest of the city as well. Prepare for crazy outfits, binge drinking, and lots of chanting!

Here are 7 ways the city changes during frosh week.

Avenue McGill College will be covered with students

Avenue McGill College leads directly to Roddick Gates, the main gates of McGill’s downtown campus. This whole area is likely to be swarming with students towards the end of August, so we would advise avoiding it at all costs. We’re not talking about a few students here and there, but giant groups of freshman being lead by frosh leaders in mobs that take up the entire sidewalk. It’s a recipe for instant frustration.

Your favourite bars and clubs will be overtaken by frosh events

Sadly, yes. If you’re planning a night out at the end of August, you better check in advance whether there is a frosh event happening. The club or bar might still let you in, but do you really want to go somewhere filled with 18-year-old students? No offense.

If you thought McGill College was bad, you don’t even want to see Lower Field. Do you typically walk through campus on your way to work? You may want to make a detour at the end of August as the McGill Campus is going to be flooded with froshies, booths, promo teams, frosh leaders, and even an inflatable bouncy castle or two.

You will hear lots of university chants from your office/apartment

This could be funny or annoying depending on the situation. If you’re trying to get to sleep at night and all you can hear is “McGill Once, Mcgill Twice,” you’re probably not going to be too impressed. But if you’re having a particularly slow workday and you look out your window and see a bunch of students chanting at the top of their lungs, it might actually give you a chuckle.

Generally speaking, Montreal has a pretty solid style reputation. During frosh week, however, fashion is thrown out the window when hundreds of froshies decked out in neon t-shirts, fanny packs, floral hats, and backpacks conquer the city. We accept it for a week or two, but there is no excuse to wear your frosh shirt in public post-frosh. Come on, guys.

Your favourite downtown food spots will be swamped with froshies

Several restaurants in Montreal arrange a deal with local universities come frosh time. You know that pizza place you love on Sherbrooke or that salad place on Crescent? Yeah, both of those are likely to be filled with frosh groups. While it can be a tad annoying, try to remember the importance of froshies getting some food in their stomachs before a night out drinking.

That’s right, folks, if you’re in need of really anything from Dollarama at the end of August or the beginning of September, you’re probably out of luck. Thanks to the freshman and upper year students that are all moving back to Montreal at the end of the summer, Dollaramas across the city will be running low on anything move-in related from cleaning supplies to kitchen tools.