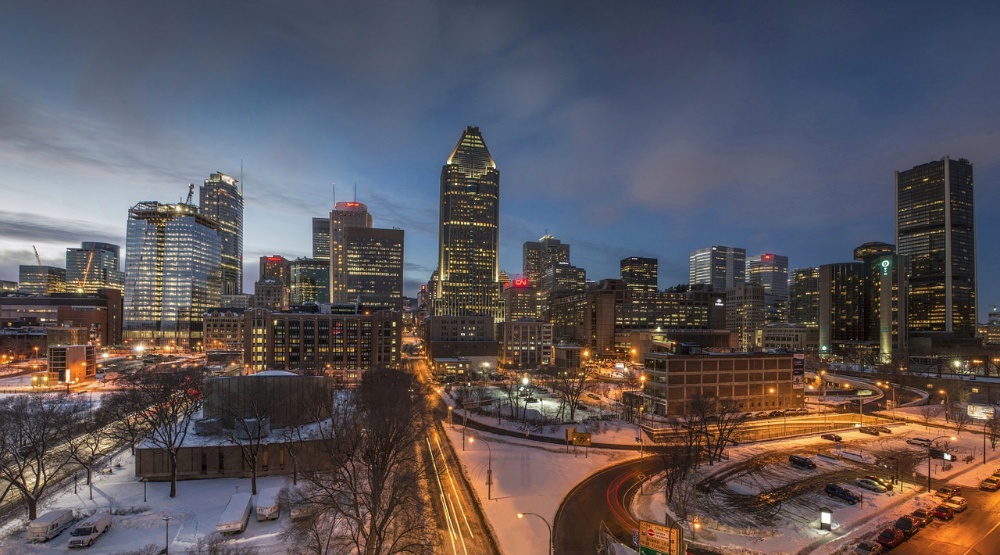 What I sometimes find frustrating about this city is that, even your best laid plans to stay home for the weekend and hibernate occasionally go nowhere, because there’s simply too much going on, and if you don’t hurry up and do it, it will pass you by.

I’m not talking about silly FOMO (Fear of Missing Out). There will always be another party, another get-together, another brunch with friends, so if you’re not feeling it, stay in and read that book and binge-watch that Netflix series.

I’m talking about actual events, happenings, exhibits, and stuff with a dangerously short “consume by” dates. Blink and they’re gone. It happens all the time to me and I regret my procrastinating ways. In an effort to save you some of that regret, here are a few of my must-see and must-do recommendations.

This annual blow-out party and celebration of all things winter just started yesterday and continues until March 11, so there’s no real rush to get out there, but considering how mild the temperatures will be this weekend, maybe you should hit the streets. We’re talking performing arts, gastronomy, free outdoor family activities, and a full night of fun during Nuit Blanche. Ferris wheels, slides, Iluminart, the Zipline, curling, outdoor shows, and all of it (with the exception of the food and drink you’ll consume) is free. Now in its 18th edition, MONTRÉAL EN LUMIÈRE is the perfect example of “If you can’t beat them, join them”. Winter is here to stay for a while, so we might as well make the most of it.

For the complete schedule, go here.

Notman, A Visionary Photographer at the McCord Museum

I have been fascinated by the work of William Notman (1826–1891), ever since, as a very young university student I walked in to the McCord Museum one afternoon and first glanced at some of his black and white photographs of Montreal’s bygone era. Compelling and majestic images of the city’s upper class enjoying winter carnivals and of Montreal’s most iconic skylines and buildings took my breath away then and they still fascinate me today.

Notman was the first Canadian photographer with an international reputation during the nineteenth-century. Organized thematically, the exhibition features some 300 photographs and objects drawn primarily from the McCord Museum’s collection. The Montreal Gazette wrote that “You haven’t seen Canada till you’ve seen it through the lens of William Notman!” and I can’t help but agree. If you’re at all interested by Canadian and local history, you’ll find lots to love about this exhibition, which ends on March 26.

Pro tips: Wednesday nights after 5 p.m. admission is half price, for the budget conscious. Also, for those with children, the McCord Museum usually has great children’s programs during Spring Break, as do most of the museums around town.

For more on the Notman exhibition and other activities at the museum, you can go here.

Tell Them We Are Rising – Film screening

As February and Black History Month come to an end, TD presents Festival Fade to Black / Fondu au Noir and the film Tell Them We Are Rising, the story of historically Black colleges and universities, the follow-up documentary to Stanley Nelson’s award-winning work, ‘The Black Panthers: Vanguards of the Revolution’, exploring the schools that educated the engineers of freedom movements and revolutions. Tell Them We Are Rising’ unapologetically captures the birthplace of Black leaders in America. Tickets are $15 in advance, $20 at the door.

For more information on where and when, go here.

I Am Not Your Negro – Montreal release

Starting today, I Am Not Your Negro will be available in Montreal in a few select cinemas (notably Cineplex Odeon Forum, Cinema du Parc, and Cineplex Odeon Latin Quarter) and you sincerely don’t want to miss it. I have heard nothing but raves from friends who already had the opportunity to see it and I intend to catch it this weekend as well.

I Am Not Your Negro is a 2016 American documentary film directed by Raoul Peck. Based on James Baldwin’s unfinished manuscript Remember This House and narrated by actor Samuel L. Jackson, the film explores the history of racism in the United States through Baldwin’s reminiscences of civil rights leaders Medgar Evers, Malcolm X and Martin Luther King, Jr.

Here is the official trailer.

If eating is more your thing and wandering around a large outdoor food market on a Saturday afternoon while trying to burn off the calories from your three-hour leisurely brunch is your idea of heaven, I’ve got just the ticket.

If all else fails to tempt you, and you really don’t feel like leaving your home over the weekend, fret not. You can still hibernate and be part of the world, by live-tweeting the Oscars red-carpet event and ceremony. It’s what I do best.

As a huge cinephile, I don’t do Oscar parties. There is sincerely nothing I enjoy more than being in my PJs, on my couch, undisturbed by friends deciding to talk during the “In Memoriam” segment, or that annoying host leaning in to ask me if I want more hummus just as the Best Picture winner is about to be announced. I need my alone time to yell, scoff, cry, and rejoice at the three-hour-plus happenings in Hollywood, and if you’re interested in my Twitter musings on Sunday, you can follow me at @toulastake.

For the complete list of Oscar nominees, you can go here.

Have a great weekend!