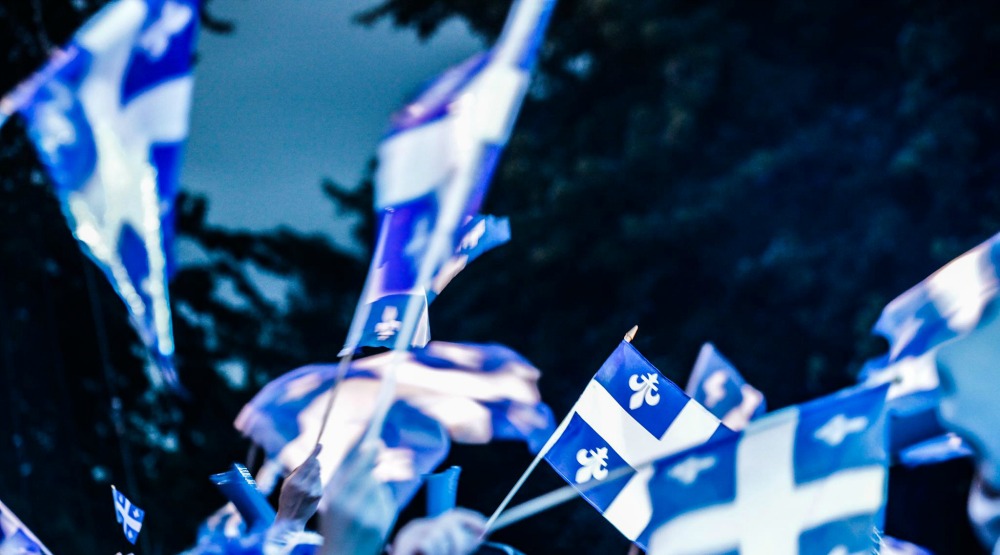 June 24th is just two days away so now is as good a time as any to start planning how you’re going to celebrate!

Known as Quebec’s National Holiday, St. Jean Baptiste Day is pretty unfamiliar to the rest of Canada. But in Quebec, people celebrate it with major pride!

From bonfires and parades to outdoor concerts and street fairs, Le Fete Nationale 2016 is not to be missed.

A tradition that has been going strong for 182 years, the Fete Nationale Parade will be taking place once again this year. The theme of this year’s parade is “Mon Québec, Je L’Aime Grand Comme Ça,” and the parade will be kicking off at 1 pm. Following a completely new route, the parade will begin at the corner of Rue Sainte Catherine and Rue Guy and will march south on Rue Sainte Catherine, ending at Rue de Bleury. With thousands of proud Montrealers gathering at this event, in addition to all the gifts and goodies that will be given away, the Fete Nationale Parade is an essential part of St. Jean Baptiste Day!

When: June 24, 1 pm to 3 pm
Where: Rue Sainte Catherine from Rue Guy to Rue de Bleury
Tickets: Admission is free, tickets are not required

When: June 23 at 8:00pm
Where: Place des Festivals
Tickets: Admission is free, tickets are not required

Celebrate St. Jean Baptiste Day bonfire-style. The French tradition of lighting a bonfire on St. Jean Baptiste Day was only recently revived in 2013, however, the tradition dates back as far as Quebec’s first settlers in the 17th century. While Montreal’s official Fete Nationale bonfire will be happening in Olympic Park at 8:00pm, bonfires will be set ablaze all over the city so be sure to check out your local borough’s planned activities.

When: June 24, 8:00pm
Where: Olympic Park
Tickets: Admission is free, tickets are not required

Montreal’s Chinatown street fair has been going strong for two years now so it’s no surprise they decided to bring it back in 2016. While Montreal’s Chinatown may not be the biggest in the world (or anywhere close to the biggest,) strolling around this unique sidewalk sale will be a great way to relax in the afternoon. After all, the parade will finish around 3:00pm and the bonfires won’t start until 8:00pm. That leaves a whole free chunk in your afternoon. Why not fill it with stalls and stands of bootleg DVDs, cheap clothes, and delicious Chinese food?

When: June 24 to 26
Where: Rue de la Gauchetière, from Rue St-Dominique to Rue Côté
Tickets: Admission is free, tickets are not required

There will be games, arts and crafts, bonfires, and live music and dancing happening in each of the boroughs! Celebrate where you live or join in on another Montreal borough’s celebrations. Whatever you do, make sure you’re decked out in blue and white, fleur-de-lis, and giving your best attempt at speaking Quebecois French. Click here for more info on the festivities happening in each neighbourhood.

When: June 24
Where: Various locations
Tickets: Admission to all events in Montreal boroughs are free, tickets are not required

For more information on this year’s official festivities, click here.