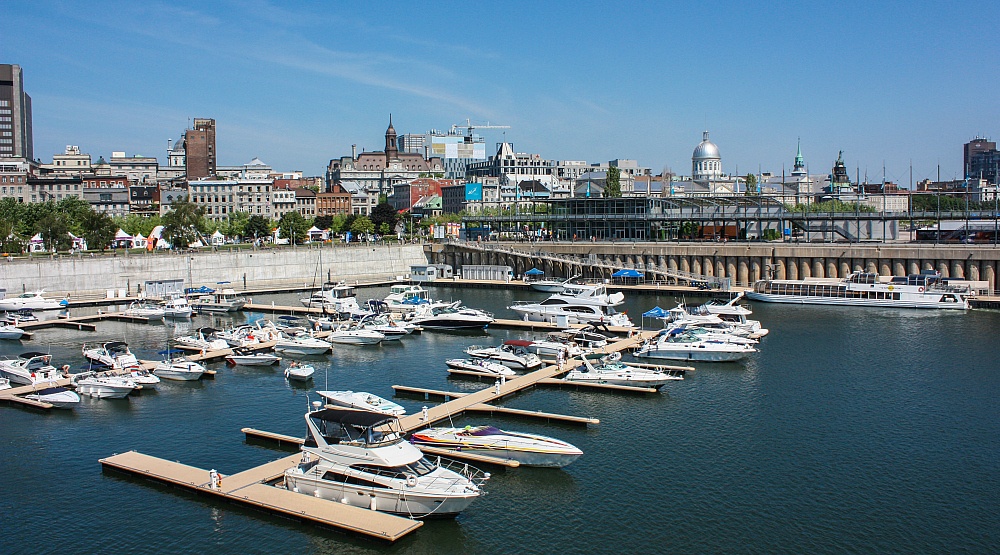 We’re right in the middle of the week and there are plenty of events to check out around town. Make this Humpday a good one, Montreal.

Start your day with fresh air and yoga at the Jardins Gamelin. Bring your mat and get ready to downward dog your way into Wednesday.

The exhibition Fashioning Expo 67 invites visitors to enter the world of Expo 67 and experience the effervescence of Montreal’s fashion moment. The exhibition will feature over 60 outfits —hostess uniforms from various pavilions, clothing by Quebec designers— and products from every sector of the Canadian fashion industry, including hats, gloves, umbrellas, purses, jewellery, and even fur.

Located in the Quartier des Spectacles between Jeanne-Mance & St-Laurent, Bouffons MTL! is part of the Just for Laughs festival and also the largest open-air gastronomy village in North America. This year’s honorary guests are Marc-André Jetté and Jessica Harnois. The chef and the sommelier will host a series of meet & greets and other conferences, in addition to serving a special Bouffons MTL! menu. Some of the returning favourites on the program this year are Mandy’s, Jerry mobile from Jérome Ferrer, Maïs, Porchetta while the festival welcomes some newcomers such as Brit & Chips, as well as ice cream & sorbets from crafty dairy bar Les Givrés.

This exceptional concert will mark Seinfeld’s return to Montreal’s Just For Laughs Festival since first performing back in 1989; and Gad’s second English appearance at the festival following sold out performances and rave reviews for the premier of his first English one person show run at last year’s festival.

For 2017, L’International des Feux Loto-Québec is preparing a highly entertaining 33rd edition, in honor of the 375thanniversary of Montreal and 50th anniversary of La Ronde. Le Quai de l’Horloge remains one of the best spots in the city to catch the show!