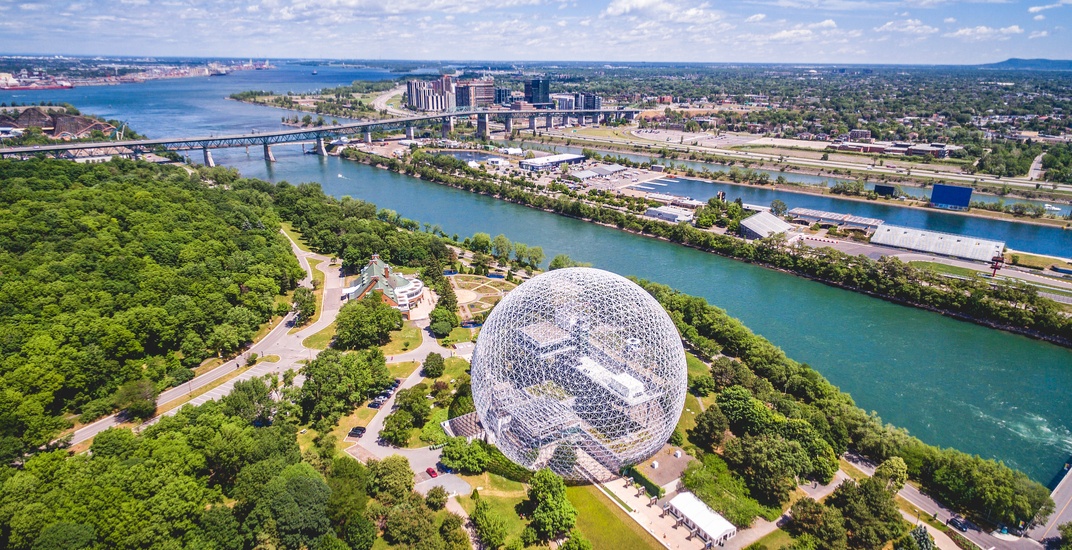 It’s officially the first day of August and there is plenty to do around town today. Get out there and make this Tuesday a good one.

A new exhibit on famed Canadian editorial cartoonist, Aislin is now on at the McCord Museum. The exhibit showcases 50 years worth of work from Aislin, whose real name is Terry Mosher. Mosher wrote for the Gazette for many years, and is considered one of the most influential political cartoonists in all of Canada. In fact, Maclean’s has even referred to Aislin as “probably the best satirist in Canada.” Not only does Aislin’s work make you think, but it reflects “Canadian society in its beautiful and less glorious moments.”
When: Until August 13, 2017
Where: McCord Museum, 690 Sherbrooke St W

Parc Jean Drapeau’s Aquazilla, the park’s resident inflatable obstacle course on the water, is back for summer 2017. The 30×35 meter inflatable structure is comprised of obstacles, slides, and more in the form of a wiggle bridge, a water trampoline, an infinity loop, monkey bars, a flip bag, and a giant swing. Aquazilla officially opened June 12th and will be open between 10am and 7pm daily until August 27th. Tickets cost $12 per hour for children and $15 per hour for adults.
When: Until August 27, 10 am-7 pm
Where: Beach Jean-Dore, Parc Jean Drapeau

Voiles en Voiles has returned to Old Port once again! Open all summer long, this attraction encourages both children and adults to “live a memorable adventure.” This family park features 61 activities and will have Montrealers exploring a giant pirate ship by way of climbing, sliding aerial adventure courses, and inflatable games. Whether you want to soar 20 feet high in the air, conquer a built-in rock climbing wall, or play in a bouncy castle, there is something for everyone. Rates vary depending on which activities you want to do aboard the ship. For example, access to the inflatable games is just $12, while access to the inflatable games, rock climbing wall, aerial courses, and the all aboard course will set you back $45. No matter which you choose, it’s guaranteed to be an afternoon you’ll never forget! Be sure to head down to Old Port before the end of the season.
When: Until the end of October
Where: Place des Vestiges, Old Port

A new temporary exhibition at the Montreal Museum of Fine Arts opened and we couldn’t be more excited! Titled Love is Love, the exhibit showcases French designer, Jean-Paul Gaultier’s haute couture bridal creations. Centred around a grand wedding cake, Love Is Love displays Gaultier’s most beautiful and mesmerizing bridal ensembles. According to the official description, “Their daring lines and exquisite artistry bear witness to the eccentricity of this iconoclastic designer who is renowned for his spectacular silhouettes as well as his humanist, inclusive vision. This celebration of marriage and love brings together heterosexual, homosexual, intercultural and interracial couples in diversity and peace.”
When: Until October 9, 2017
Where: Montreal Museum of Fine Arts