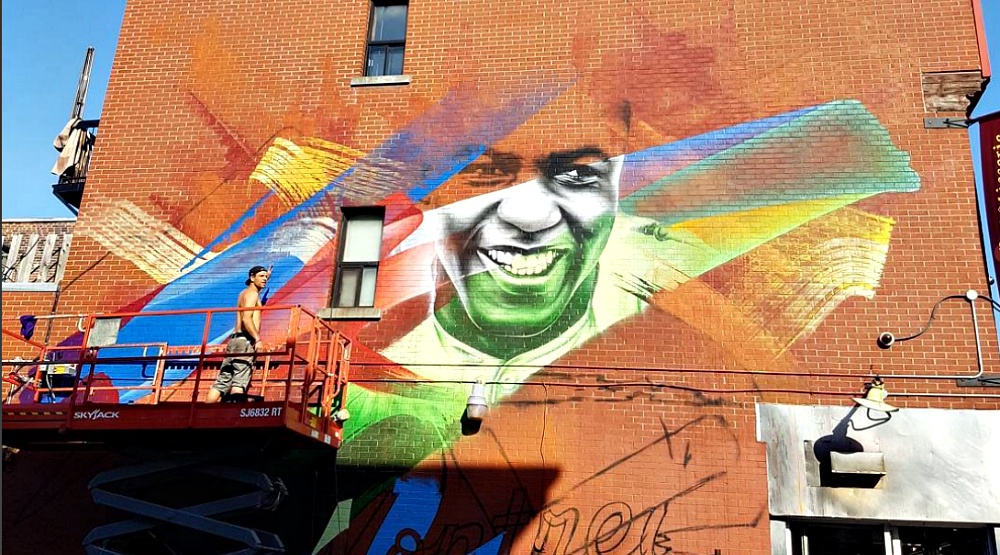 Mural Festival 2017 kicked off this past weekend, and what a weekend it was!

For the festival, Blvd Saint Laurent was closed to traffic between Rue Sherbrooke and Avenue Mont-Royal so some of the world’s best street artists could work on their inspiring creations for the 2017 festival.

Montrealers who attended could watch the artists live as they sketched and painted a variety of murals, all of which could be found on and around Saint Laurent.

In addition to the artwork, Mural Fest becomes a hub for music, food, and fashion. In essence, this hip festival also serves as a giant Plateau sidewalk sale consisting of food trucks, terrasses, games, live concerts, and clothing sales at some of Saint Laurent’s best boutiques!

For those that missed it, you have until June 18 to partake in the Mural Fest fun!

In the meantime, check out 27 photos from the opening weekend of Mural Fest 2017.