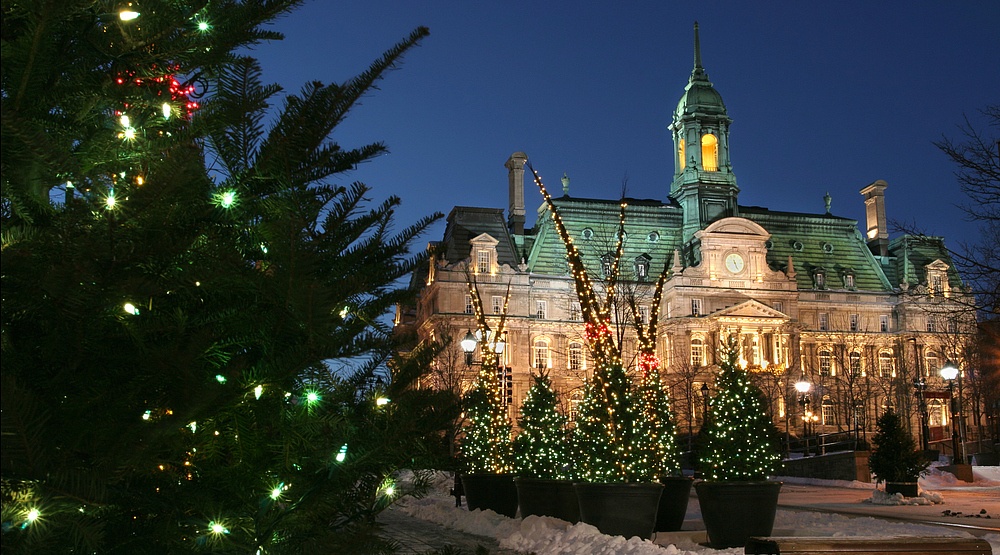 The Christmas season is upon us!

Spread some cheer and celebrate the holiday by participating in any one of the festive events Montreal has in store.

The 13th edition of 12 Barz of Christmas, otherwise known as the go-to holiday bar crawl is happening on December 2nd. Starting on Saint Laurent, this unique holiday party event is guaranteed to be a wild night of holiday fun as participants join teams and bar hop through the Plateau. You can find more info on tickets here.
When: December 2
Where: Boulevard Saint Laurent

Combining Christmas and Montreal’s tech community is TechNoel 2016. This holiday party welcomes startups, entrepreneurs, investors, and web agencies to their festive dinner & drinks event. Celebrate the holiday season, network with fellow members of the technology industry, and support MTLinTech in the process. Tickets start at $15.
When: December 15
Where: Le Drink, 3565 Boulevard Saint-Laurent

For the first time ever, some of the best figure skaters in the world gather to put on the ultimate Christmas performance on ice. This one-act ballet begins with a rendition of Cinderella before a procession of solo numbers commence.
When: December 17
Where: Sportplexe Pierrefonds, 14700 Pierrefonds Boulevard

The Puces Pop Fair is coming to Montreal this December for their annual Winter Edition. The 2016 Winter Edition will take place over the course of two weekends, December 9-11 and December 16-18. This arts & crafts fair arrives just in time for the holidays so you can get your Christmas shopping on. All of the vendors will be local and they will be selling everything from soap and teacups to clothing and maps.
When: December 9-11 and 16-18, Fridays 3pm-9pm, Saturdays 11am-7pm, Sundays 11am-5pm
Where: Eglise Saint-Denis (5075 Rivard, corner Laurier – Laurier Metro)

Hosted by the Church of St Andrew and St Paul in Montreal, Carols by Candlelight is an annual Christmas tradition in which the church’s choir sings Christmas carols all night long. Accompanied by a candle-lit procession, choral music, readings, and meditation, this event welcomes Montrealers everywhere.
When: December 18, 7pm
Where: 3415 Rue Redpath

The official Christmas party of the season, the Montreal Christmas Bar Crawl will draw over 10,000 people as you weave your way through some of our city’s hottest bars. Though there aren’t a ton of details yet, it’s safe to say that this will be a night to remember.
When: December 23
Where: TBA