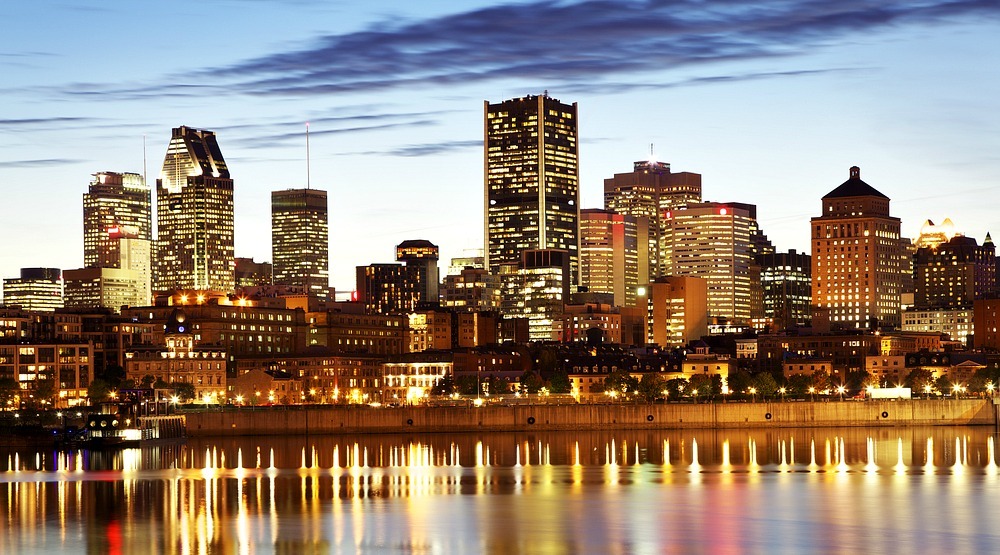 Though 2016 has certainly been an incredible year in Montreal, there are many reasons to be excited for 2017.

From concerts at the Bell Centre to winter festivals in Parc Jean Drapeau, check out 17 things to look forward to in 2017.

The highly acclaimed Broadway musical is making its way to Montreal in January 2017. From January 3rd until January 8th, Kinky Boots will be taking over Salle Wilfrid-Pelletier at Place des Arts for 8 consecutive shows. Kinky Boots made its Broadway debut in 2013, only to receive 13 Tony award nominations and 6 Tony wins in the 2013 awards season.
When: January 3-8, 2017
Where: Salle Wilfrid-Pelletier, Place des Arts

International pop star Ariana Grande is back on the road for her biggest tour yet and stops at the Bell Centre on March 6. The Dangerous Woman Tour kicks off in February and includes 36 dates throughout North America.
When: Monday, March 6, 2017, 7:30pm
Where: Bell Centre, 1909 avenue des Canadiens-de-Montreal

St. Patrick’s Day 2017 brings yet another year of hilarious antics and green beer. The pillar of the festivities, the St. Patrick’s Day Parade, is back and slated for March 19, 2017. As per usual, the parade will begin on Saint Catherine Street in downtown Montreal and make its way east towards Phillips Square. Be sure to wear your best green outfit!
When: March 19, 2017
Where: Downtown

Nuit Blanche will once again be kicking off the Montreal En Lumiere Festival. Over the course of one night on March 4th, Nuit Blanche invites Montrealers to participate in 200+ activities, including art exhibitions, music, dancing, stories, and installations.
When: March 4, 2017
Where: Various locations

Montreal’s coolest (get it?) winter music festival is back. Happening four weekends in a row in the dead of winter, Igloofest will be taking over Old Port with their incredible lineup of electronic musicians. The 2017 lineup includes Kim Ann Foxman, Grand Theft, Tiga, and Vakuum to name a few.
When: Every Thursday, Friday, and Saturday between January 12 and February 4, 2017
Where: Old Port

Though the dates have yet to be announced for 2017, La Poutine Week historically takes place in early September. Last year’s week long poutine festival featured some absolutely over-the-top creations from some of Montreal’s best restaurants including ART:brgr, Bar Brutus, Dirty Dogs, and Faberge. We’re sure that La Poutine Week 2017 will be just as cheese-curd filled as 2016.
When: TBA, check the website for updates
Where: Various locations, TBA

Brit band Bastille is back on the road and returning to Montreal’s Bell Centre on their “Wild Wild World Tour” on March 26, 2017. The tour takes the Grammy nominated band across arenas and theatres all over the US and Canada, with stops in Toronto and Vancouver. The new concert announcement comes on the heels of Bastille’s “The Born To Be Wild World North American Mini Tour” tour, a short run of intimate venues that sold out in minutes.
When: Friday, March 26, 2017, 7:30 pm
Where: Bell Centre, 1909 Avenue des Canadiens-de-Montréal

Yes, it’s true! Montreal is turning 375 years old. In honour of the city’s history, Mayor Denis Coderre along with the City of Montreal have some extra special festivities planned for the occasion. Though the revamping of Place Jacques Cartier has been put on hold, the plans to light up the Jacques Cartier Bridge are still a go. You can expect some pretty elaborate celebrations come May 23rd.
When: May 23, 2017
Where: Various locations

The Revamping of Sainte Catherine Street

Nonstop Flights Between Montreal and Shanghai

Due to Maroon 5 front runner Adam Levine’s wife announcing her pregnancy, the band had to cancel several of their 2016 tour dates for their Maroon V tour. However, it just gives us one more thing to look forward to in 2017. The band, who was scheduled to perform at the Bell Centre on September 23, have postponed their Montreal tour date to February 24, 2017.
When: February 24, 2017
Where: Bell Centre, 1909 avenue des Canadiens-de-Montreal

Launching in March 2017 and in celebration of the 375th anniversary of Montreal the city, Digital Fashion Week Montreal’s first edition will kick off in 2017 and take over where the late Montreal Fashion Week left off. With official beauty partners Maybelline New York, Redken 5th Avenue New York, and Essie, the concept of DFW is all about the future of fashion and re-writing the fashion week business model.
When: March 27, 2017
Where: TBA

You can now enter the world of Westeros sooner than you thought. An immersive music and visual experience that will bring the Seven Kingdoms using state-of-the-art technology, will take you on a musical journey from King’s Landing to Winterfell, along the northern stretches of the Kingsroad to The Wall and across the Narrow Sea to Braavos, Meereen and beyond. The genius talent of Game of Thrones composer Ramin Djawadi, along with a full orchestra and choir, will take over the Bell Centre next March recreating the various realms through music while showcasing footage from the show and through new imagery created exclusively for the tour.
When: March 3, 2017
Where: Bell Centre, 1909 avenue des Canadiens-de-Montreal

Blue Jays at the Olympic Stadium

In what has becoming an annual tradition, the Toronto Blue Jays will close out their spring training schedule at Montreal’s Olympic Stadium, this time with a two-game set against the Pittsburgh Pirates on Friday March 31st and Saturday April 1st. Until the Expos return, it looks like you’ll be stuck rooting for the Toronto Blue Jays for a couple exhibition games at The Big O next spring.
When: March 31 and April 1, 2017
Where: Olympic Stadium

In celebration of Canada’s 150th birthday, entry into all of Canada’s national parks will be free for visitors in 2017. Quebec alone has 24 national parks, stretching from Mount Tremblant to the Gaspe Peninsula. For a little inspiration, check out this complete guide to national parks in Quebec.
When: 2017
Where: Various locations