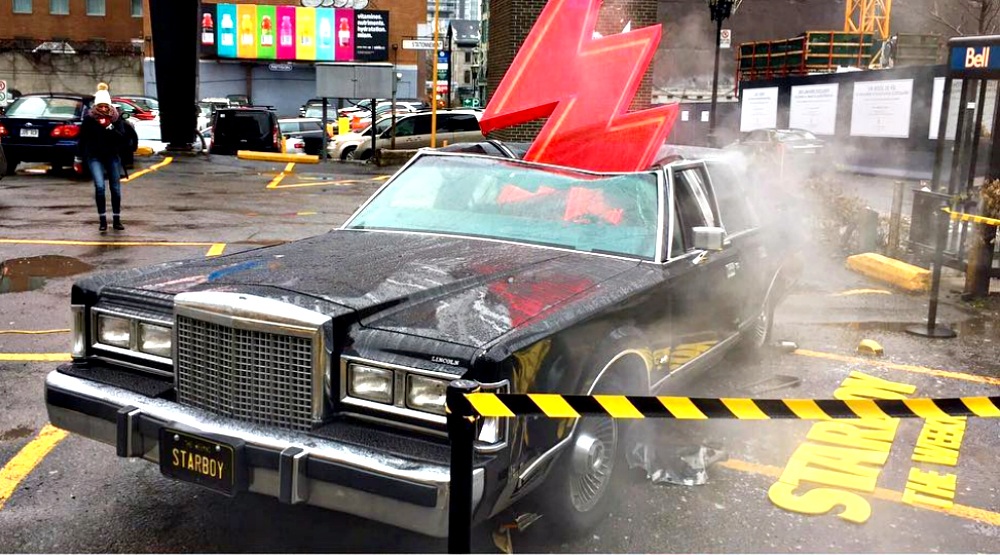 The Weeknd’s new album, Starboy, dropped Friday, and in its honour, a pop-up car was spotted in downtown Montreal.

A parked black Lincoln with a giant red light bolt coming out of the top took over the corner of Maisonneuve and Montagne. On the ground beneath the car, yellow lettering that read “Starboy – The Weeknd” could be seen. The license plate is also a nod to the singer’s name. Finally, the windows were down, the stereo was blasting Starboy, and the entire installation was surrounded by yellow caution tape.

Talk about some genius guerrilla marketing.

Of course there was no lack of epic images being snapped of this beauty all weekend but in case you missed it, here are 14 photos of the installation: