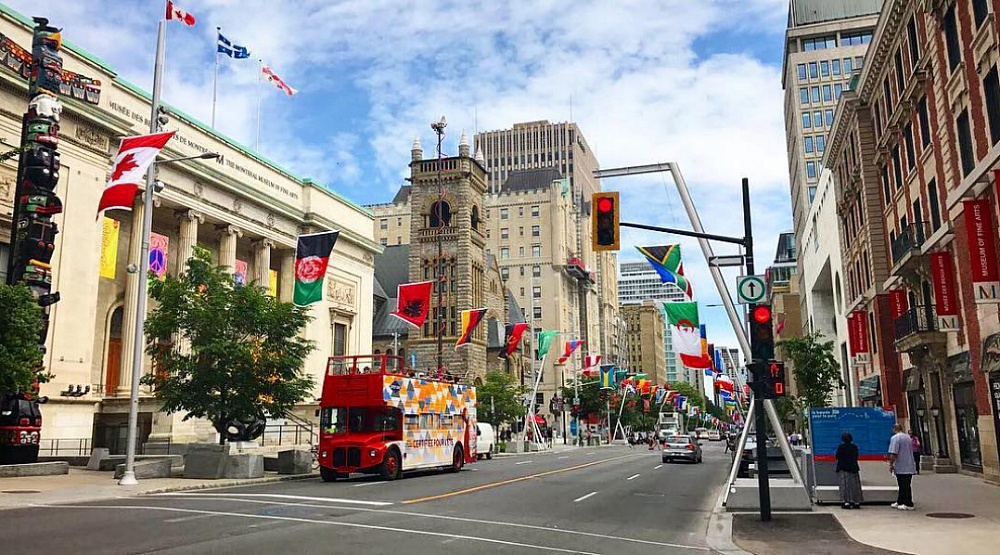 Last year, we reported that an open-air museum was coming to Sherbrooke Street West in honour of Montreal’s 375th anniversary.

Set up on Sherbrooke between the Montreal Museum of Fine Arts and the McCord Museum, this open-air museum includes sidewalk installation, photographs, and most notably flags.

Though you may have thought the flags lining Sherbrooke were a special attraction for last week’s Grand Prix, it turns out they are actually part of Sherbrooke’s new open-air museum, and thus will be flying until October.

There are over 200 flags currently hanging above the street, representing a vast number of countries around the world, in addition to Canada’s 13 provinces and territories.

Other artwork and installations include totem poles, giant sculptures, and informational boards, all of which are intended to “convey a message of peace and reflect the universal values of humanism, tolerance and openness that inspired Expo 67.”

For all those who haven’t visited downtown Montreal in the past couple weeks, check out 13 photos from Sherbrooke’s open-air museum.