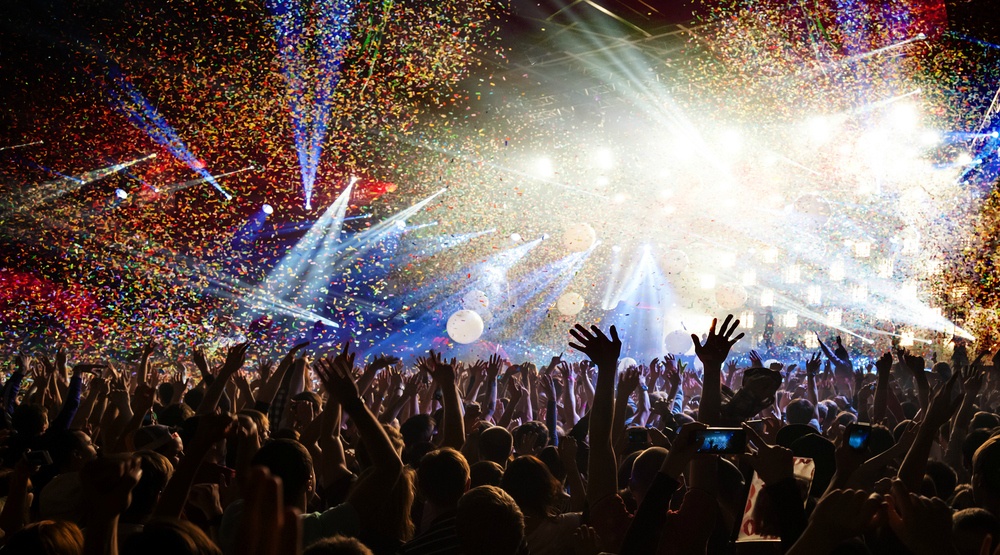 Montreal’s music scene is one fire!

This month sees some of the biggest acts in the biz (Ed Sheeran, Metallica, and Queen) performing in our fair city, not to mention a number of music festivals taking over the province.

Check out 10 concerts happening in and around Montreal this July.

Centred on peace and fun, Saint-Ephrem-de-Beauce’s annual Woodstock en Beauce music festival evokes the spirit of the original Woodstock Festival in 1969. In the past headliners have included The Tragically Hip, The Offspring, Sum 41, Cheap Trick, and more, this year’s headliners are none other than Kevin Parent, Rymz, Angel Forrest, Rick Hughes, Alacair Ensemble, and Michel Pagliaro.
When: June 28-July 2, 2017
Where: Saint-Ephrem-de-Beauce, Quebec

Joey Badass, the American rapper from Brooklyn, is performing at Metropolis. Hot on the heels of a TV appearance on Mr. Robot and the release of his second studio album, All-Amerikkkan Badda$$, we can’t wait to see the 22-year-old take the stage come July 5th!
When: July 5, 2017
Where: Metropolis

The Canadian rock band from Lindsay, Ontario is making their way to Montreal for one night only this July. Perform tracks from last year’s studio album, Hope, as well as their recently-released single, “Young & Wild,” you won’t want to miss seeing this alternative country band perform live!
When: July 6, 2017
Where: Metropolis

The International Jazz Festival returns to our fair city this June. Taking place over the course of two weeks, hundreds of jazz musicians will flock to Montreal to perform in both outdoor and indoor venues across the city. 2017 headliners include Squarepusher, Matt Holubowski, Bob Dylan, Her, and Andrea Lindsay.
When: June 28-July 8, 2017
Where: Various locations

Quebec’s massive summer music festival returns with a killer lineup! 2017 headliners include Kendrick Lamar, P!nk, Nick Jonas, Backstreet Boys, Lady Antebellum, Metallica, Muse, and The Who, so be sure to buy your passes and book your trip to Quebec City ASAP!
When: July 6-16, 2017
Where: Quebec City, Quebec

The British rockers and American singer are back together for another collaboration tour, and they’re coming to the Bell Centre on July 17. What began in 2011, Queen + Adam Lambert have turned into quite the combo touring across North America, South America, Europe, Australia, and Asia. Their 2017 North American tour kicks off on June 23 in Phoenix, Arizona and will see Brian May, Roger Taylor, and Adam Lambert debuting a new show specially designed and created for this tour, bringing Queen favourites like “Another One Bites The Dust,” “Bohemian Rhapsody,” “We Will Rock You,” and “We Are The Champions.”
When: July 17, 2017
Where: Bell Centre

Spoon and The New Pornographers

American rock band, Spoon, returns to Montreal to perform tracks from their latest album, Hot Thoughts. Canadian indie rock band, The New Pornographers will be opening for them, making it well worth the $38 ticket fee!
When: July 23, 2017
Where: Metropolis