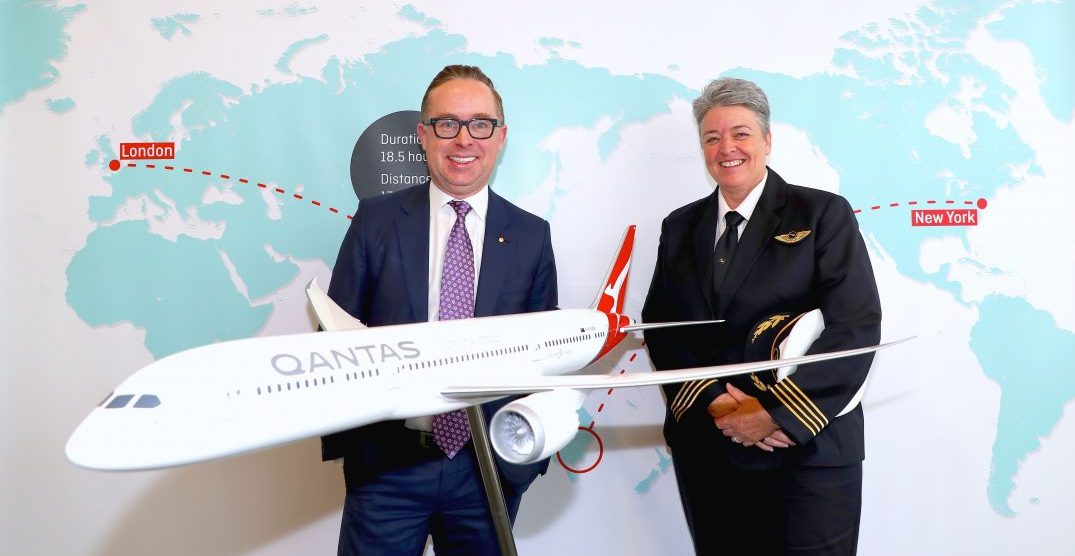 If you’ve ever wanted to fly from New York and London to Sydney without making any layovers, that may become a reality.

Three flights using new Boeing 787-9s will be tested over the course of three months from October to December — two from New York to Sydney and one from London to Sydney — as part of Qantas’s Project Sunrise.

This will mark the first time a commercial airline has ever flown direct from New York to Australia and the second time from London to Sydney.

“There’s plenty of enthusiasm for Sunrise,” Alan Joyce, Qantas Group CEO, said in the press release. “But it’s not a foregone conclusion.”

Each flight will only carry a maximum of 40 people, including crew, to minimize weight and increase the fuel range. Carbon emissions will also be fully offset.

Qantas employees will wear technology devices and participate in specific experiences at different stages of the flight which takes approximately 19 hours.

Sleep patterns, food and beverage consumption, lighting, physical movement, and inflight entertainment will be monitored by scientists and medical experts to assess impacts on health, wellbeing, and body clock

Pilots will wear electroencephalogram (EEG) devices that will track brain wave patterns and alertness. The data gathered will be used to build optimum work and rest patterns.

“For customers, the key will be minimizing jet lag and creating an environment where they are looking forward to a restful, enjoyable flight,” Joyce said. “For crew, it’s about using scientific research to determine the best opportunities to promote alertness when they are on duty and maximize rest during their downtime on these flights.”

A final decision is expected to be made by the end of December 2019.