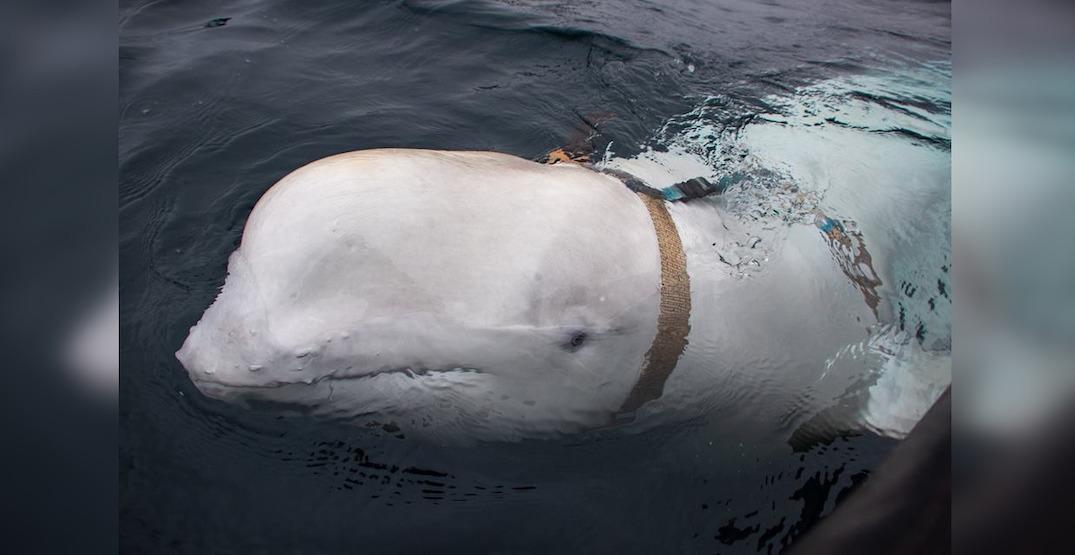 A whale wearing an unusual accessory has caused quite a stir since it was spotted last week.

Fishermen off the coast of Norway saw a beluga whale wearing a harness and according to marine experts, it is believed to be trained by the Russian military.

According to CNN, marine biologist Jorgen Ree Wiig said the harness looked to be “specially made” and had “mounts for GoPro cameras on each side of it.” The clips read “Equipment St. Petersburg.”

“The fact that it’s a trained animal is undoubtable… It’s quite clear that the whale is searching out the boat, and that it’s used to being around boats. The whale is coming up with its head above the water, opening its mouth, which suggests that it’s expecting to be fed fish as a reward.”