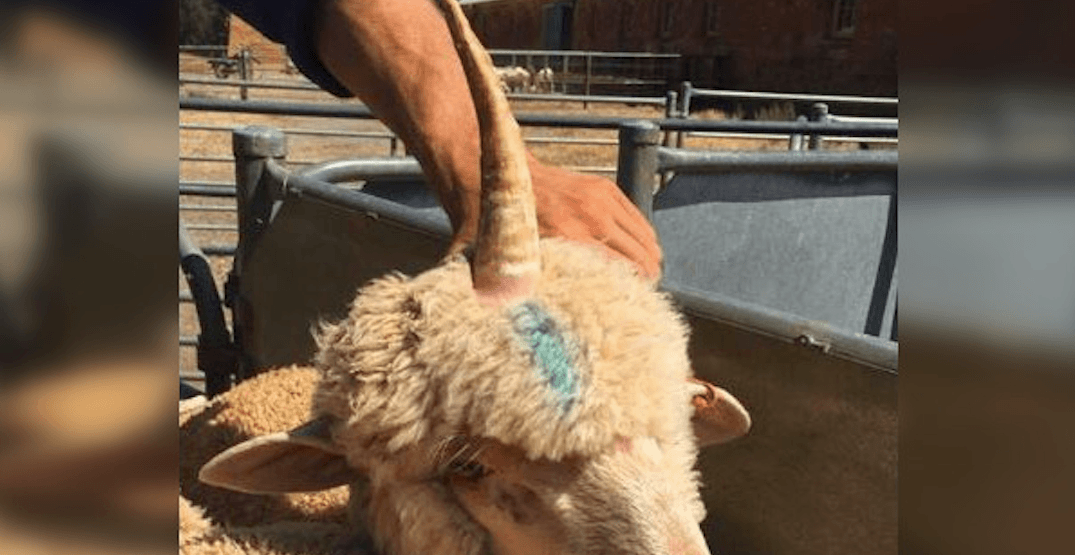 Although unicorns have long been thought to exist only in fairytales, apparently this mythical creature is real — in sheep form.

The unicorn sheep is a result of the animal’s horns being altered, either by nature or nurture, to result in a single horn sticking out of its head to resemble a unicorn.

One such sheep named Joey is going viral due to its unique ‘unicorn’ look, and the fact that its life was just saved.

Joey’s second horn is stunted, resulting in the single horn sticking straight up from his head and giving him the ‘unicorn’ look.

As discovered by local stock agent Michael Foster, Joey was destined for an unfortunate fate in his hometown of Burra, Australia. He came to learn that this unique sheep was going to be slaughtered, and managed to persuade the owner to give him the special animal in exchange for two cases of beer.

“I thought it might have been a joke to start with, but I thought, ‘yeah it looks like a unicorn,'” Foster told 7News in Australia.

Meet Joey the ‘unicorn sheep’ who was saved for the price of two cartons of beer 🦄🐏🍺 https://t.co/Nv9EdIkwn4 📷 via Michael Foster pic.twitter.com/yBdv6GHA4Y

Foster said that he plans on making Joey the unicorn sheep famous around the world.

“We’ll break him in, take him to shows and pageants, and who knows where we can go, maybe Hollywood,” says Foster.

Joey isn’t the first unicorn sheep to have been discovered.

In 2017, farmers in Iceland found that a sheep from their livestock also resembled the mythical animal. According to BBC, the sheep, named ‘Einhyrningur’ which is “unicorn” in Icelandic, had its two horns fused together, giving the appearance of one big horn.

And those aren’t the only examples. See, unicorns exist all over the world, you just have to look for them!