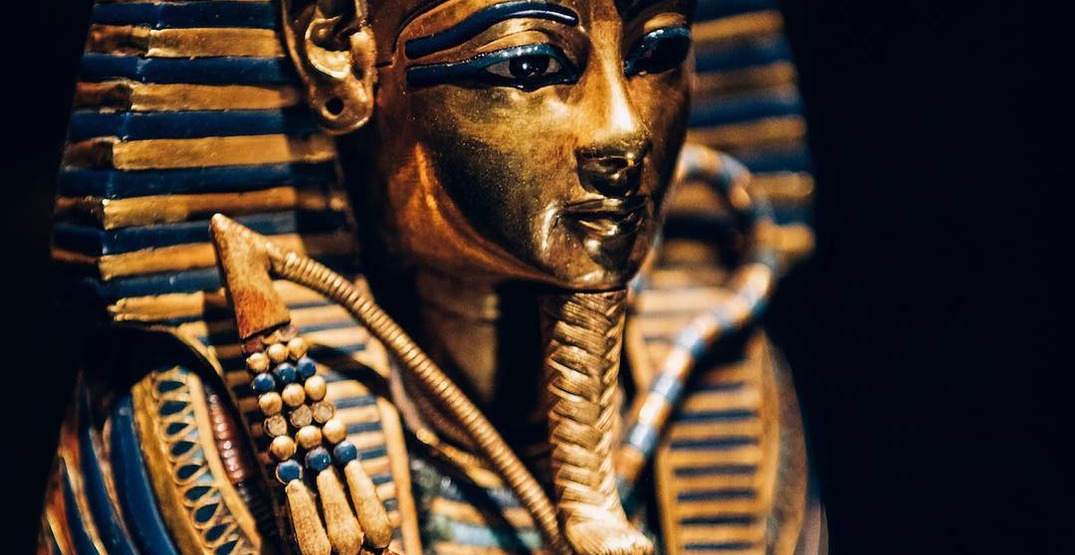 For a limited time only, experience the final tour of one of Egypt’s most illustrious Pharaohs, Tutankhamun.

A key figure in the country’s history, Tutankhamun — known colloquially as ‘King Tut’ — rose to ascend the throne at the ripe age of 9, earning him the nickname the “Boy King.” He only held the throne for 10 years before his passing.

However, though his reign was short, Tutankhamun’s rule was especially notable due to his reversing of the chaotic religious reforms implemented by his father, Pharaoh Akhenaten.

King Tut is a pinnacle historical figure for Egypt for multiple reasons, one of which is his tomb.

Uncovered by British archaeologists Howard Carter and Lord Carnarvon in 1922, the tomb was pristinely intact and held an abundance of fabulous, affluent treasures that provided insight into the lifestyle of the royal elite.

Now, visitors can experience these extravagant treasures first hand at the exhibition “KING TUT, the Treasures of the Golden Pharaoh” at the Saunders Castle at Park Plaza in Boston.

“The exhibition ‘KING TUT, the Treasures of the Golden Pharaoh,’ will celebrate the centenary of the discovery of the royal tomb by presenting a collection of exceptional masterpieces,” the official website explains.

The exhibit will unveil to guests over 150 original objects found in the tomb, with 60 pieces embarking on their inaugural trip outside Egypt for this one occasion before returning as a permanent installment at the Grand Egyptian Museum, currently under construction.

The website encourages guests to “come and discover the most famous of the Pharaohs, and the young sovereign’s personal belongings as you follow his passage into everlasting life.”

Recently closing in Paris, the exhibition was France’s most visited exhibit ever with over 1.4 million people coming to marvel at its various splendours, according to the official website.

As such, passes for this exclusive exhibit are expected to sell out. Those interested are urged to book tickets well in advance.

If you would like to learn more and delve into the mysterious and fascinating pasts of one of Egypt’s most significant historical figures, you can register for the ticket lottery for advance purchase access to tickets.

The exhibition opens in Boston for a limited time on June 13, 2020.