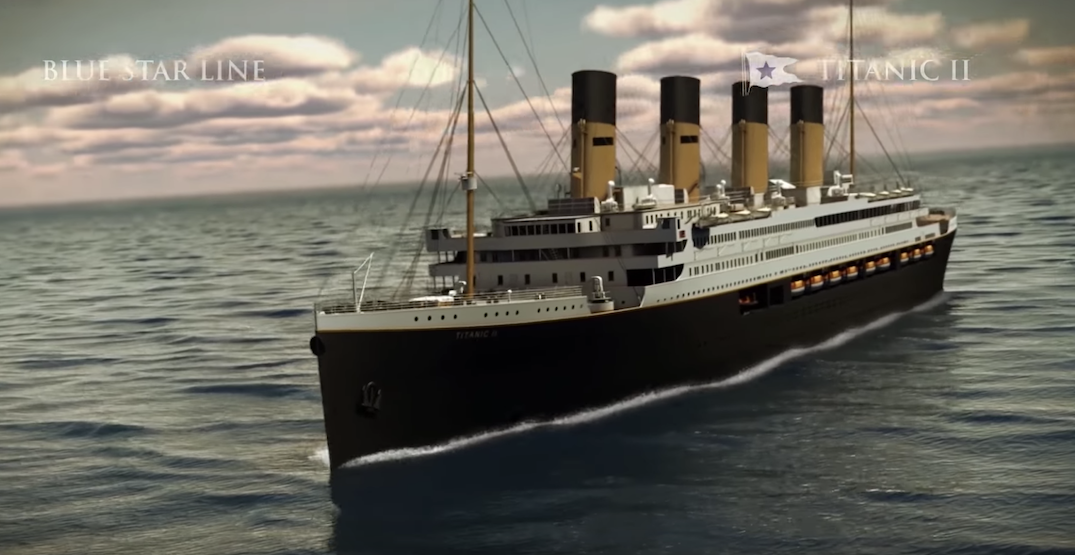 In a world full of reboots, prequels, remakes, and sequels, it should come as no surprise that in 2022, 110 years after the original, Titanic II is slated to set sail. The ship will be a replica of its famous predecessor and will travel the same route as the 1912 path, from the United Kingdom to New York City.

The Titanic II will set sail in 2022 following the same route as the original https://t.co/yQ2iaxnxo9 pic.twitter.com/ZoHJVBvy1u

Since the titanic announcement, the Internet reacted the best way the Internet knows how: it took to social media and flooded it with jokes, memes and GIFs.

The project announced its European director for example, Clive Mensink (for real). Some jokes just write themselves.

With that said, we’ve boarded some of the best reactions, here’s what the Twitterverse was thinking about the news.

After this let’s recreate the Hindenburg https://t.co/5i04qJpKxV

Do you long to experience a tragic shipwreck? Hoping to meet a nice young man who will freeze to death before your eyes? Tired of breathing in a general sense? Have we got news for you! https://t.co/MeNPedPalD

Icebergs waiting on Titanic II to roll by pic.twitter.com/7kcSzuOwJH

“Titanic II to set sail in 2022, following the same route as the original”

How many people are going to fall off the front of the Titanic II trying to recreate this pic.twitter.com/FfPbpHiRav

The doors better be big enough for both Leo and Kate this time around. #titanic2https://t.co/rllOw1CIO4

Somewhere in the world James Cameron is drafting his Titanic sequel pic.twitter.com/sEHT9HRAl4

“Global warning has melted all the icebergs so it’s safe this time!” https://t.co/RTDKhpxQQn

I low-key want to buy tickets for the Titanic II just on the off chance I meet a handsome painter and a handsome billionaire who will fight for my hand in marriage. pic.twitter.com/Cd4vfJuquk

Everyone on the titanic 2 when they feel a slight bump pic.twitter.com/gFhLQv9sSS

When the Titanic II launches in 2022 pic.twitter.com/GhC7iAL46p