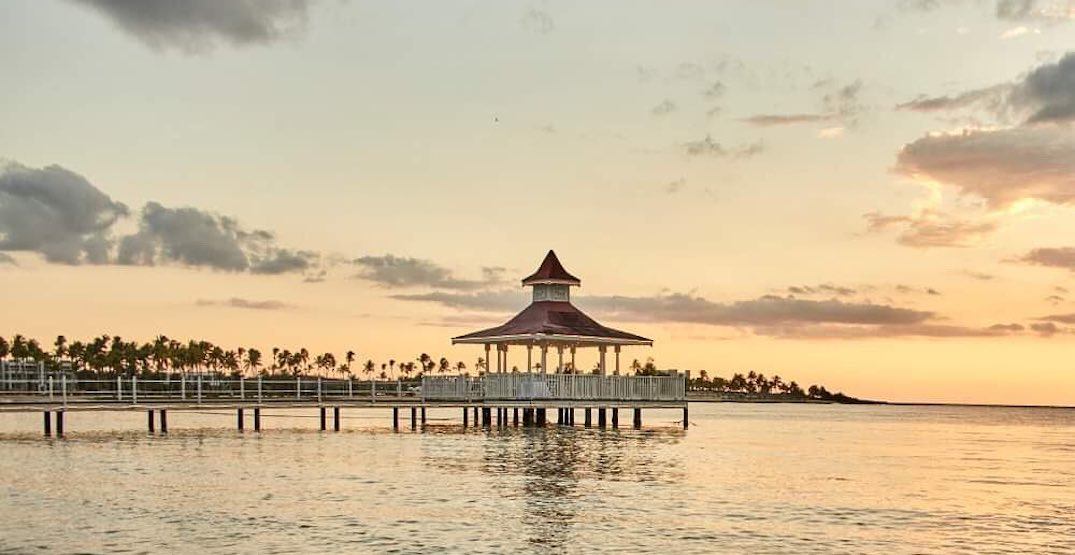 Something strange is afoot at resorts in the Dominican Republic and experts are finally on the case.

Global health authorities are coming together in an effort to explain why several tourists in the Dominican have fallen sick or died in recent months. The Centers for Disease Control and Prevention (CDC) have teamed up with the World Health Organization (WHO) and FBI to conduct tests.

The recent string of deaths, assault, and illnesses have caused concern about visiting the country, whose economy is driven largely by tourism.

According to the Dominican Annual Tourism Exchange, approximately 6.5 million tourists visited the island last year. The Dominican was rated the top travel destination in the Caribbean and has maintained a positive reputation until recent months.

Yet there have been seven suspicious cases where tourists have been assaulted, fallen sick, or died. At Bahia Principe resort locations alone, there were three deaths in the month of May.

A post shared by Bahia Principe Hotels&Resorts (@bahiaprincipehotels) on May 21, 2019 at 3:44pm PDT

In the first alarming incident, Miranda Schaup-Werner was found in her room in an unresponsive state by Luxury Bahia Principe Bouganville resort staff. Officials concluded that the 41-year-old woman from Pennsylvania suffered a heart attack. Bahia Principe released a statement saying that her husband and travel partner also confirmed her history of heart conditions. The trip that ended tragically was meant to celebrate their ninth wedding anniversary.

The second incident occurred on May 30, when an engaged couple from Maryland were found in their rooms by hotel staff on the day they were meant to check out. Both were unresponsive. Cynthia Ann Day (49) and Edward Holmes (63) were staying at the Grand Bahia Principe La Romania, less than a mile away from the sister resort where Schaup-Werner was booked. A preliminary autopsy did not reveal a clear cause of death. Authorities are now waiting on results from a toxicology report, CNN reports.

There have also been several incidents outside of Bahia Principe. A month prior, 67-year-old Robert Bell Wallace died after having a drink from the minibar at the Hard Rock Hotel & Casino in Punta Cana. His cause of death has not yet been released.

Tammy Lawrence-Daley, a 51-year-old woman from Delaware, claimed that she was attacked at the all-inclusive Majestic Elegance resort in Punta Cana in January. She says the hours-long assault was done by a man wearing a resort uniform. While her husband Christopher Daley has accused local authorities of mishandling the case, a spokesperson for Punta Cana’s Tourism Police force told NBC there were “discrepancies” in the Daley’s statements.

As these incidents appear in the news, other Americans are speaking up about their experiences in Dominican resorts.

Awilda Montes, a 43-year-old woman hailing from Queens, New York, also spoke out about her recent stay at Bahia Principe. After drinking what she believed was 7 Up from the minibar, she started to vomit blood. The liquid turned out to be bleach. “I had stomach pains. The chemical burns were all over. I still don’t have sensation in my tongue,” she told New York Daily News.

Likewise, a Colorado couple (pictured above) told CNN they fell ill at the same Dominican resort last June. Kaylynn Knull (29) and Tom Schwander (33) said they were so seriously sick that they had to cut their trip short. Upon returning home, a doctor told them they were likely exposed to organophosphates, a man-made chemical that is typically found in pesticides. They filed a lawsuit against the resort chain earlier this year.

Cooperating with the investigation

Hours after Knull and Schwander’s story appeared in the news, Bahia Principe confirmed that they were cooperating with authorities to aid the investigation.

A hotel spokesperson also told CNN that there are “no indications of any correlation between these two unfortunate incidents.” Bahia Principe

In regards to the information that has been spread by various media outlets and social media, we would like to express: https://t.co/fT2Qj8jR7K
En respuesta a las informaciones que están siendo publicadas por diversos medios de comunicación y redes sociales, manifestamos: pic.twitter.com/BjjJd9mJdd

Officials and resort spokespeople are asking the public to wait for conclusions from official investigations before cancelling their trips.