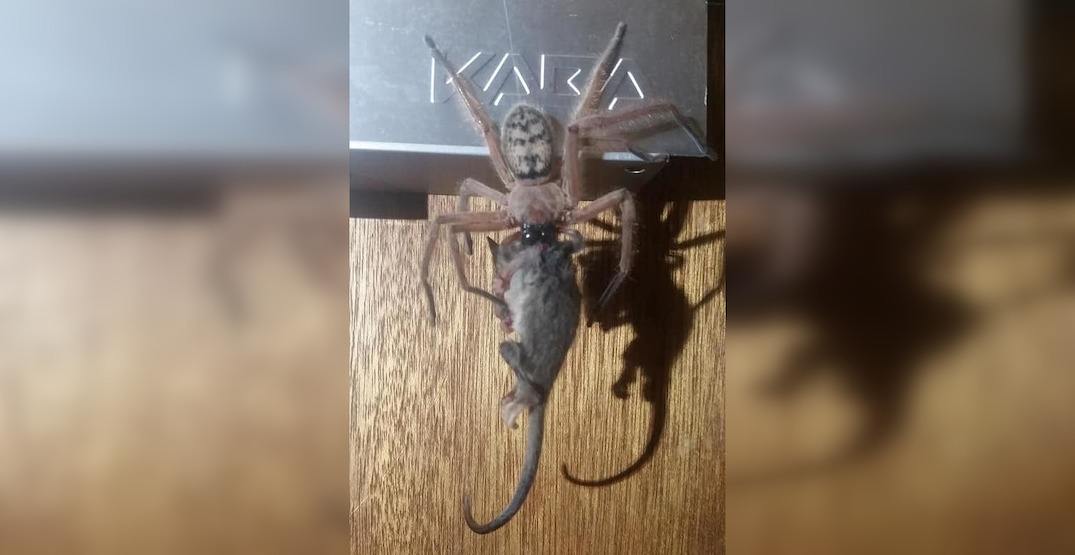 … Let’s go back to the unique wildlife part.

Along with bouncing kangaroos and cuddly koalas, the Land Down Under is also known to have some giant spiders that are scary enough to make you run deep into the Outback until no one can hear your high-pitched screams.

Recently in Tasmania, a man was just minding his own business, going about his day as he headed back to his lodge, when he was welcomed by a very unwelcome guest eating its dinner.

Just to clarify for your nightmares, we’re referring to a massive spider feasting on a possum as it was suspended in the air. 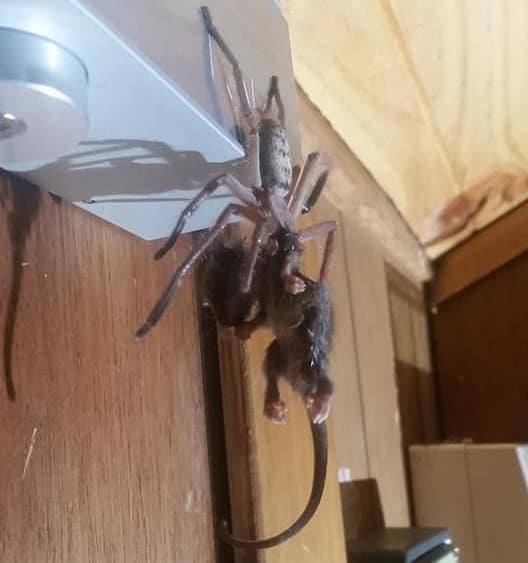 The photo was taken at a ski lodge in Mount Field, reports Business Insider. The diner was a huntsman spider, aptly named because of the way it hunts and kills its prey, instead of using a web like other spiders. The wife of the man who discovered the scene described this particular spider to be the size of an “adult’s palm.”

The unlucky meal was a pygmy possum, which was described as the size of a “small walnut.” Not a typical snack choice for spiders, but apparently this one was extra hungry. 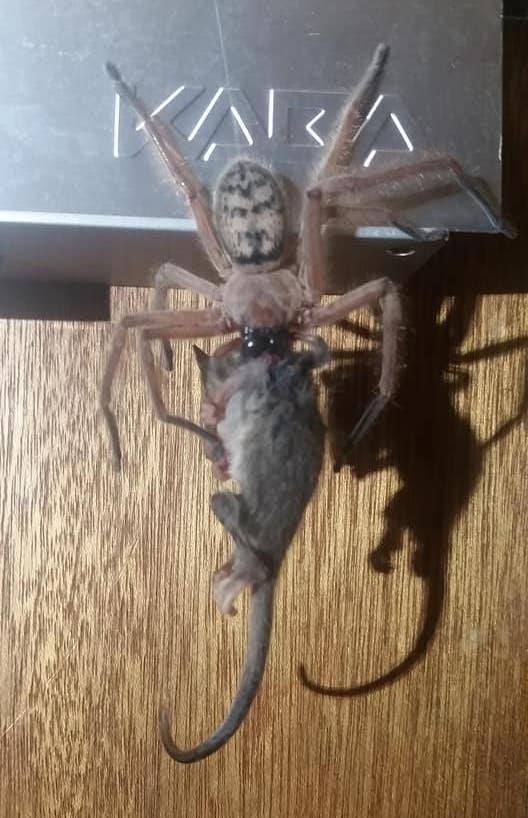 … So that’s what going on in Australia.

Now can we go back to the espresso martinis part?