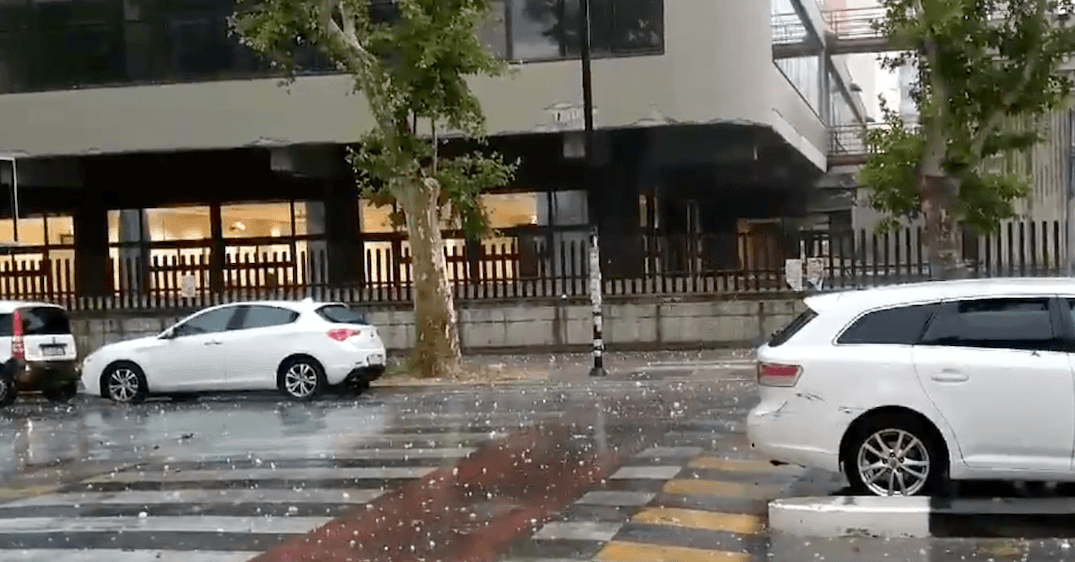 At least 18 people were injured by hail following a massive storm on the Adriatic coast, in Italy, on Wednesday.

According to local reports, the giant hail were as big as oranges, and was accompanied by rain and flooding in the Pescara region.

The hail reportedly also damaged cars, smashed windows, and roofs along the coast.

Many people injured, the city is in state of emergency. Here is the glass of my car, broken by these ice bullets…as well as the roof of the university. I could never imagine something like this can happen, surely not here in #Pescara #Italy #ClimateCrisis #ClimateEmergency pic.twitter.com/uKQHQegesa

“The situation is emergency, all civil protection volunteers, municipal technicians and private companies have been deployed. Immediately after the hailstorm I heard the president of the regional council, who had activated for the declaration of a state of emergency,” he said to local media, according to Google Translate.

Videos and photos on social media showed the size of the hail, and the flooding on Pescara’s streets.

I’ve never seen anything like this in #Pescara #Abruzzo #Italy….pieces of hail as big as an apple… This is really scary!!! #climatechange #ClimateEmergency pic.twitter.com/Q4zcAvhLuj

Hail big as an orange is falling here… pic.twitter.com/F4bXc39uY3

This was the GIGANTIC hail from extreme #hailstorm in #Pescara, Italy this afternoon 10th July! Report; @Frente_atlantic #severeweather #extremeweather pic.twitter.com/MucVitCjF0