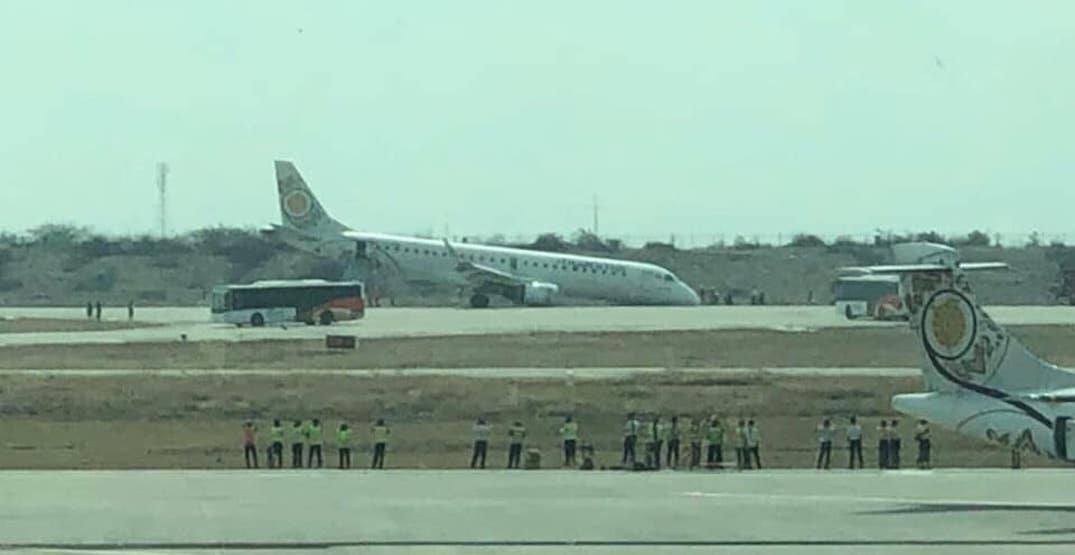 It’s the ultimate catch 22: we love to globetrot, but are terrified of flying. Every news story of a plane crash leaves us vowing to never fly again, but then wanderlust gets the better of us and we jetset away the first chance we get.

We have created the ultimate guide of airline safety tips for nervous flyers, which should help calm your flight anxiety at least a little bit.

But if you’re still feeling unsettled, here is a story that proves not all unexpected landings have to end in tragedy.

The pilot of Myanmar National Airlines’ Embraer 190 is getting praise for an expert landing of a plane that was forced to land on two wheels.

Heading into Mandalay airport, the plane took a nosedive into the tarmac, as it skidded on two wheels before grinding to a halt.

Myanmar National Airlines shared that the nose landing gear was malfunctioning and was unable to activate. The pilot did two laps but was still unable to release the gear, so he followed emergency procedures to help reduce the landing weight and land the plane on the wheels available.

While a dysfunctional landing is every flier’s worst nightmare, this story has a happy ending because all 89 passengers, though undoubtedly shaken, were unharmed!