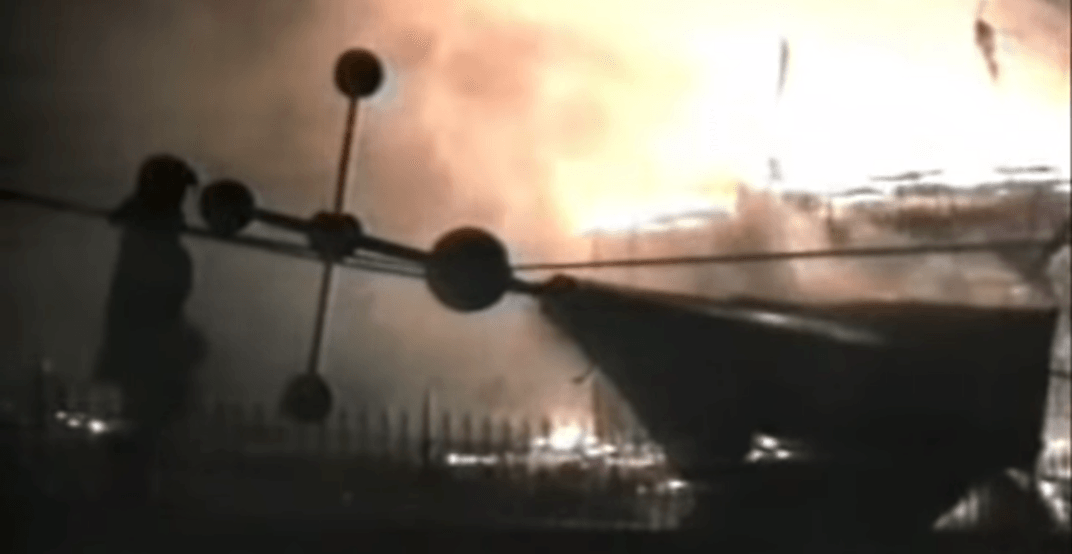 Last week, the world watched as a burning Notre-Dame Cathedral sent clouds of black smoke across the Paris skyline. While the cause has yet to been officially determined, reports say it was likely an electrical fire related to renovations on site.

The damage devastated the historic structure, and those watching footage of the fire in Norway may have felt a tinge of understanding for the people of France, as they once saw their own run of fires devastate churches across the country.

What’s more, they were deliberately set.

During the 1990s, Norway was home to two things that would quickly begin to clash, a number of ornate wooden churches, and an emerging scene of extreme music called Black Metal.

Taking the title from the Newcastle, England band Venom‘s song of the same name, Norway’s particular brand of Black Metal was a rejection of heavily produced and showy industrial Death Metal scenes in Europe and North America. While Death Metal albums were usually accompanied by high production values and a polished band image, Black Metal sought to be more raw and primal sounding.

In Norway, bands like Mayhem, Darkthrone, Emperor, and Immortal emerged to lead this charge of what is now called the Second Wave of Black Metal — Venom and a few others making up most of the first. Smearing their faces in black and white “corpse paint” and assuming brutal on-stage personas, the new scene eventually began to congregate around Mayhem’s guitarist Øystein “Euronymous” Aarseth’s record store, Helvete (meaning Hell in Norwegian), in Oslo.

“This is music which never can become trendy, because normal people won’t be able to understand it. And that’s great,” Aarseth is quoted saying in an interview attributed to Bad Faust Mag, a metal fan ‘zine. “Stay away from it if you don’t like pure darkness.” 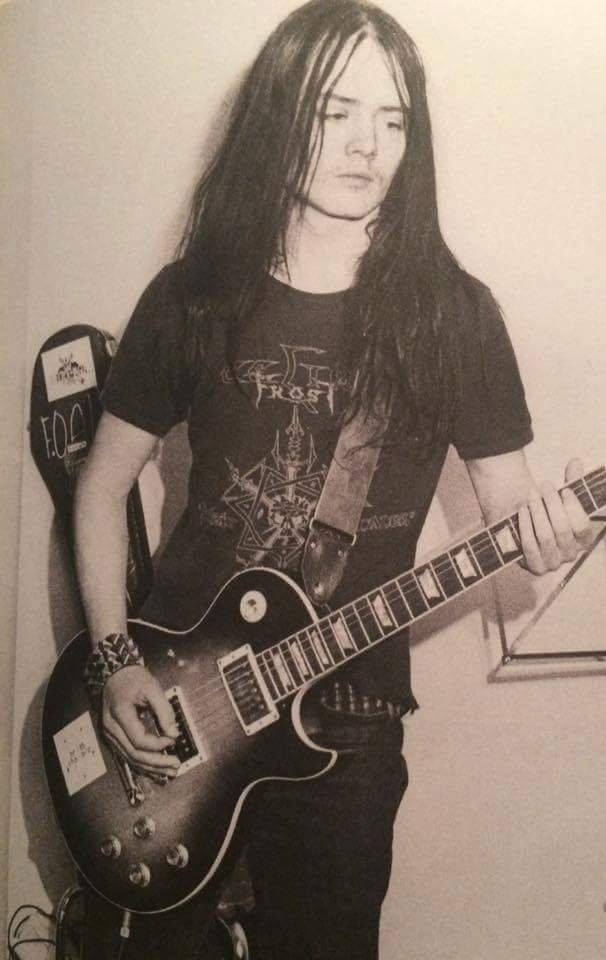 Among the prominent members of the scene emerging at the time was a one-man music project, Burzum, under Kristian “Varg” Vikernes, though he originally released music under the pseudonym Count Grishnack on Aarseth’s record label, Death Like Silence.

It was a group led by mostly males, either teenagers or in their early twenties, who made ambient and powerful music, adopted dark imagery, and, in some cases, stood in violent opposition to any kind of foreign influence in their country — this included homosexuality, Christianity, Judaism, and any non-European people. Some of the genre’s biggest progenitors are known for suicide, apathy, and murder as much as the music they created.

In the meantime, modern Norway remained home to multiple wooden structures known as stave churches. According to Fjord Norway, only 28 remain today, whereas over 1,000 existed during the middle ages. 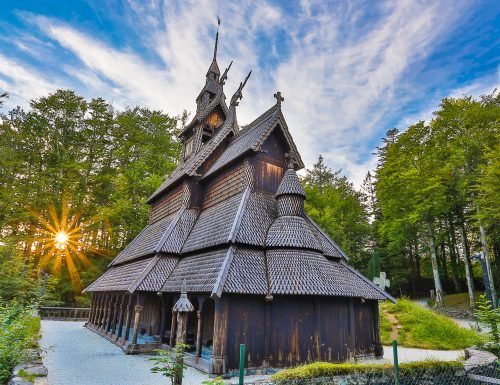 The buildings’ all-wood construction contributed to their gradual disappearance, as they were vulnerable to both the passage of time and fire. The accidental fate that befell so many would see a resurgence in June 1992, when the Fantoft Church in Bergan, believed at first by investigators to have been struck by lightning, burned to the ground.

It quickly became apparent that this was not an accident.

The next month, Revheim Church in southern Norway was torched, 20 days layer the Holmenkollen Chapel in Oslo met the same fate. A month later Ornoya Church caught fire followed by Skojold Church, Hauketo Church, Åsane Church, and Sarpsborg Church — this blaze would claim the life of a Norwegian firefighter.

A rash of arsons and attempted arsons swept across the country between 1992 and 1996. According to the book Lords of Chaos: The Bloody Rise of the Satanic Metal Underground, of the 45 to 60 total church fires during the time period, over a third have been attributed to Black Metal fans or band members.

Ultimately, Vikernes would come to be seen as the perpetrator of a few and inspiration for many of the fires. He maintains that he never directly participated and only took credit during an anonymous interview as a means of generating publicity for a new album.

In a video released to his YouTube channel about the burnings, he says those who burnt the churches did it both to be accepted immaturely in their social group and out of a sense of historic injustice against the church that destroyed the ancestral Scandinavian pagan religions.

“Through church burning and Black Metal music we will reawaken the Norwegians’ feelings of belonging to Odin,” Vikernes is quoted saying during his trial, by The Independent.

Vikernes, who now lives in France, declined a request to be interviewed for this piece, but spoke about the burnings in an article he reposted to his band’s website. He blames the media for exaggerating his participation in the arson.

“When the chance to give an interview to a major Norwegian newspaper appeared in January 1993, we seized the opportunity. Øystein and I agreed that I should give an interview where I would scare the minds of the people and promote Black Metal,” he’s quoted as saying. “With lots of theatricality and acting, I met a Christian journalist, and as agreed with Øystein, I told him Satanists were behind the church fires, and the fictitious organization that was behind it.”

According to this account, the journalist eventually turned over his identity to the police.

In 1994, Vikernes was found guilty of burning Åsane Church and Storetveit Church in Bergen, the Skjold Church in Vindafjord, and Holmenkollen Chapel in Oslo. He would also be found guilty in the stabbing death of Aarseth — he maintains this was in self-defence.

He was sentenced to 21 years in prison, the longest allowable sentence under Norwegian law. Members from other bands like Emporer and Hades Almighty would also serve time for arson and other crimes.

Interest in the history of the Norwegian Black Metal scene has had a recent resurgence. The new movie Lords of Chaos, produced by Vice, follows the rise and fall of the key players and the burnings. Based off a book by the same name, it stars Rory Culkin as Aarseth, Emory Cohen as Vikernes, and was written and directed by one-time Bathory drummer turned film director, Jonas Åkerlund.

The book — and more recently the film — have been criticized by living members of the scene, many of whom still actively perform, as misrepresenting many of the events.

What is true is this is just a small part of the tragic group of young casualties who coloured the beginnings of Black Metal.