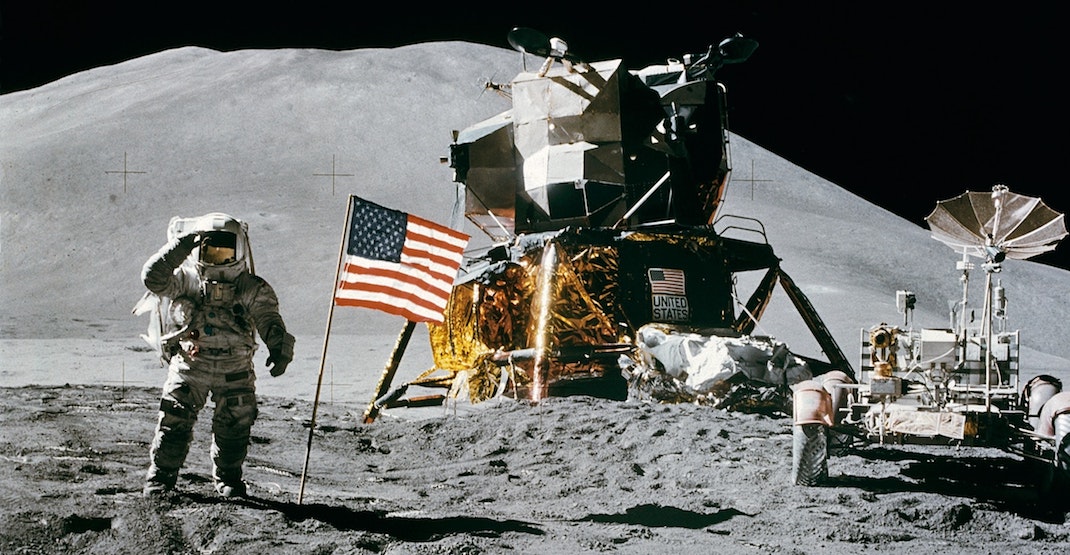 Astronaut on the moon (Pexels).

Humans now share one thing in common with the moon — and it has to do with the way we age.

Recent photos from NASA’s Lunar Reconnaissance Orbiter show wrinkles rippling across the moon’s surface due to the fact that it’s shrinking.

NASA compares the process to a grape shrivelling into a raisin but since the surface of the moon lacks tectonic plates, the brittle surface crust breaks into thrust faults and generates moonquakes. 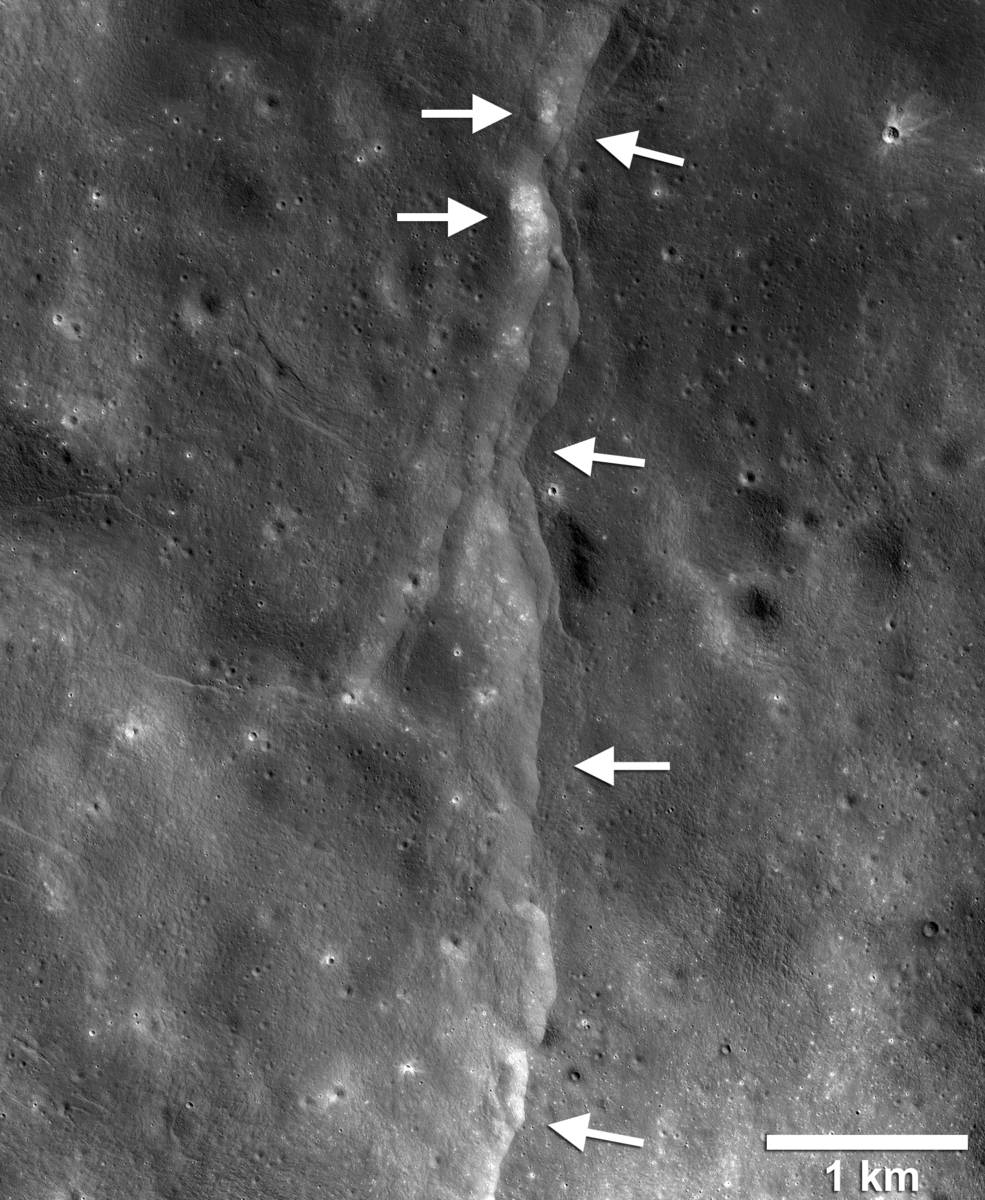 A fault scarp on the moon (NASA/GSFC/Arizona State University).

There are now thousands of cliffs across the moon’s surface, each averaging a few yards high. One such cliff was explored during an Apollo 17 mission in 1972 when Eugene Cernan and Harrison Schmitt climbed their lunar rover to the top.

The Lunar Reconnaissance Orbiter has taken over 3,500 photographs of these steep stair-step cliffs since 2009. Seismic data has also been collected from the moon. Apollo 11, 12, 14, 15, and 16 missions placed seismometers on the surface and recorded 28 moonquakes between 1969 and 1977.

The images gathered by the orbiter have been analyzed against the seismic data collected by the Apollo seismometers. The resulting study was published in the Nature Geoscience journal on Monday, showing that at least eight of these quakes took place along faults. This means that rather than asteroid impact, the Apollo seismometers actually recorded the moon shrinking.

Lunar Reconnaissance Orbiter photographs and elevation mapping have been used to create a visualization of Lee Lincoln scarp, a low ridge at the site of the Apollo 17 Moon landing. It marks the location of a relatively young thrust fault.

“It’s really remarkable to see how data from nearly 50 years ago and from the [orbiter] mission has been combined to advance our understanding of the moon while suggesting where future missions intent on studying the Moon’s interior processes should go,” John Keller, author and Lunar Reconnaissance Orbiter project scientist at NASA’s Goddard Space Flight Center, said in an official statement.

“Our analysis gives the first evidence that these faults are still active and likely producing moonquakes today as the Moon continues to gradually cool and shrink,” Thomas Watters, a senior scientist at the Smithsonian’s National Air and Space Museum, told CNN. “Some of these quakes can be fairly strong, around five on the Richter scale.”

“For me, these findings emphasize that we need to go back to the moon,” said Nicholas Schmerr, the author and University of Maryland assistant professor who designed the algorithm that re-analyzed the Apollo data.

“We learned a lot from the Apollo missions, but they really only scratched the surface.”

It appears that returning a human to the moon boils down to funding. This week, NASA announced the need for an additional $1.6 billion in funding to stay on track for its 2024 Moon plan. This last-minute budget amendment is in addition to the $21 billion requested from Congress by the Trump administration in March.

This is not one small step for man…