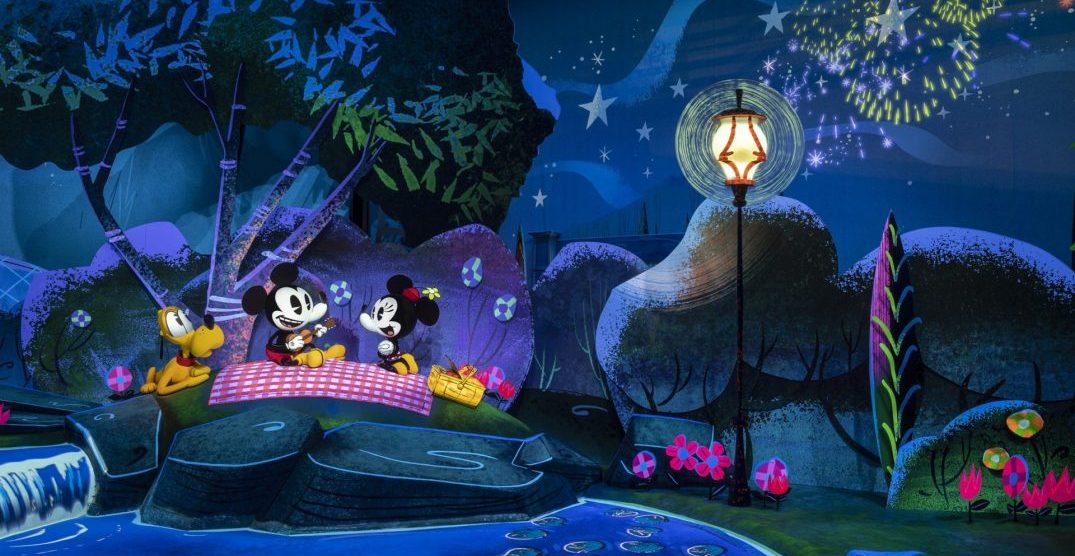 Mickey & Minnie’s Runaway Railway is the newest attraction at Walt Disney World Resort in Florida, and the first time the iconic duo is the star of the show. Perfectly located at the Chinese Theatre in Hollywood Studios, the family-friendly ride comes with twists, turns, and a tango with Daisy — Remember Daisy?

You’ll get to hang with Daisy, Mickey, Minnie, and other classic characters as you take a train ride through different landscapes in Mickey’s world. And with Goofy as your train conductor, what could go wrong? 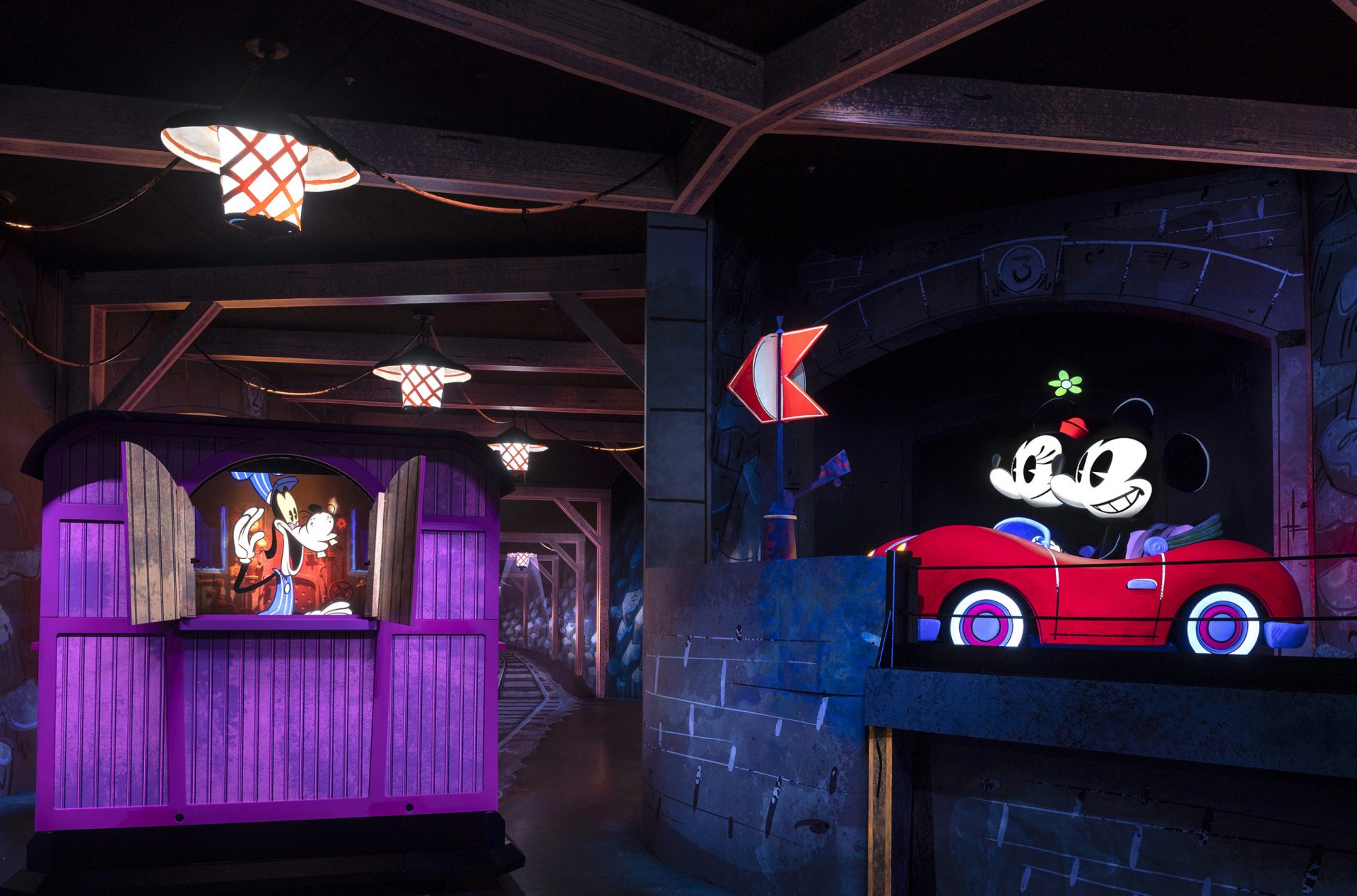 Once you reach the front of the line, you’ll enter a small theatre where you’ll get to watch a Mickey short called Perfect Picnic before boarding the train. Without giving too much away, here’s a tip: stand close to the screen during the video for a fun surprise. 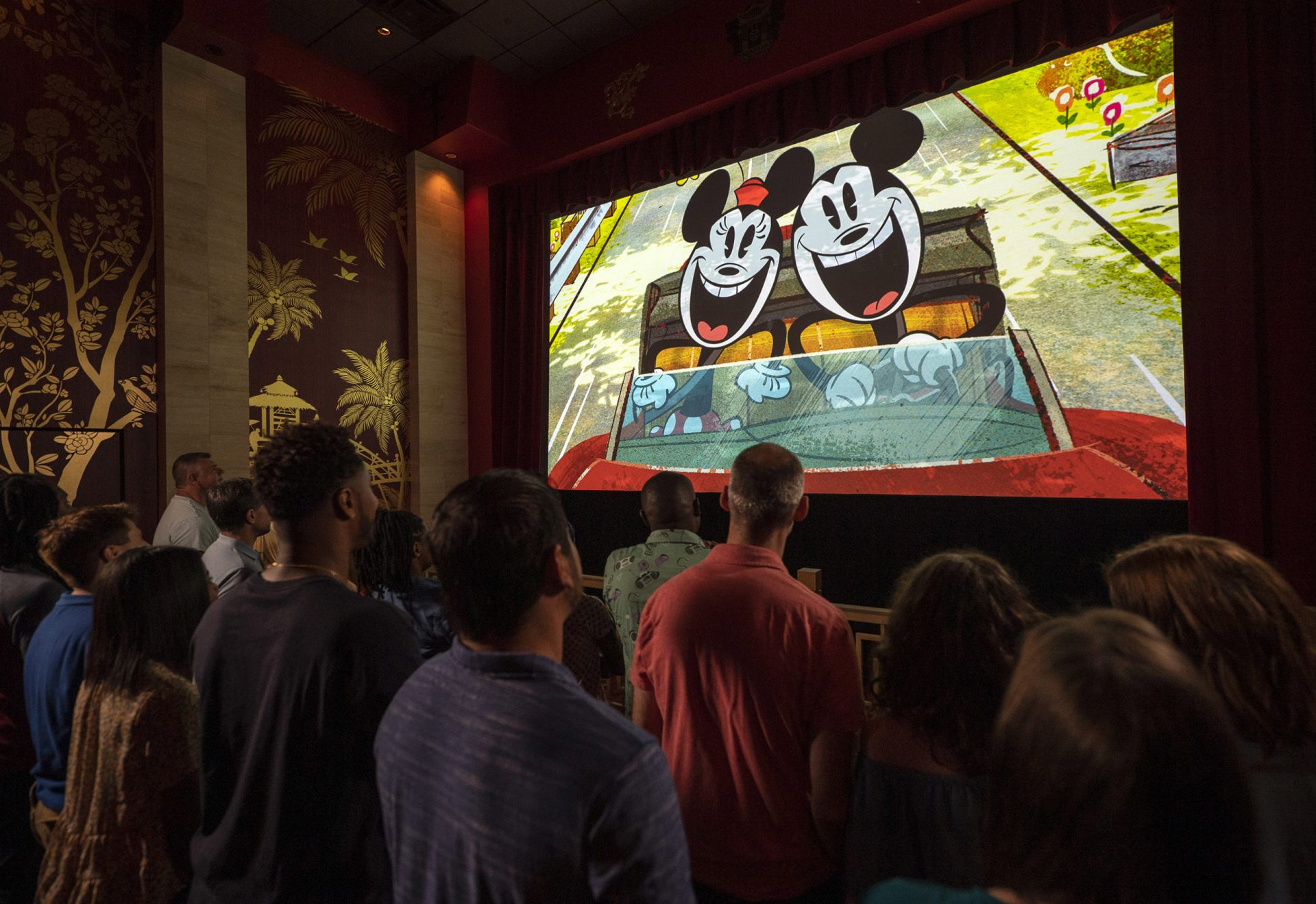 For those of us who grew up watching Toy Story instead of Mickey, you can now watch Mickey and his friends in a new series of cartoon shorts on Disney+.

“The Mickey shorts, which we can see on Disney+ … gives us a unique art style, meaning this was the right time to do it,” said Ryan Adams, Show Systems Engineer for Walt Disney Imagineering. “There’s never been a better time to discover Mickey. There’s certainly a great interest in jumping into Mickey with these [new] shorts but it can also spark a lot of interest in jumping back into the original shorts.”

Riding Mickey & Minnie’s Runaway Railway is like stepping into a 1950s Mickey short, complete with stunning animation, a catchy soundtrack, and of course, lots of surprises.

Star Wars: Rise of the Resistance 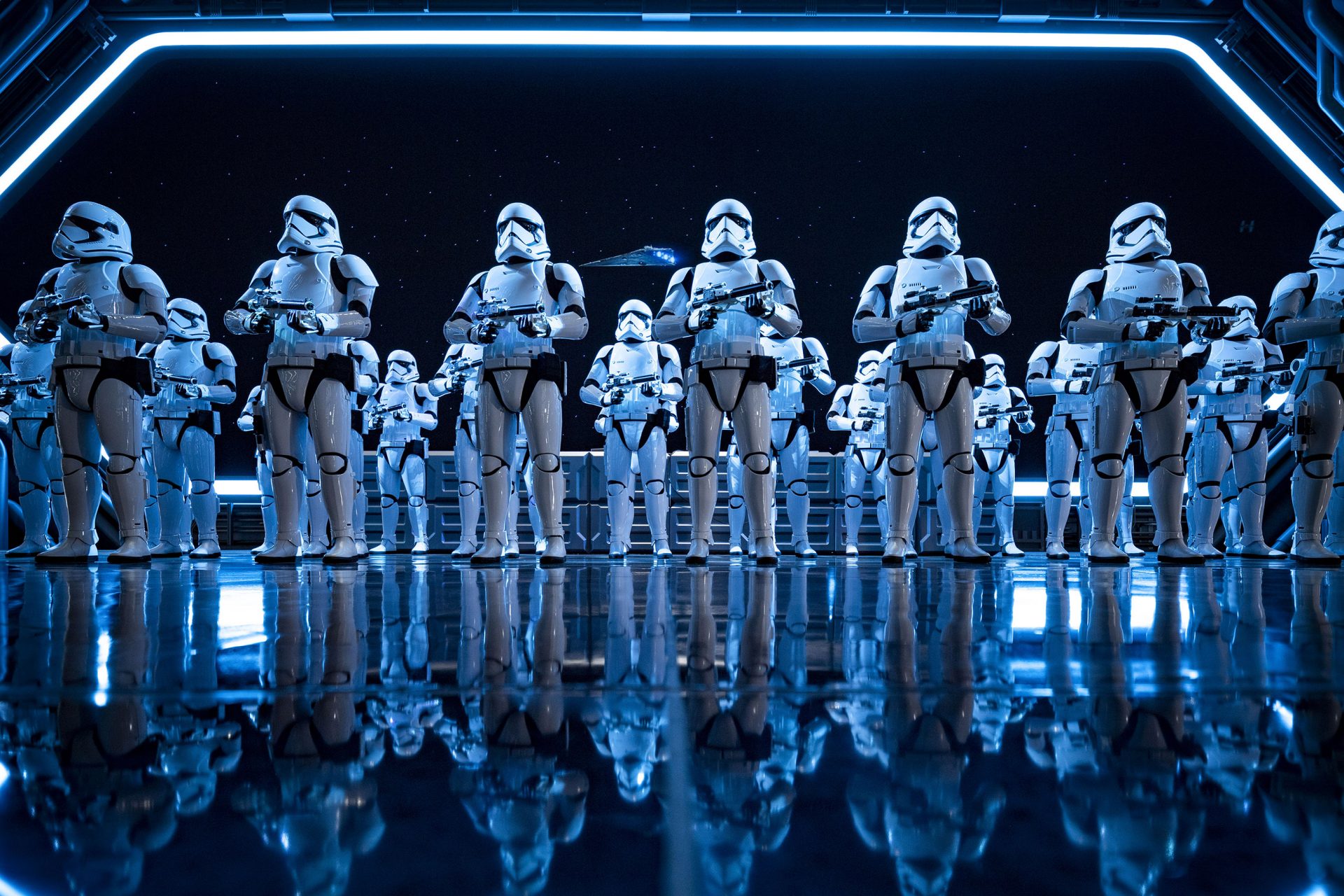 Stormtroopers in Star Wars: Rise of the Resistance

Ok, you might have to plan ahead for this one, but we promise it’s worth it.

Star Wars: Rise of the Resistance is so popular that there’s currently no option to wait in line for the ride. If you don’t get a boarding time the day-of, you’re out of luck.

Pro tip #1: Head to the park first thing in the morning to sign up for a boarding time. Don’t wait until the last day of your visit because this might take a couple of tries.

Whether you’re a Star Wars fan or not, you’ll be stunned every step (and drop) of the way. Inside a Star Destroyer, you’ll be taken on a thrilling ride while becoming heroes in a climactic battle with the First Order. (Pro tip #2: Keep your eyes peeled for Finn.) 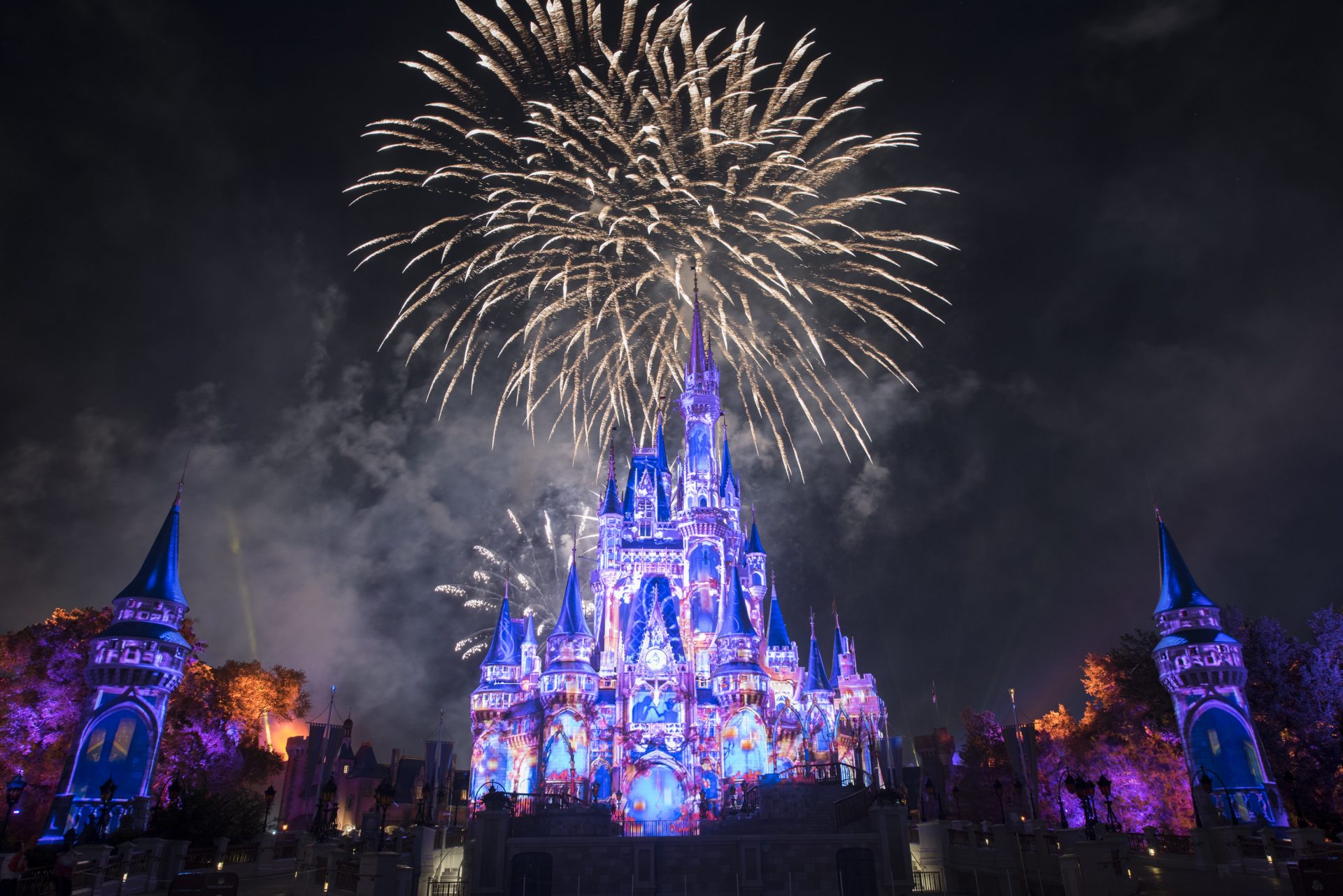 Happily Ever After at Magic Kingdom Park

Each park is magical in its own way. While walking through Disney Hollywood Studios, you’ll feel like you might bump into Jennifer Aniston filming her new movie. And, while exploring Disney Animal Kingdom, you’ll be transported to different parts of the world just by taking a few steps.

If you visited Disney World as a kid, you’ll be pleased to know that many of the things you loved (Cinderella Castle) have stayed the same even while new experiences have popped up every year. It’s definitely worth another visit, with or without kids. 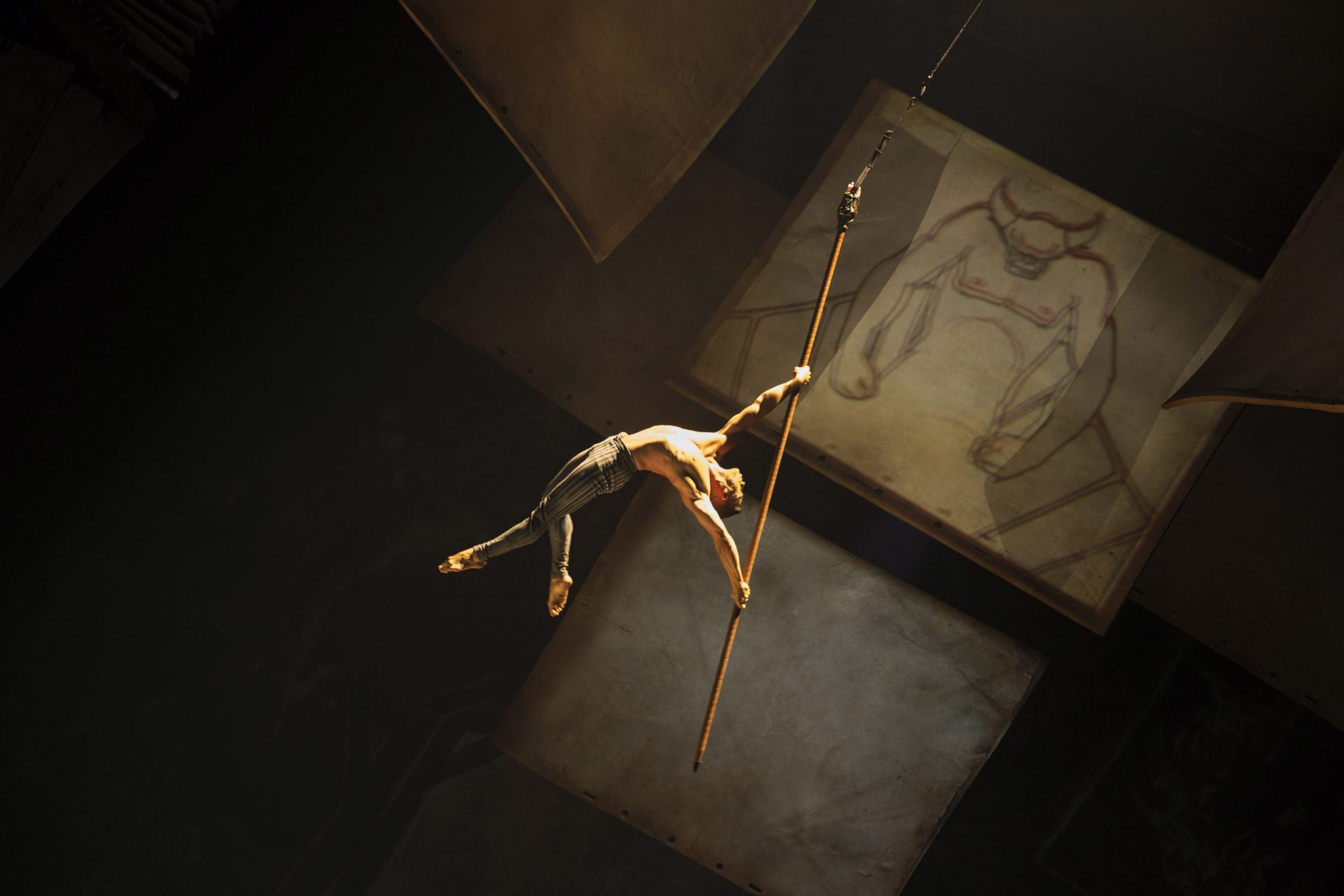 This collaboration between Cirque du Soleil, Walt Disney Animation Studios, and Walt Disney Imagineering will officially premiere April 17, 2020. We got a sneak peek before it opens to the public and we can say that we were definitely left wanting more.

The show brings together the exceptional acrobatic acts that Cirque du Soleil is known for with the detail and animation of Disney. In Drawn to Life, a young girl named Julie embarks on an inspiring quest guided by a surprising pencil and filled with her childhood Disney memories. The story is driven by ten unique acrobatic acts and features animation from beloved Disney films as well as all-new animation created by Disney artists led by Eric Goldberg, best known for creating the Genie in Aladdin.

The show will take residency at Disney Springs. Tickets are on sale now at cirquedusoleil.com/drawntolife.