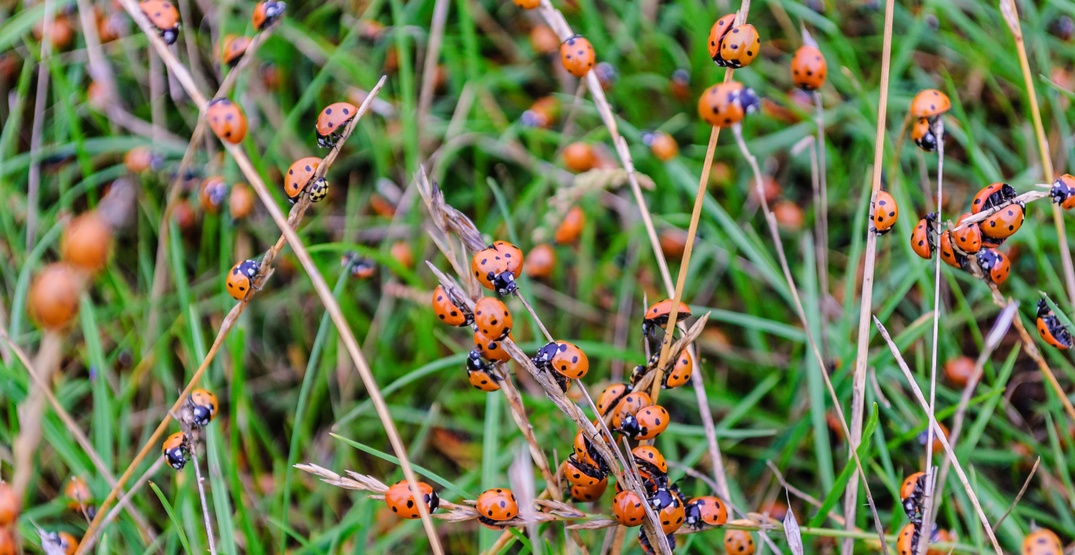 We’re no strangers to peculiar weather phenomenons, from snowfalls in Maui to the frigid Polar Vortex.

But nowhere in the forecast could we have predicted ladybugs.

A swarm of the red and black beetles was reportedly moving over California earlier this week, and the group was so large that it was even detected by meteorologists.

The National Weather Service (NWS) office in San Diego tweeted out on Wednesday that a large echo detected on their weather radar was not precipitation, but was actually a cloud of ladybugs termed a “bloom.”

The large echo showing up on SoCal radar this evening is not precipitation, but actually a cloud of lady bugs termed a “bloom” #CAwx pic.twitter.com/1C0rt0in6z

Some experts are skeptical, with Coachella Valley scientist James Cornett arguing that a swarm of that size and density would have caused the skies over the region to darken.

“There would have been unbelievable numbers of telephone calls to the police,” Cornett said. “It merits some investigation.”

However, The Desert Sun reported weather service meteorologist Mark Moede saying that the agency attributed the radar readings to the insects after a weather spotter in Wrightwood, a town in the San Bernardino mountains, reported a high number of ladybugs in the area.

“Our weather spotter said that this happens often,” said Moede. “He said there were ladybugs everywhere.”

We’re not superstitious but we are a little ‘stitious (sorry, couldn’t help it) — and if this is true, it’s gotta be good luck, right!?