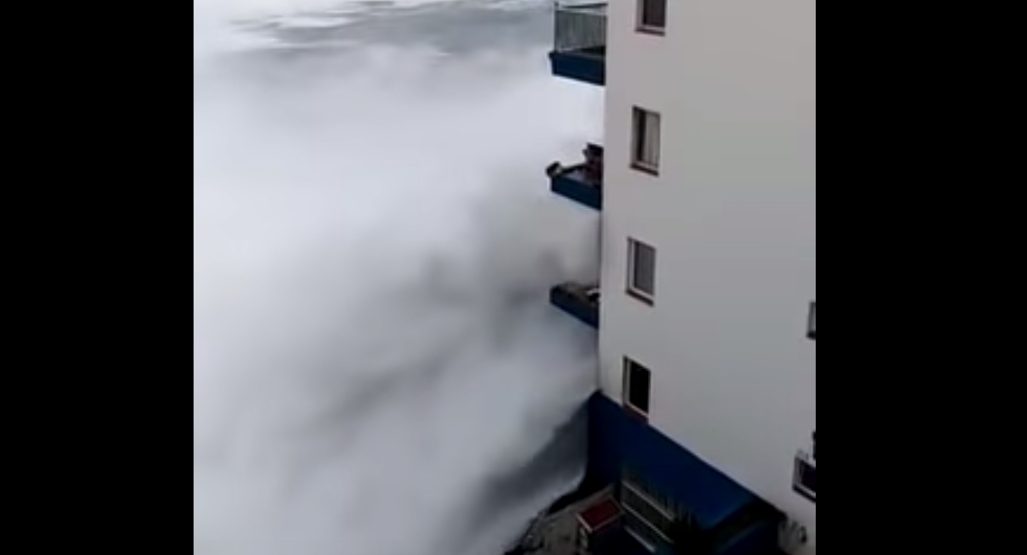 Planning a vacay to the Canary Islands?

You may want to rethink that oceanfront booking.

The tropical island of Tenerife was hit with some gigantic waves measuring up to 12 metres (40 feet). They were so forceful that balconies on nearby seaside apartments were destroyed.

The island remains at yellow alert for high seas.

Note to self: Beachfront is not always best.

Flooding was experienced throughout the island, resulting in the evacuation of about 65 apartments. Fortunately, no one was hurt.

The largest and most popular of the seven Canary Islands, Tenerife is known for its beautiful beaches, whale watching, hiking, and Rio-esque Carnival festivities.

Here are some wanderlust-inducing shots of Tenerife on a calm day.

‘Tis the season for massive waves, as the largest recorded waves in the world, crashed into the coast of Canada just last week.

Resulting from an extremely low-pressure system moving through Atlantic Canada, the giant swell targeted Newfoundland as it headed towards Europe and Africa. The waves were expected to measure up to 15 metres at the peak of the storm.

Is now an appropriate time to quote George Castanza?

“The sea was angry that day, my friends!”