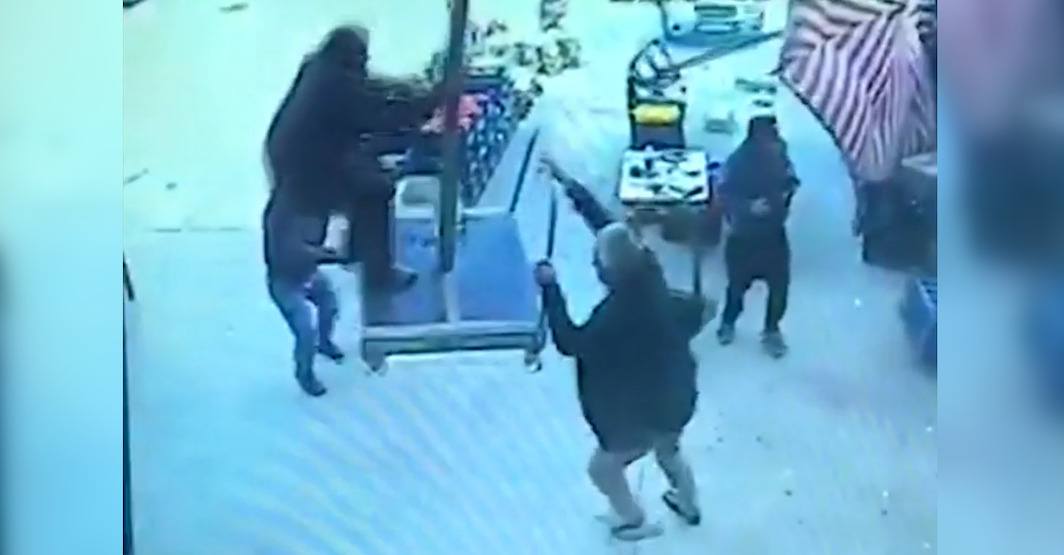 A man in Osmaniye, Turkey, had an interesting day when he experienced what it was like to be airborne.

Sadik Kocadalli was holding onto an umbrella stand when a strong gust of wind came and lifted the umbrella up into the air — with him attached.

He jumped off the umbrella base unharmed as two other men pulled it down, but not before he was raised three or four metres off the ground.

However, reports say that the umbrella landed on another man and broke his foot and ribs.