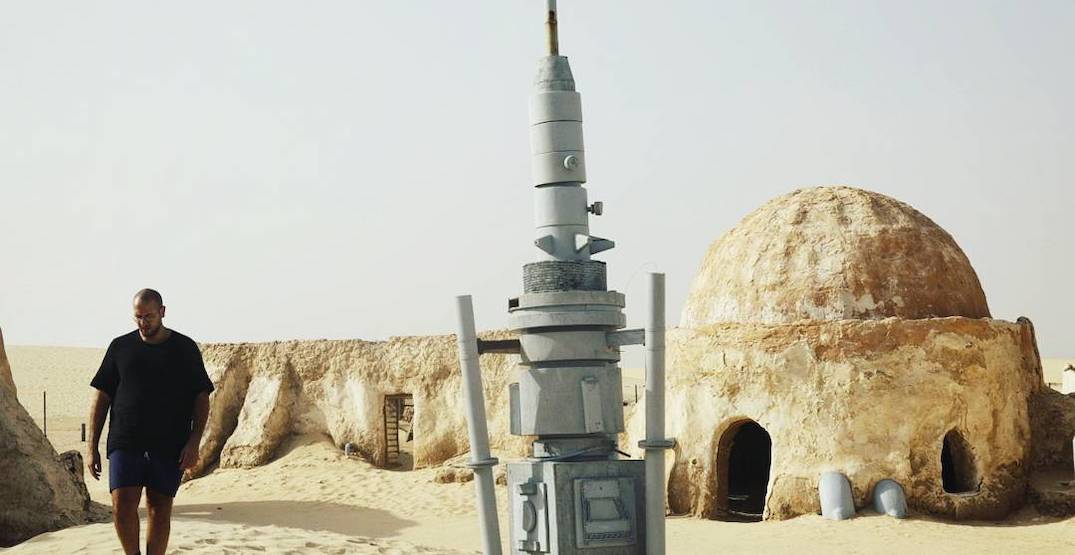 In case you’re not feeling jaded from the failed Fyre Festival or the recent Vestiville (AKA Fyre Fest 2.0), here’s another option to satisfy your festival bug. And as far as we can tell, Ja Rule is not involved, so things are looking promising.

Les Dunes Electroniques is a 30-hour nonstop electronic festival taking place on September 21-22, 2019. The rave will be set at Ong Jmal in Nefta (or Naftah), which is a beautiful desert oasis in southwest Tunisia.

In case that destination isn’t ringing a bell, the location is best known as a Tatooine setting in the Star Wars series. The event is describing itself as a “musical escape in the Sahara desert, on the set of StarWars saga.”

The festival is a 30-hour nonstop rave where party people will dance into the night, and then into the morning, to a backdrop of sand dunes and traditional Tunisian domed houses.

There will be two stages hosting 30 acts from Tunisia and the global underground electronic music scene, featuring headliner Sahalé. The festival is organized by the teams behind Plages Electroniques in the French Riviera.

If you want to party in a galaxy far, far away, this might just be the closest you will get. The festival is about a six-hour drive from nearby towns Tunis or Enfidha.

Tickets start at $79.43 CAD, which is already cheaper than Fyre Festival, so what do you have to lose, really!?