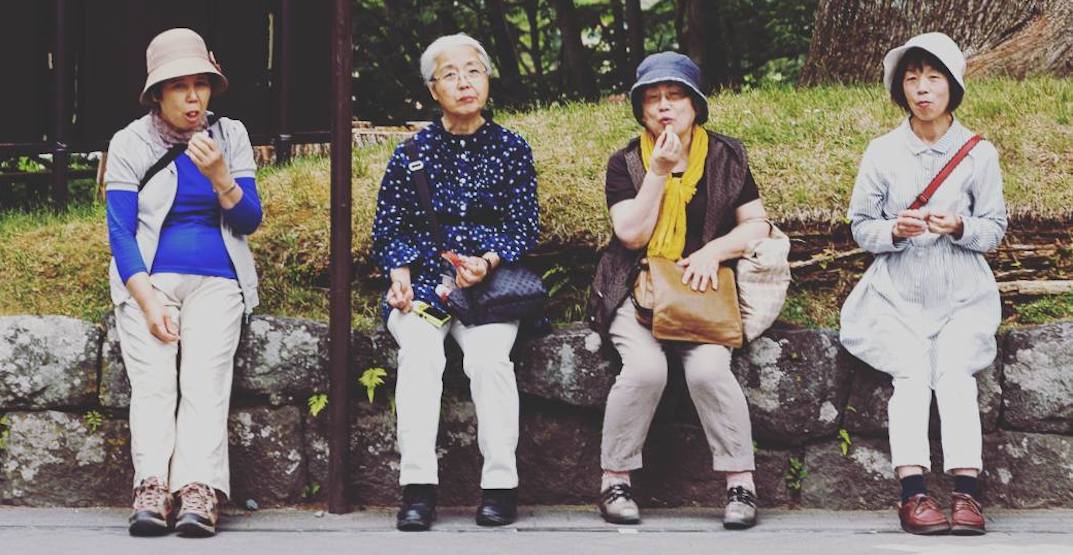 While our beloved moon is slowly shrinking, it’s not the only thing… Japan’s population has fallen into an alarming state of decline.

Last year, Japan set a new record for fewest babies born since 1899, CNN reports. The figure was 25,000 less than in 2017. This marks the third year in a row where fewer than a million babies were born, not to mention the lowest number of births in Japan since modern records first began.

Simultaneously, Japanese deaths have hit a post-war high of 1.369 million. The combination of these two factors leaves Japan facing the highest rate of a natural decline in its history.

Japan’s shrinking population is intensified as residents age and fertility rates dip further below the replacement threshold. Japan’s total population is currently 124 million but it is being under-replenished with each passing year. Experts who have done their math predict that Japan’s population will drop to 88 million by 2065.

This isn’t a news flash either — it has been happening since the late 1970s. With the 2020 Olympics taking place in Tokyo, many eyes are falling on Japan and this unique phenomenon.

Japan’s high life expectancy also contributes to its “super-ageing” society. Improved living conditions, better nutrition, advanced medical technology, and post-war peace have lengthened average life spans. Now, more than 50% of Japan’s population is over the age of 46. On top of that, people age 65+ account for 20% of the population, according to the International Longevity Center of Japan (ILC).

“The purpose of ILC is to study the trend of population ageing with low-fertility from international and interdisciplinary perspectives, to share the center’s findings, to educate the public, and to make policy recommendations to the government,” the ILC website reads. The fact that Japan even has a “longevity center” flags that a serious issue is at hand.

This super-ageing society is dramatically changing the economy and landscape. For starters, the fading older generation has left 13% of Japanese homes (approximately 8.5 million) abandoned, according to the Japan Times.

The phenomenon is also creating a vast labour shortage. A report called The Dark Side of the Tokyo Olympics shows that there are currently 4.3 construction jobs open for every applicant. Meanwhile, another Japan Times article estimates it will be short 377,000 nurses and caregivers to care for the older generation by 2025.

Why is the birth rate so low?

Experts pin Japan’s shrinking population on a number of factors including higher education, later and fewer marriages, increased involvement of women in the workforce, a decline of wages and income, high gender pay gap, tiny living spaces, and high costs of raising a child. Here are some other popular theories:

Women are too tired to date

A study by Yoshoku Sake Co. showed that 60% of working women aged 20 to 39 said that they were overworked and fatigued to the point of losing interest in pursuing renai, otherwise known as love relationships.

“And when women can muster the energy to go out, one in four have confessed to having fallen asleep during a date,” the Japan Times has said.

People are not having enough sex

Another contributing factor to the lack of reproduction is… well… a severe lack of doing it. Statistics show that one in 10 Japanese adults in their 30s remains a virgin, MedicalXpress reports.

“The birth rate is down, even the coupling rate is down. And people will say the number-one reason is economic insecurity,” Anne Allison, a cultural anthropology professor at Duke University and editor of Japan: The Precarious Future, in an article in The Atlantic.

Looking beyond Japan’s steady economy and low unemployment rate (below 3%), one will find that regular employment has been largely replaced by irregular employment. Japan’s population now faces a string of temporary part-time jobs with low salaries and limited benefits. The affected class of workers have been dubbed “freeters,” a combination of the word freelance and the German word arbeiter, meaning “worker.”

The Atlantic reports that freeters make up 40% of Japan’s population. The trend of counting on freeters to cut company costs intensified during Japan’s Great Recession.

Cultural norms create too much pressure

Experts believe that Japanese workers, particularly men, who are facing limited opportunities feel additional pressure from social factors. Traditional Japanese culture still widely expects men to be breadwinners. The result is an entire generation of men who decide against marriage and children because they (and/or their potential partners) know they can’t afford it.

Herbivore men are to blame

That’s right, you heard us. The term Sōshoku(-kei) danshi) — or “Herbivore Men” — is used to describe men who have no interest in getting married or finding a girlfriend. Some people point fingers at this particular group when discussing Japan’s population woes.

Is immigration the solution?

Japan has a reputation for being closed to outsiders. However, the reality is that the government has already started to solve the labour shortage by allowing low-skill foreign workers into the country. According to Quartz, there are 1.5 million foreign workers in Japan. They just don’t like to talk about it.

A law passed in 2018 has officially opened up the country to “unskilled workers” for the first time in Japan’s history. Entry under this policy is capped at five years and does not allow foreign workers to bring their families. Basically, it says come work but don’t stay. Experts believe that the policy may help in the short term but could actually hurt the economy in the long run.

While the struggle is real, the issue has been recognized by national leaders and government bodies. In fact, several approaches are being taken to rejuvenate Japan’s population. For starters, the government has approved a free preschool education bill to assist parents. According to the Japan Times, the free childcare program is a key pillar of Prime Minister Shinzo Abe’s social programs despite costing ¥776 billion ($9.5 billion) per year.

The Japanese Government is also getting creative with its initiatives and has started a national campaign to make fatherhood sexy again. The campaign celebrates ikumen (roughly translating to ‘childcare hunks’). Ikumen are smiling, stylish, and handsome fathers who often appear in newspapers, fashion magazines, manga stories, and on social media. A BBC article has dubbed them “a new kind of superhero.” The campaign aims to encourage paternal behaviour through popular culture.

As for Japan’s super-ageing population, people are finding various positive and artistic ways to address the phenomenon. For example, German photographer Karsten Thormaehlen has been taking portraits of centenarians for a book called Aging Gracefully, with some subjects hailing from Japan.

Another silver lining is that as the country addresses its declining population and navigates the issue of immigration, it may become easier for foreigners to live, work, and experience all that Japan has to offer first-hand. If you’ve always dreamed of living in Japan, your chance may be coming sooner than you think.