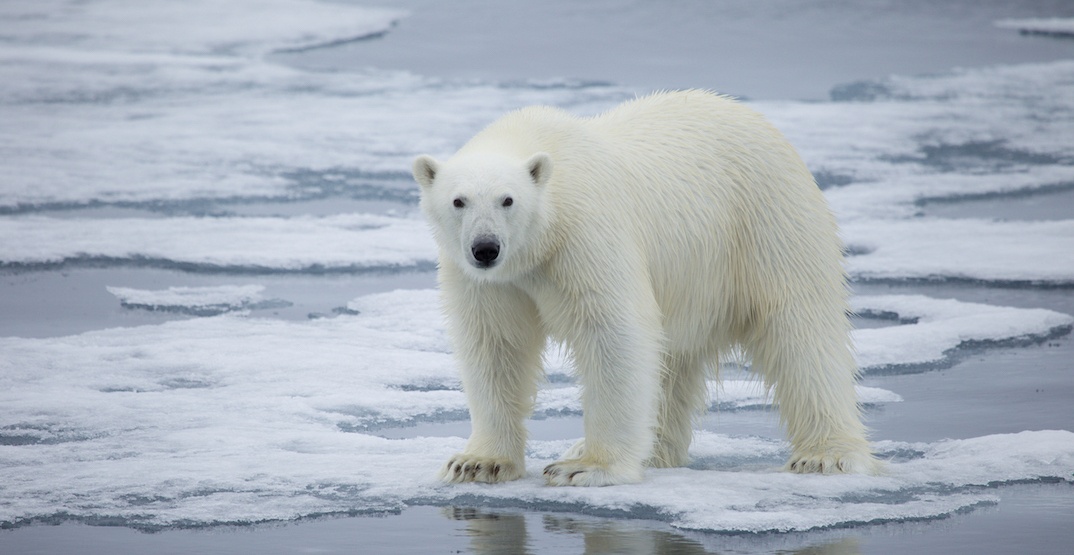 Polar bears are majestic and powerful creatures but despite their strength and beauty, they need our help.

The earth is gradually warming and the amount of Arctic sea ice is shrinking. It is disappearing at an estimated rate of 12.8% per decade, according to Polar Bears International. In fact, the second-lowest sea ice extent in recorded history was marked this June.

Due to such rapid sea ice melt, polar bears and their Arctic friends face troubling circumstances.

Alysa has worked with polar bears for nearly nine years. She’s also one of the few people on the planet who have studied polar bears and observed them in the wild. Alysa’s research involves a combination of fieldwork (such as fur sample collection and body examination) and thorough data analysis. It offers unique insights on the myriad challenges polar bears face on a warming planet.

Few jobs bring people into direct contact with polar bears but Alysa has encountered these fascinating creatures in the wild on many occasions.

“Polar bears are so curious and intelligent that if they see something new happening on the landscape, even if it involves a crew of people and a helicopter, they might want to check it out. It can be daunting to see a white bear suddenly appear on the horizon, but it’s a pretty incredible experience as long as safety measures are in place.”

According to Alysa, safety measures include having a designated person whose sole duty is to scan the horizon for polar bears. When one does approach, the team shoos them away using cracker shells before they get too close. Cracker shells make a loud (but harmless) banging noises when fired from a gun.

As a second line of defence, field workers carry bear spray. Teams use these kinds of non-lethal methods whenever possible. They also operate quickly to minimize contact and leave no trace of food or waste.

“By being efficient, aware, and prepared, we can make sure that no polar bears or people are harmed in the field,” Alysa says.

Why does sea ice matter to polar bears?

A post shared by Polar Bears International (@polarbearsinternational) on Jun 11, 2019 at 9:43am PDT

Polar bears rely on sea ice on a daily basis. Sea ice is required to hunt, travel, breed, and den. It is essential for the survival of polar bears, not to mention other Arctic wildlife.

Having observed polar bears in the wild for nearly a decade, Alysa has become an expert on the species. According to her, one lesser-known polar bear fact explains why sea ice is so important.

“Polar bears are the most carnivorous of all eight bear species but, more than that, they eat more fat than meat. The main component of their diet is seal blubber, one of the most calorically-dense foods on the planet.

“Consuming copious amounts of blubber is why polar bears are the biggest bears on the planet. Their need for a diet high in fat is why they cannot survive long-term on land. Though polar bears will eat foods found on land (e.g., eggs, berries) there are simply no terrestrial foods that provide enough energy to sustain polar bear populations long-term.”

Polar bears are designed for a seal-rich diet. In fact, “polar bears are adapted from their teeth to their digestive tracts to consume seal blubber, making them a truly marine and sea ice-dependent bear.”

However, the disappearance of sea ice means reduced access to their primary source of food.

“Bears have to expend more energy through walking or swimming to obtain equal or less amounts of food. They also have to fast for longer periods. Over time this results in smaller body sizes, fewer cubs being born, less healthy bears, and reduced population sizes,” Alysa elaborates.

She says that while they generally look at the bigger picture, it’s hard to miss the immediate impacts of “good” ice years and “bad” ice years on the polar bears she has observed near Churchill, Manitoba.

“When the sea ice melts earlier than normal or freezes up later than normal, polar bears spend extra time on land. Because bears lose about 1 kg/day, longer time spent on land means more bears are more likely to be in poorer body condition, and more likely to go looking for food in all the wrong places. This results in interactions with humans going up, not good for either polar bears or people.

“Long-term, this is a major conservation concern for polar bears and a high priority concern for the people that share their coastlines with polar bears.”

Northern communities are already affected by the sea ice loss caused by what Alysa calls “southern actions that contribute to climate change.”

Alysa explains that the biggest cause of sea ice loss is climate warming from “people burning rampant amounts of fossil fuels.”

“These emissions act like a heat-trapping blanket around the earth: too many emissions trap too much heat. Just as a warm summer’s day melts the ice in a glass of water, a warming planet causes Arctic sea ice to melt.”

The bulk of emissions come from people living beyond the Arctic. And while it may be difficult to see clear evidence of global warming in many places around the world, Alysa can confirm that climate change is already changing the way northern communities live.

“Thawing permafrost is causing structures to sink, sea-level rise is forcing whole communities to pick up and move, and dangerous sea ice conditions are wreaking havoc on travel and hunting plans.”

“As sea ice loss continues, polar bears are spending more time on land. This means the bears are hungrier and more willing to seek out smells and food, often in places we don’t want them to be. This is increasing the number of bears near communities, causing dangerous situations for both species.

A post shared by Polar Bears International (@polarbearsinternational) on May 13, 2019 at 1:09pm PDT

We asked Alysa what the Arctic might look like in a decade. “It’s difficult to say,” she said. “In ten years we could lose another 10% or more of Arctic sea ice cover. This level of habitat loss would have negative consequences for Arctic wildlife populations.

“For the humans that live in the north, it could mean reduced access to food and more dangerous travel, along with other impacts like thawing permafrost causing shifting homes, and even more wildfires.”

But it’s not just the polar bears and humans who reside in the arctic who may be affected.

Does preserving sea ice matter to everyone?

According to our expert, the answer is YES.

“Arctic warming impacts the globe and all the people around it, even those who will never set foot in the north,” Alysa says.

The reason is that sea ice acts like Earths’ air conditioner. It helps keep the entire planet cool by reflecting sunlight back into space, rather than absorbing heat, as bodies of water do.

“Sea ice is also to the ocean what soil is to a forest: it supports the base of the entire food chain. If we lost an ecosystem as significant as the Arctic, it would have trickle-down impacts on ecosystems across the planet,” Alysa warns.

“Everything and everyone is connected, so actions we take for polar bears now are really actions for ourselves and all the creatures in between.”

What can we do?

Alysa explains that an effective way to reverse climate change and sea ice loss is to change the way we consume energy.

“We need to move away from fossil fuels as our main energy source and shift swiftly to renewable energy sources like solar and wind.”

We can take individual actions, making things like biking to work, taking public transit, or opting for alternatives to flying.

We can also tap into community programs that support the shift towards renewables. These include local solar electricity programs and public transit initiatives.

We can also vote for leaders who support the environment and act with a sustainable future in mind.

“The large-scale changes we need to see must come from those in power. We need world leaders and governments to set aggressive targets and provide support and options for the public to help meet those targets while holding large companies accountable for emissions and pollution. One of the best ways to do this is by putting a revenue-neutral carbon pricing plan into action.

“But, individuals elect those in power so we need to exercise our right to vote and make sure our voices are heard. We can vote with our dollars every day, purchasing products from reputable companies with environmental ethics in mind.”

Steps such as these are essential but according to Alyssa, the most important thing we can do is to “talk to friends and family about supporting renewables and protecting our shared future.”

A post shared by Polar Bears International (@polarbearsinternational) on May 3, 2019 at 11:47am PDT

Contrary to the belief that it’s too late for action, “studies show there is no tipping point. The ice will rebound if we work together now,” Alysa says.

The benefits of taking action now could be manifold.

“Not only will this help reduce the carbon emissions that are causing the planet to warm and the sea ice to melt, but it will also create jobs, strengthen the economy, and improve the overall environment and our health.”

Learn more about polar bears and their Arctic environment

Making a difference involves cultivating passion, interest, and action in these majestic Arctic creatures — but it begins with getting the facts.

“Learning more about what polar bears are going through now and how they are responding to a warming climate will help us better understand and predict climate change impacts and outcomes,” Alysa says. “The more we know, the better we can protect this species.”

To raise further awareness and spread knowledge, Polar Bears International is hosting a series of live talks on their Facebook page this Arctic Sea Ice Day.