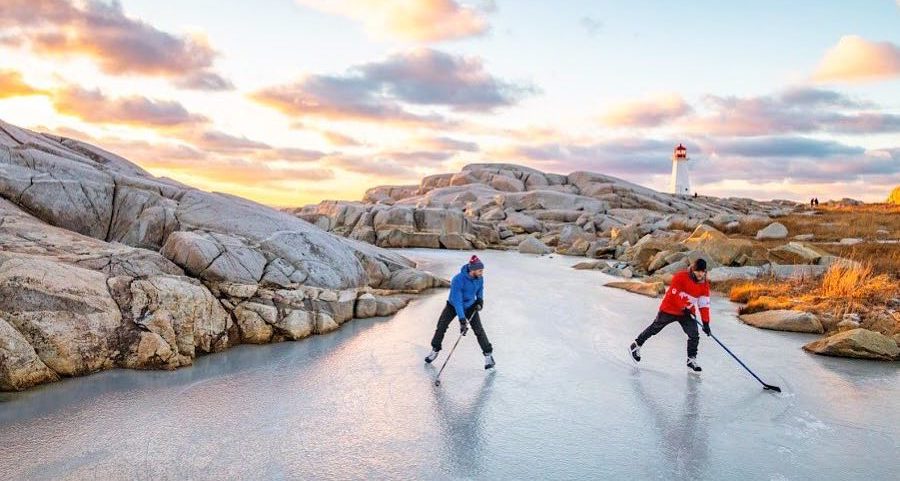 It doesn’t get much more Canadian than this, folks.

A photo of people playing ice hockey in front of Nova Scotia’s most photographed landmark, Peggy’s Cove, has spread nostalgia across the nation.

Halifax-based photographer Adam Cornick has seen an incredibly warm response to the wintery photo snapped on December 9, and is thrilled that his artistic vision has come to life and is resonating with others.

Cornick says he has had many people write to him asking if they can turn his photo into a painting, and believes the photo has “triggered something” in Canadians. The capture is reminiscent of the well-loved photo of Mounties playing hockey in the mountains, which went viral in 2015 for its undeniable Canadian-ness (is that a word? It is now).

We may be Mounties, but we are all still kids at heart with @NHL dreams pic.twitter.com/8dm7sQ9NA6

Cornick’s photo is definitely delivering all the warm and fuzzies this winter season.