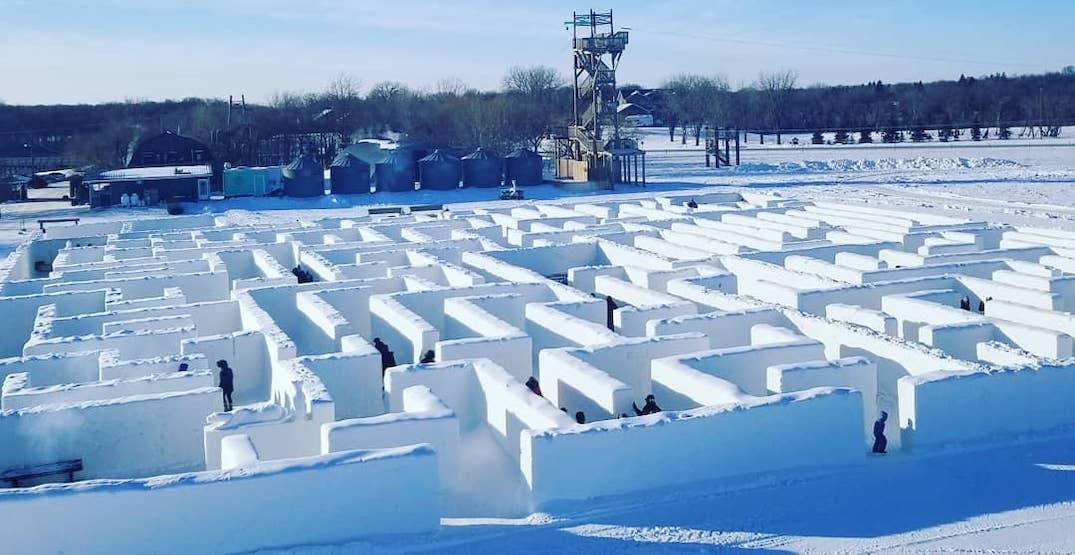 It seems that winter insists on hanging on here in Canada, so we might as well make a world record out of it.

Remember how Manitoba was gearing up to break the Guinness World Record for the world’s largest snow maze a couple months ago? Well, the results are in… and the new record has officially been set!

After a series of official measurements and video recordings by land surveyors, Guinness World Records has confirmed that A Maze in Corn is indeed the largest snow maze in the world, clocking in at a whopping 2,789.114 square metres.

A Maze in Corn has bumped Fort William Historical Park in Thunder Bay off the throne, with its measly 1,696 square metre maze (kidding, that is also very large).

Located in Saint Adolphe, just 30 minutes south of Winnipeg, A Maze in Corn has previously been known as a corn maze for the past 20+ years. This record will certainly provide a new reason for visitors to check out the attraction.

The last day of the snow maze will be Sunday, May 17, so go visit ASAP and share your pics with us using #dailyhivemapped!