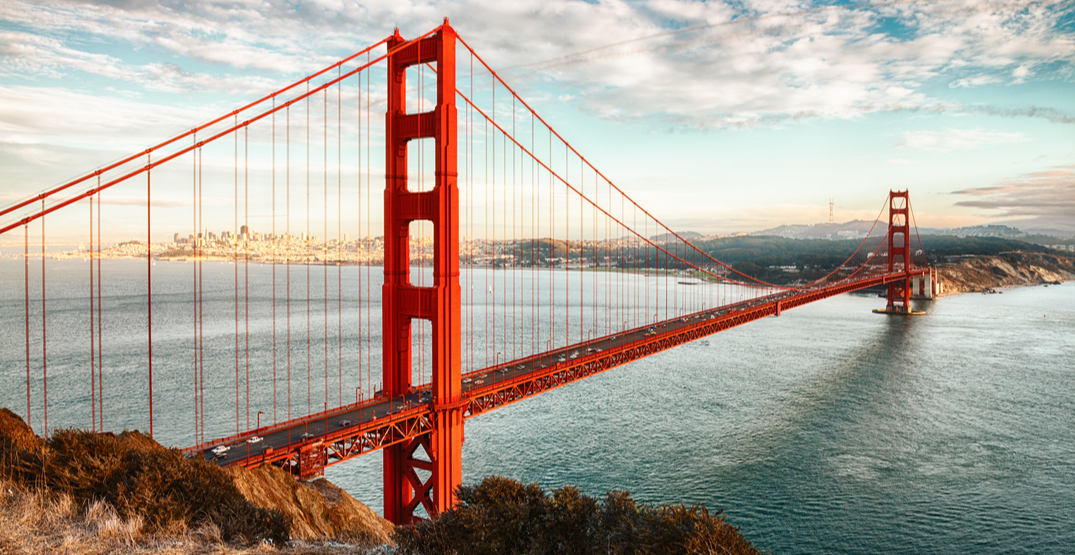 San Francisco’s iconic Golden Gate Bridge was a hot topic on social media over the weekend as high winds caused it to turn into a giant instrument that seemingly played “music” for the city to hear.

According to SF311, San Francisco’s non-emergency service, the sounds are the result of high winds blowing through the recently installed railing slats along the bridge’s bike path.

Sorry this is happening. The Golden Gate Bridge Sargent reports the low humming noise is related to high winds blowing through the newly installed railing slats along the bike path on the bridge. ^JB

The new “music” has been met with mixed reviews, with some residents finding it creepy and annoying, while others find it charming and unique.

Many users have posted their own recordings of what the bridge’s singsong sounds like. Take a listen and enjoy some of our favourite reactions.

TIL: The Golden Gate Bridge has just become the world’s largest wind instrument.

There is now a permanent creepy 3-tone dissonant soundtrack flooding San Francisco thanks to some recently completed bridge construction. pic.twitter.com/05ImVT7Im7

Can someone explain me why is this eerie sound has been going on for an hour in #SanFrancisco #presidio #sound #eerie #whatisthis #2020SoFar #2020BingoCard pic.twitter.com/gS4ui2WSxh

The Golden Gate Bridge now makes music. You can hear this whistle all over the city pic.twitter.com/W1V9Dw4sXb

Anthony J.:
“Engineers designed new sides for the sidewalk to help with wind resistance but didn’t take into account the EXTREME sound it creates when wind passes through it. The bridge sings crazy songs now it’s so trippy. It hurts the ears and unbearable it’s that loud.” pic.twitter.com/GWdVia1GNS

An eery whistle can be heard in many parts of the Bay Area coming from the Golden Gate Bridge.

As much as I would‘ve loved this eerie sound to be aliens coming for us, apparently it’s the installation of new wind resistance railing that has turned the Golden Gate Bridge into a huge instrument that can be heard all around the Bay!Hypnotizing! #goldengatebridge #SanFrancisco pic.twitter.com/DhWEnttp2X

I would also mention that up close and with no people around, the sound was both surreal and peaceful, as if someone’s playing a very sad meditation song on surround sound. P.S. you really can’t hear it much ON the Golden Gate Bridge itself #GoldenGateBridge #SanFrancisco #2020 pic.twitter.com/dPX5KXgDwv

The Golden Gate Bridge is now making the sound you hear just before the alien ship bursts through the clouds pic.twitter.com/1hMThP2jl9

why does the golden gate bridge sound like a minecraft cave pic.twitter.com/flaeGr7qVn