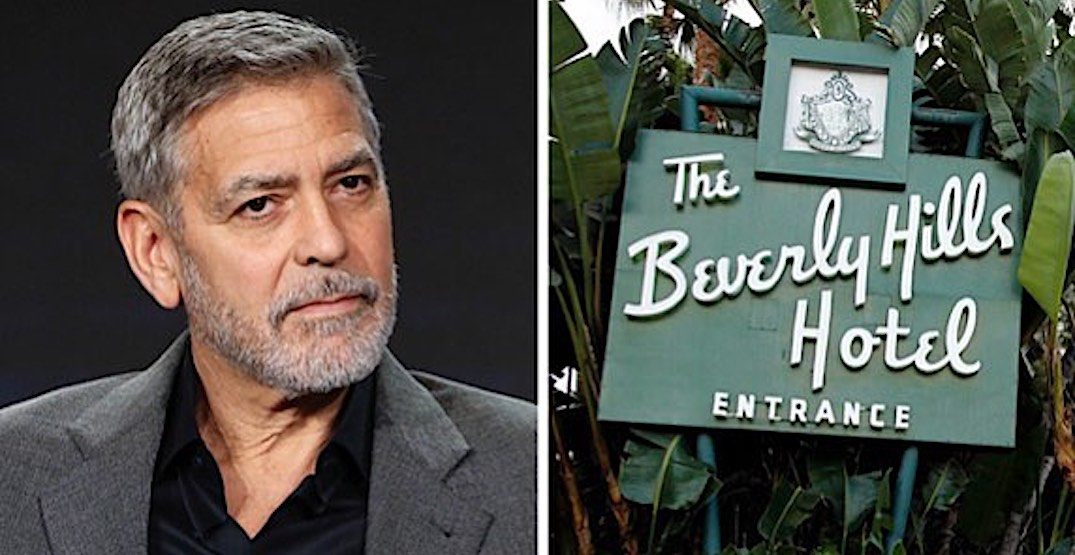 It all began last Thursday, when George Clooney wrote a guest post for Deadline Hollywood, a news site read widely within the film and television industry. The title of Clooney’s article cut right to the chase: Boycott Sultan of Brunei’s Hotels Over Cruel Anti-Gay Laws.

Clooney began his op-ed by pointing out that on April 3 is a historic date — it was the date of Marlon Brando’s birth, the estimated date of Christ’s crucifixion, and the date the first cellphone was made portable. However…

“On this particular April 3, the nation of Brunei will begin stoning and whipping to death any of its citizens that are proved to be gay.

“Let that sink in. In the onslaught of news where we see the world backsliding into authoritarianism this stands alone,” Clooney pleads.

In just a matter of days, the government of Brunei will institute Sharia law, under which theft can be punished with amputation and gay sex with death by stoning.

Clooney points out that though Brunei is a much smaller country than many of its neighbours, both in population size (500k) and geography (roughly the size of PEI), it has oil. Forbes has named it the fifth richest nation. Unfortunately, power translates to the means and confidence to exercise things like Sharia law.

“They haven’t had an election since 1962 and have adopted the most extreme version of Sharia law,” Clooney adds.

Who is in charge? Sultan Hassanal Bolkiah of Brunei. He is not only one of the richest men in the world, but Bolkiah is also the owner of the Brunei Investment Agency, which in turn owns some pretty bad and bougie hotels around the world.

“They’re nice hotels. The people who work there are kind and helpful and have no part in the ownership of these properties. But let’s be clear, every single time we stay at or take meetings at or dine at any of these nine hotels, we are putting money directly into the pockets of men who choose to stone and whip to death their own citizens for being gay or accused of adultery.”

Many questions have been raised, one being whether such a boycott would have any lasting impact. In a follow-up post appearing on Deadline earlier today, Clooney replies, “the Sultan won’t be terribly hurt by a boycott but the scores of companies he funnels money through will distance themselves. That’s what a boycott does.”

Since Clooney’s op-ed hit the internet, many have aligned with his stance on boycotting the Sultan-owned hotels. That includes the likes of Elton John.

“Discrimination on the basis of sexuality is plain wrong and has no place in any society. That’s why I commend my friend, George Clooney, for taking a stand and calling out the anti-gay discrimination and bigotry now being enshrined in law in the nation of Brunei, a place where gay people are brutalized or worse,” Elton John said in a Rolling Stone article.

Celebrities and organizations all over the world — from GLAAD to *NSYNC’s Lance Bass — have also declared their intentions to boycott.

Join them by sharing the list, expanding the discussion, and spending your hard-earned vacation dollars elsewhere. After all, at the end of the day, “you can’t make the bad guys be good, but you can stop the good guys from being complicit.”

If Clooney’s movie-worthy one-liner doesn’t inspire you, we don’t know what will.