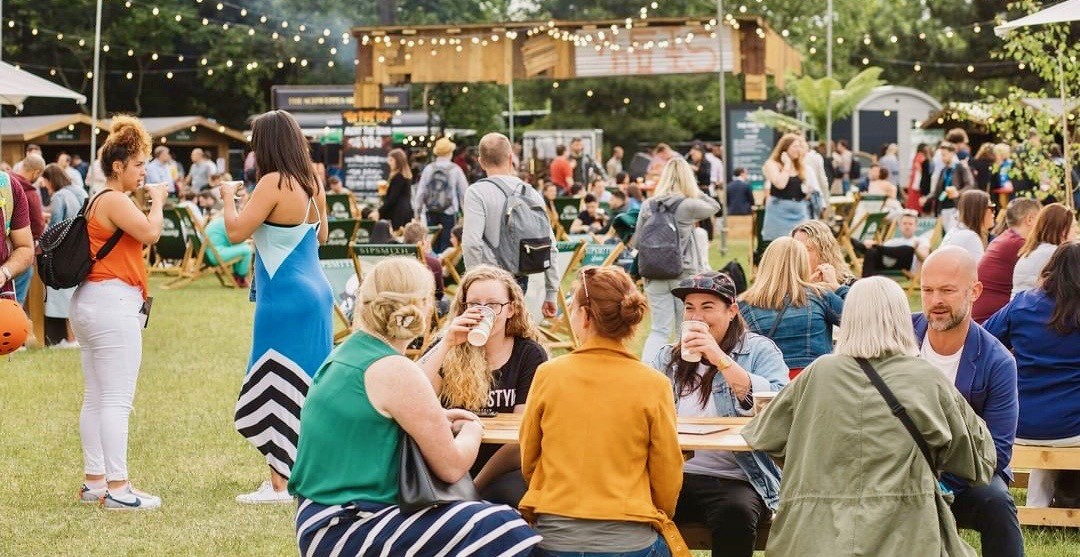 Few (or any?) would argue that food is the best thing about life.

Festivals offer an amazing opportunity to try out a range of different tastes in one celebratory place, which is why you can find them all over the world, most any time of year. Fill your belly with tasting menus from the world’s finest restaurants, get top culinary tips during demonstrations by celebrity chefs, and mingle with food enthusiasts at these nine highly rated food festivals.

Recent research from Booking.com, the global leader in connecting travellers with the widest choice of unique places to stay, found that 65% of Canadian Gen Z travellers already have a travel bucket list. If this includes you, make sure you add one of these highly regarded festivals to your list to top it off! 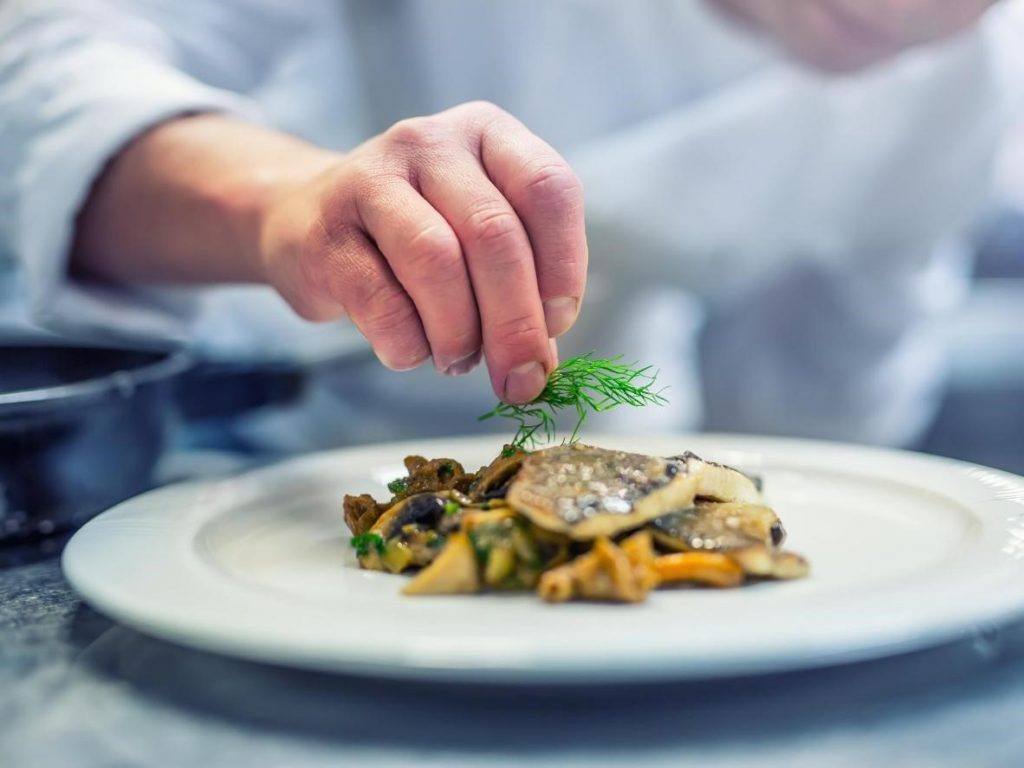 The Taste festivals have spread to Cape Town, Hong Kong and all over the globe but the London edition was the inaugural event and remains the most impressive. Twice a year (so that visitors get to sample seasonal menus), this large-scale fair sets up shop in Regent’s Park to showcase creations from the world’s best chefs, sommeliers and mixologists. Michelin-starred mini kitchens dole out tasters of their favourite dishes, while live entertainment, masterclasses, and award ceremonies punctuate proceedings. Stay at Gordon Ramsay’s York & Albany, a hotel slash restaurant that’s just a two-minute walk from Regent’s Park. 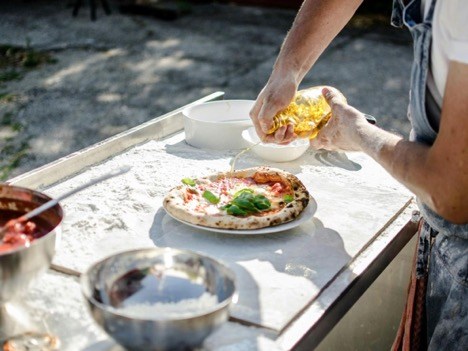 Every year, the birthplace of pizza pays tribute to its beloved dish with a dedicated, fortnight-long festival. Acclaimed pizzerie come from all over the world to test their recipes and compete in the World Pizza-making Championship, with categories including wood-fired, gluten-free and freestyle, and a jury of Michelin-starred chefs. Expect dough-tossing demonstrations, educational classes, and some of the best pizza you’ve ever tasted in your life. Check into Naples’ central Ovo – Slow Travel B&B but try to save room for pizza while tucking into the generous breakfast spread. 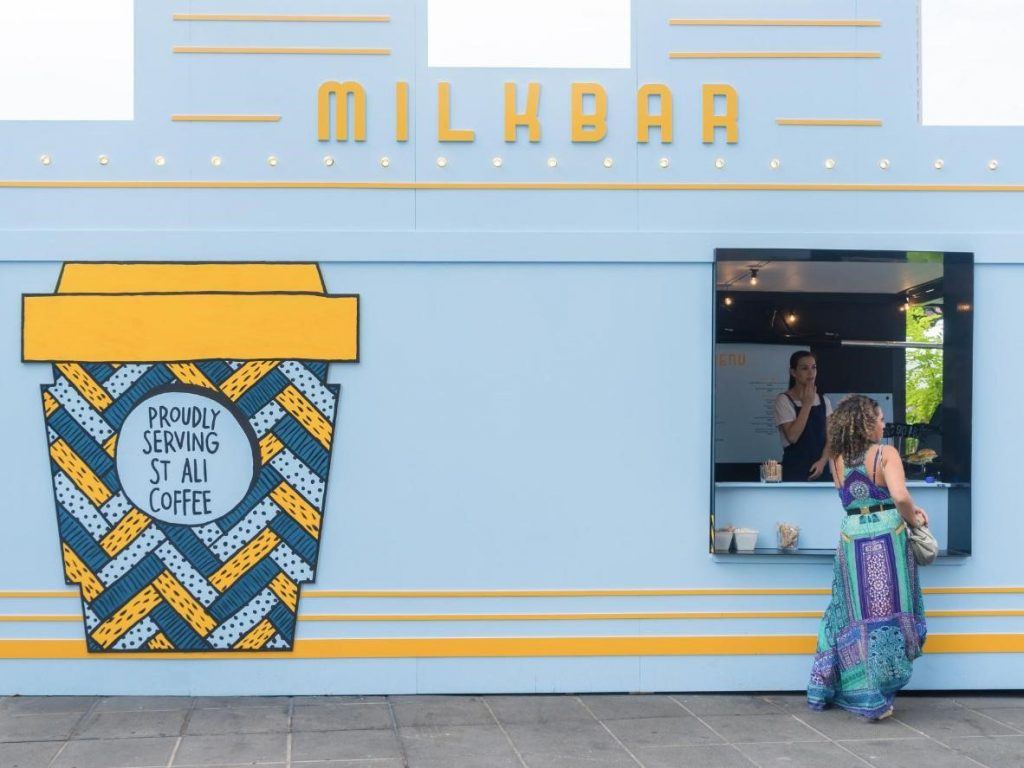 Choose from over 300 events, including pop-ups and record-holding meals in Melbourne.

Melbourne is a gastronomic melting pot of global cuisines, from Asian to Mediterranean fare and a whole lot of fusion. It’s a fitting place to attend a food festival, and this 10-day celebration is one of the most prestigious. Each March, the most renowned restaurants in and around the city open their doors to curious epicureans, with over 300 events to choose from. You can attend workshops led by the world’s greatest chefs, as well as food tours, cheese tastings and the festival’s famous ‘Longest Lunch’ – a record-holding, three-course meal served on a 500-metre-long table. Stay at the Art Series – The Cullen, a luxury hotel close to the Prahran Market (a must-visit while you’re in town, where you’ll find the best seasonal produce in Victoria, and perhaps Australia). 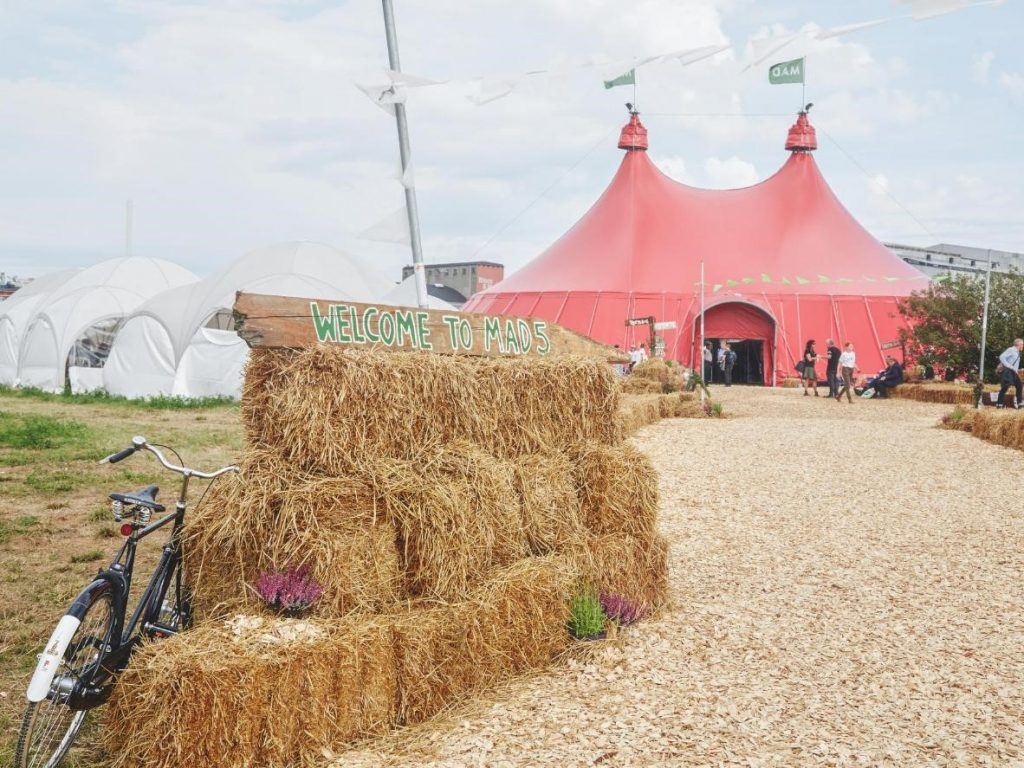 Mad means food in Danish and this event is something of a pilgrimage for enthusiastic gourmands.

Each summer, this symposium is hosted by MAD Food Organization – a non-profit community set up by René Redzepi, chef of Noma (four-time winner of the World’s Best Restaurant title). ‘Mad’ means food in Danish and this event is something of a pilgrimage for enthusiastic gourmands, with numerous food-focused educational talks and demonstrations. To get your hands on a ticket, you have to submit an application (in particular welcoming chefs, servers, sommeliers, farmers, and teachers) showcasing your culinary curiosity and open-mindedness. Stay at Sankt Annæ 10, a central Copenhagen guesthouse with a floral courtyard. 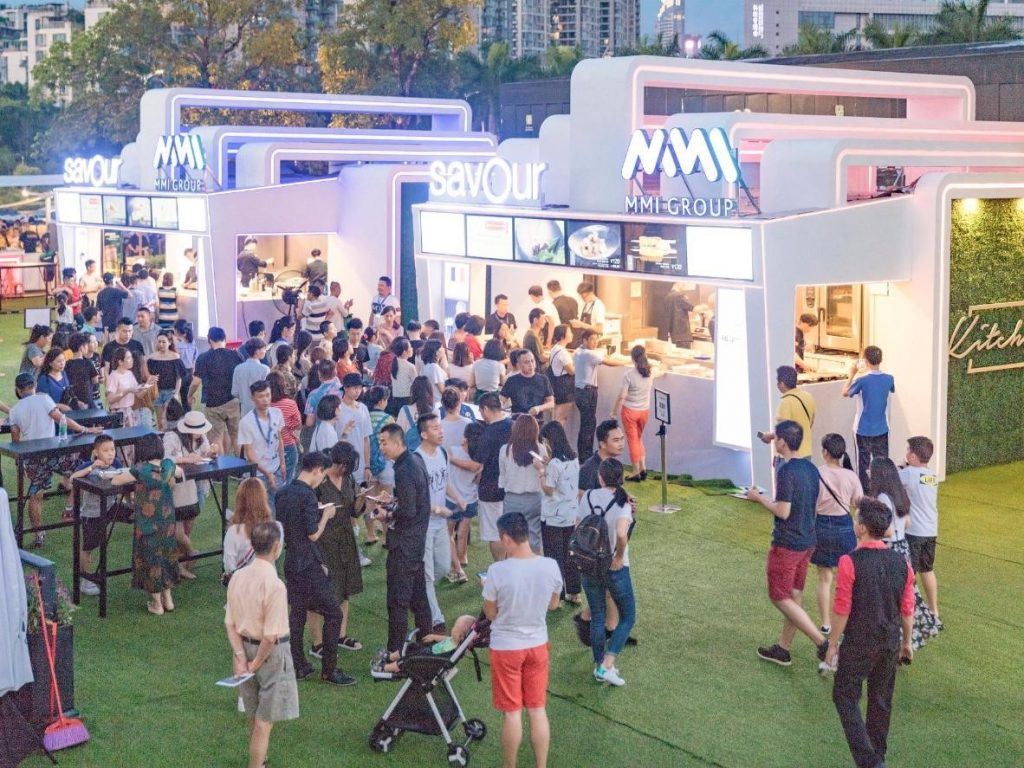 Singapore is one of Asia’s foremost food destinations and Savour is one of the most anticipated food festivals in the city’s culinary calendar. There’s a winter edition, a September wine edition, and a May gourmet edition, the latter being the main event, spanning four days and attracting thousands of food-lovers. There are gourmet tastings, celebrity chef masterclasses, kitchen skill demonstrations, competitions, and a market where you can pick up plenty of delectable souvenirs. Check into the Capsule Pod Boutique Hostel and experience the culinary delights of nearby Chinatown during your time off from Savour. 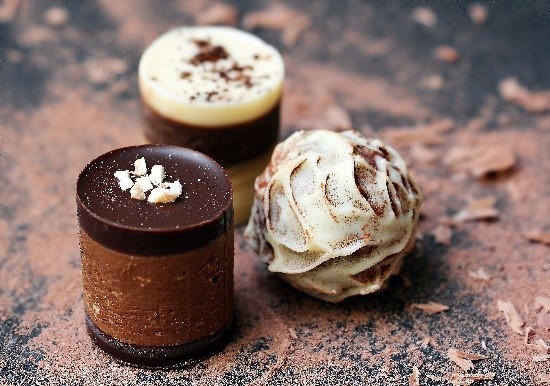 Calling all chocolate-lovers to the world’s largest and most prestigious event dedicated solely to cocoa delicacies. Since Salon du Chocolat’s inception in Paris in 1995, the show has been held all over the world in 16 different countries and more than 30 cities. The globe’s most illustrious chocolate makers, pastry chefs and notable tastemakers gather together to showcase their finest recipes while exposing tasters to an international array of gourmet chocolate. The elegant Montparnasse Alésia is located just a short drive away from the grounds of the Salon at Porte De Versailles and offers guests a welcoming stay after a long day of activity. You may even be lucky enough to receive a room with a stunning view of the iconic Eiffel Tower or the impressive Montparnasse Tower. 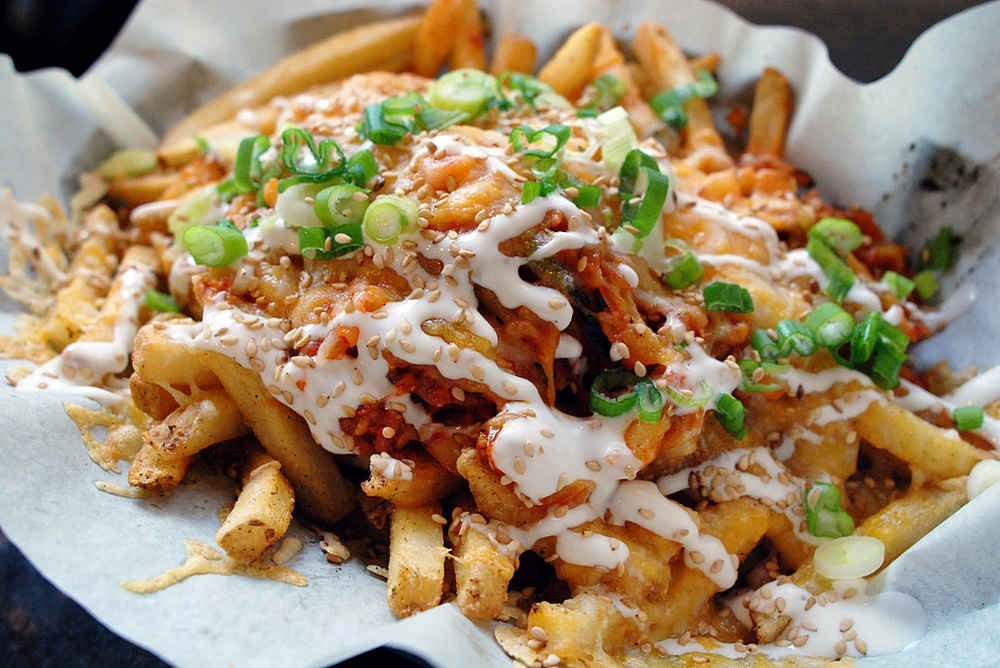 While Canada is widely known for bitter-cold winters and sweet maple syrup, it is also famous for a savoury dish comprised of oozy cheese-curds, gravy, and crispy fries. Held in the country’s capital city, Ottawa PoutineFest celebrates this unique indulgence by featuring over 100 choices of poutine to choose from. Whether you prefer a classic bite, lobster poutine, or Pad Thai poutine, this food festival has something for every palate. Le Germain Hotel Ottawa is a must-stay accommodation, offering exceptional service at a prime downtown location within walking distance to many shops, restaurants and boutiques. 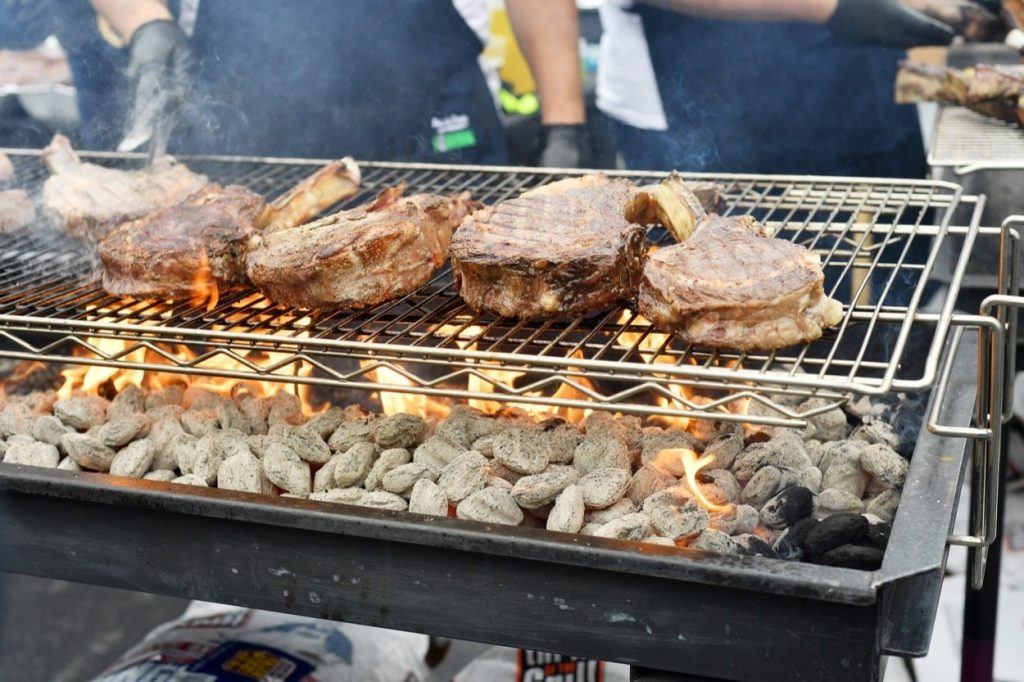 The New York City Wine & Food Festival is deemed the largest wine and food festival in the Big Apple for a reason. Affiliated with the Food Network, this culinary spectacle features some of the most well-known celebrity chefs, culinary personalities and wine and spirit producers. More than 50,000 foodies alike are presented with the opportunity to experience educational seminars, hands-on classes, intimate dinners, late-night parties and much more. Best of all, funds raised from the festival support a great cause and help the fight to end world hunger with Food Bank For New York City and No Kid Hungry. Stay at CitizenM New York Times Square, a boutique hotel boasting modern amenities and picturesque skyline views. 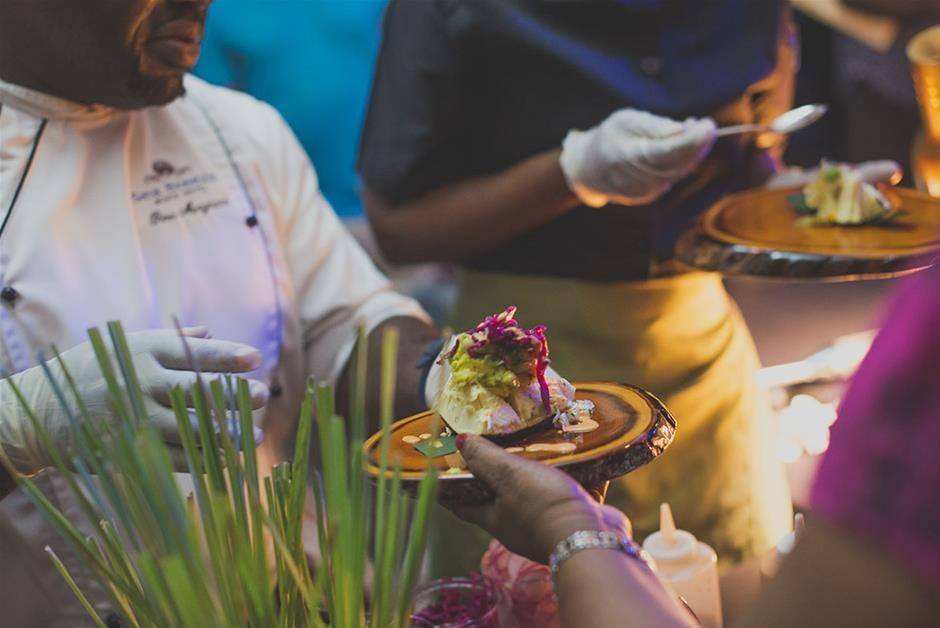 Enjoy the Barbados Food & Rum Festival in the birthplace of rum and the culinary capital of the Caribbean.

It’s fitting this vibrant island hosts the annual Barbados Food & Rum Festival, as the country is the birthplace of rum and the culinary capital of the Caribbean. For 10 years the festival has appealed to food aficionados from around the world where they can sample both local and global dishes pairing it with authentic rum to relish the experience. Join some of the island’s most acclaimed chefs and mixologists this October for a cultural festival like no other. Overlooking aquamarine waters and white sandy beaches, The Accra Beach Hotel can’t be beat if you’re looking for the perfect oceanfront stay.