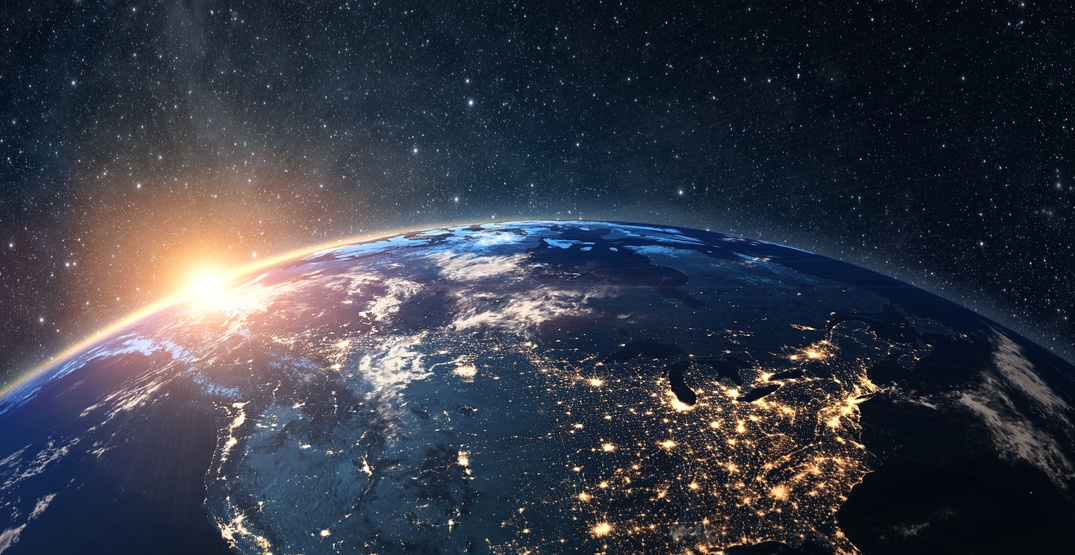 Well Europe may be introducing a new tourist fee in 2021, but North Americans may be able to drive there in 250 million years, so it all evens out, right?

Geologists have been paying careful attention to an occurrence off the coast of Portugal, where the bottom of a tectonic plate seems to be peeling away from its top. It is believed that this could be the start of a brand new subduction zone.

A study by Geological Magazine says that if the tectonic plates are indeed moving in this way, it could indicate the very early stages of the Atlantic Ocean shrinking and pulling Europe towards Canada.

The earth’s landmasses have shifted in and out of supercontinents at least three times in history, according to National Geographic. These movements are driven by subduction zones that pull the oceanic crust and upper mantle down, which drags the continents around with them. Predicted to form in 250 million years, the next supercontinent goes by the name Pangaea Proxima.

A prediction of how the next supercontinent ‘Pangea Proxima’ might look, 250 million years from now. (Image: Prof. Christopher Scotese) pic.twitter.com/p1zT6gRDq2

We’ll keep you updated on this story as it develops throughout the next 250 million years or so.