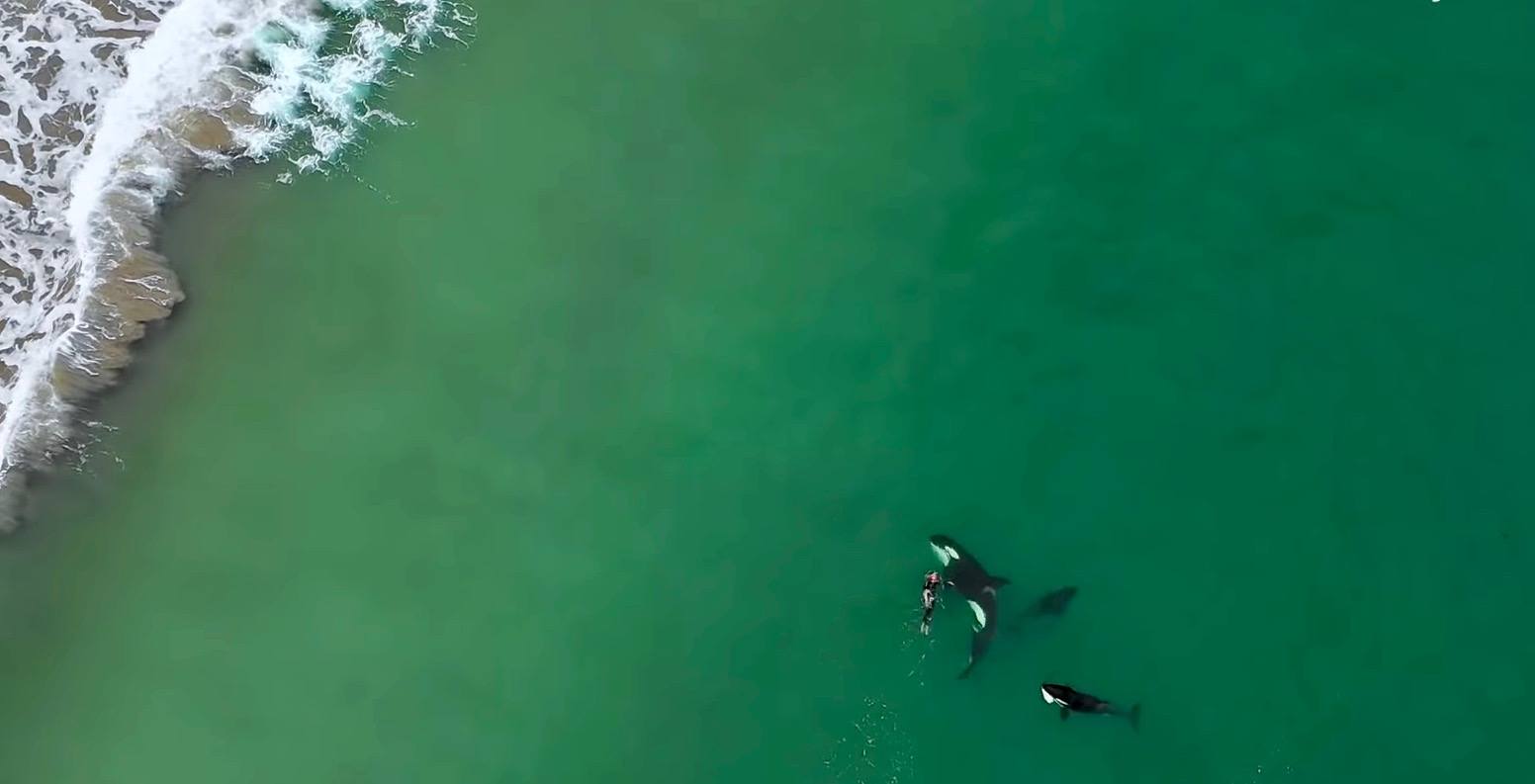 A woman was swimming in the ocean in New Zealand on Monday and was joined by some playful companions.

About 20 metres off the coast of Hahei Beach, three killer whales approached Judie Johnson and swam alongside her for several minutes. The encounter was captured on camera by the drone of photographer Dylan Brayshaw, and the footage is truly remarkable.

The video has gone viral, with some viewers questioning whether the killer whales were looking for a play buddy or a snack. But Johnson had decided they did not present a threat to her and continued on her swim.

Orcas are very smart mammals and though there is concern that they may mistake a human for a seal or other prey, it is not in their nature to attack humans.

The encounter was harmless so we’re going with the theory that they were just looking for a friend to frolic with.

Take a look at the footage here: