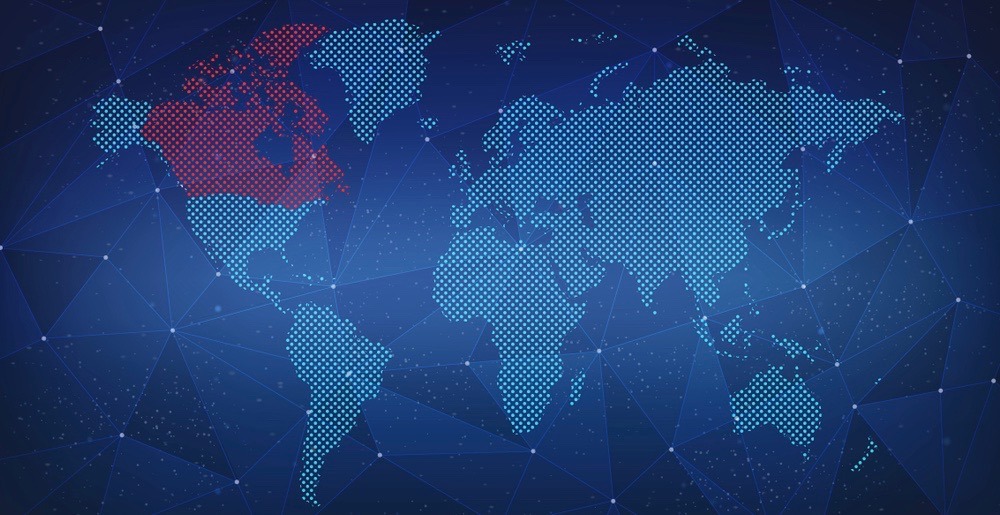 For the past five years, the Expat Insider survey has evaluated the best and worst countries to live abroad in around the world.

Conducted by ‘the world’s largest expat community’ (3.5 million members in 420 cities around the world), the survey has included, for the first time, a Digital Life Abroad Report, which measures a country’s ability to deliver the diverse digital needs of expats living there.

Perhaps surprisingly, however, Estonia was the ranked the #1 spot to be a digital nomad. The US placed 10th, Mexico 26th; Costa Rica 30th and Panama 38th, with all data published reflecting 2018 findings.

Myanmar, China, Egypt, India and the Philippines were rated the worst countries for digital life abroad. 83% of expats in China are unsatisfied with access to social media.

Looking at Canada here, when it comes to cashless payments more than nine in ten expats (94%) find it easy to do. Government, administrative services’ online accessibility (and guidance) ranked 8th out of 68 destinations, and 89% of the respondents were happy with their high-speed internet at home.

Guys, Canadians are happier than we think.

Where Canada falters? “Only getting a local mobile phone number does not seem to be all that easy in Canada” and Canada ranked 38th in such availability, says the report. 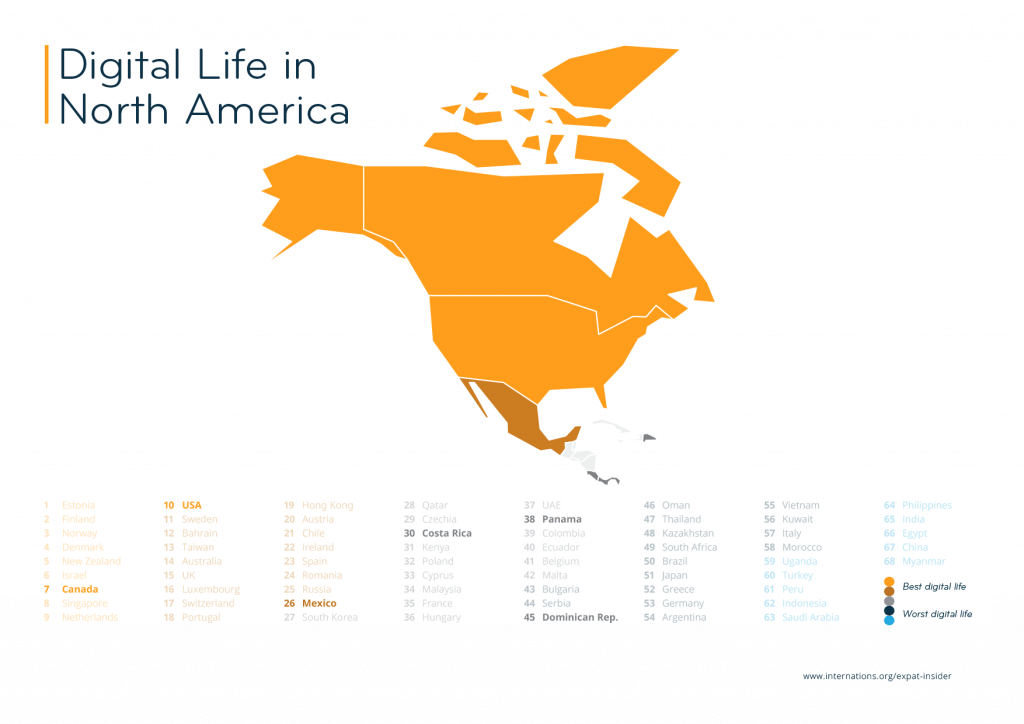 So, why did Estonia rate the highest you ask? Estonia came in first out of 68 countries for many reasons. Less restriction, availability of administrative services — 96% of expats judge the access to online services favourably (vs. 80% globally), while 86% are saying it could not be any better. Estonia ranked 21 out of 68, in this country-to-country InterNations’ assessment. Yes, it is the first of its kind, but doesn’t negate satisfaction.

Fourth place in the Digital Life Abroad survey was Denmark — coming in at 24th place, though, for quality of life overall.

Singapore ranked 21st out of 68 countries for cashless payments, 29th for the ease of getting a local mobile phone number, and 45th for unrestricted access to online services.

China is “by far the worst country for unrestricted access to social media,” is reported to Daily Hive. And over half the expats in China say ‘that is could not be any worse’,  however, China is in a great position when it comes to cashless payments (17th overall).

While Canada suffered in its access to mobile phone authorship, India ranked ‘the most difficult country to live in’ when it comes to finding a local mobile phone number, according to the report. In comparison to Canada’s satisfaction with their at-home internet services, India, by contrast, sees three in ten (28%) unsatisfied with their internet speed. This number is 12 percentage points above the worldwide average (16%), however.

For a country to be featured in the Expat Insider 2018 survey and subsequently in the Digital Life Abroad Report, a sample size of at least 75 survey participants per destination was necessary. In 2018, 68 met this requirement, with a total of 18,135 expatriates taking part in the survey, representing 178 nationalities and living in 187 countries or territories. 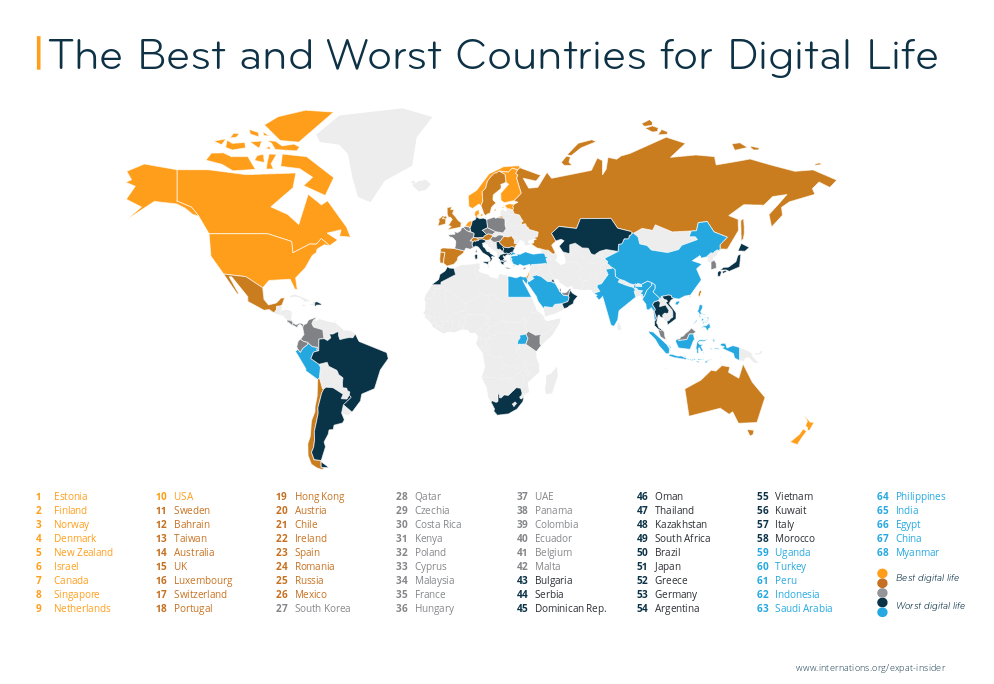