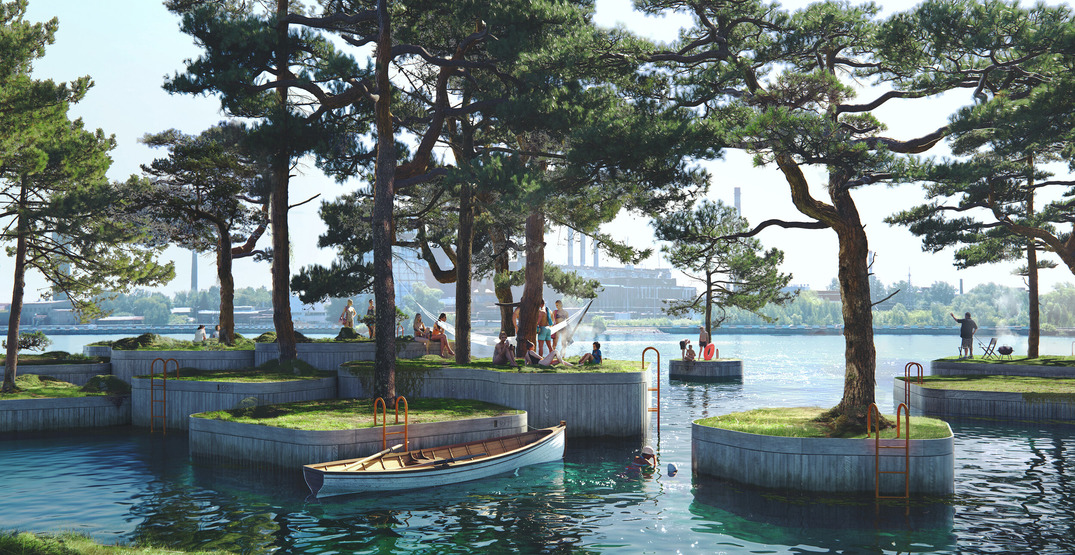 In an effort to create more recreational space, Denmark’s capital city of Copenhagen has launched a new urban planning initiative to develop a series of floating islands to generate more space for public parks.

The project, entitled “Copenhagen Islands,” is designed by Australian architect Marshall Blecher and Danish design studio Studio Fokstrot and will exist in the city’s harbour.

“A ‘parkipelago’ of floating islands, creates endless possibilities for fun activities and daily exploration,” Studio Fokstrot explains on its website. “The intention is to renew the proud traditions of the Danish harbour life by strengthening the social cohesion and awareness of the maritime life in and around the harbour.” 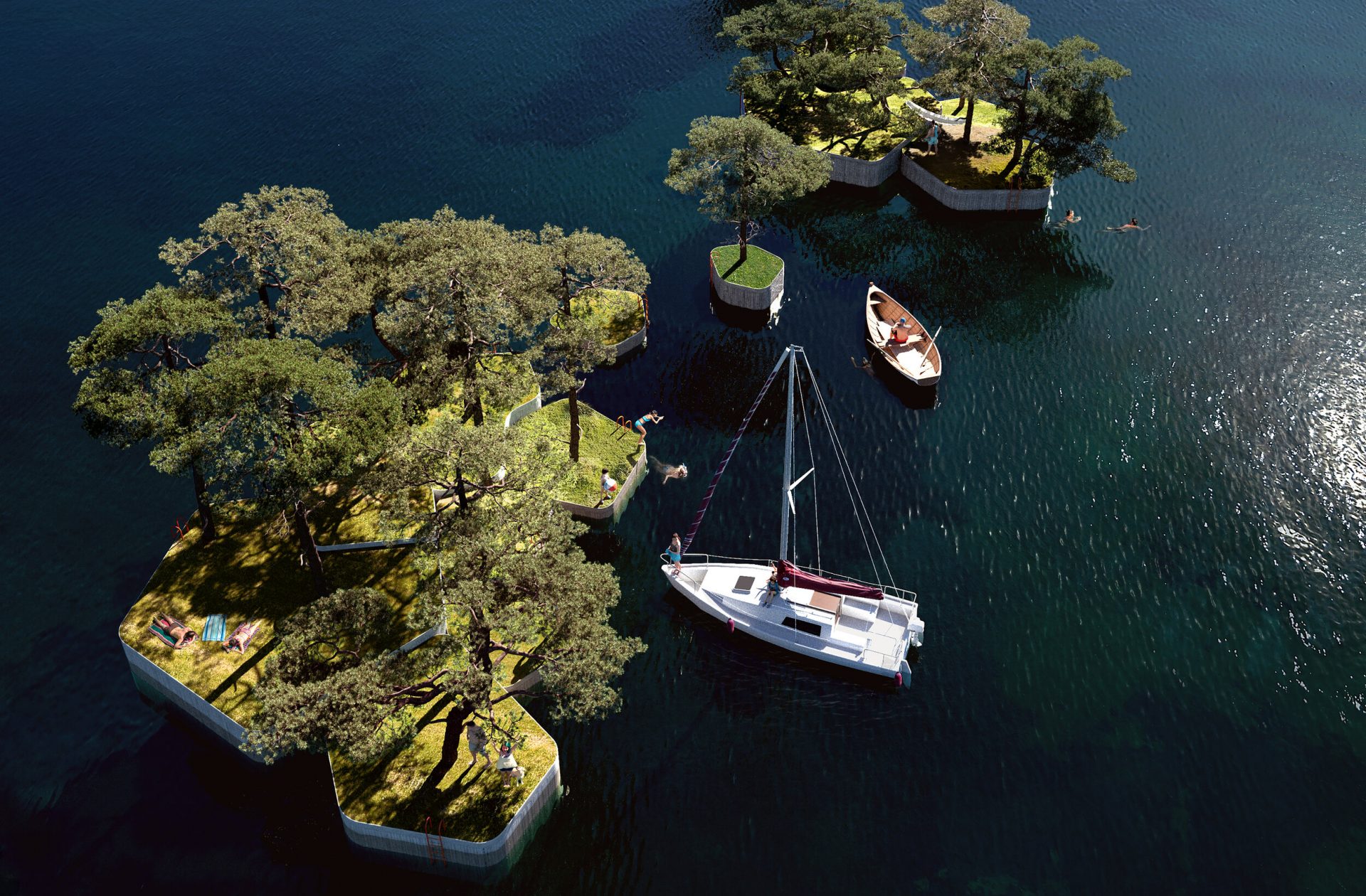 According to the project’s official website, the initiative is meant to focus on the space and function of public areas in the city both in terms of local and urban development along the harbour, which serves to threaten recreational areas, but also in a more global context.

“The project, as a concept, is launched to create a stronger focus on an improved harbour environment, the global climate changes and the increased water levels – some of the biggest problems the world is facing today,” Studio Fokstrot explains.

Their functions are flexible, depending on their position in the harbour and the time of year.

The islands will be dispersed to suitable locations within the inner harbour; they will also be situated in more under-utilized corners to promote activity for those looking for a recreational escape in the summertime. 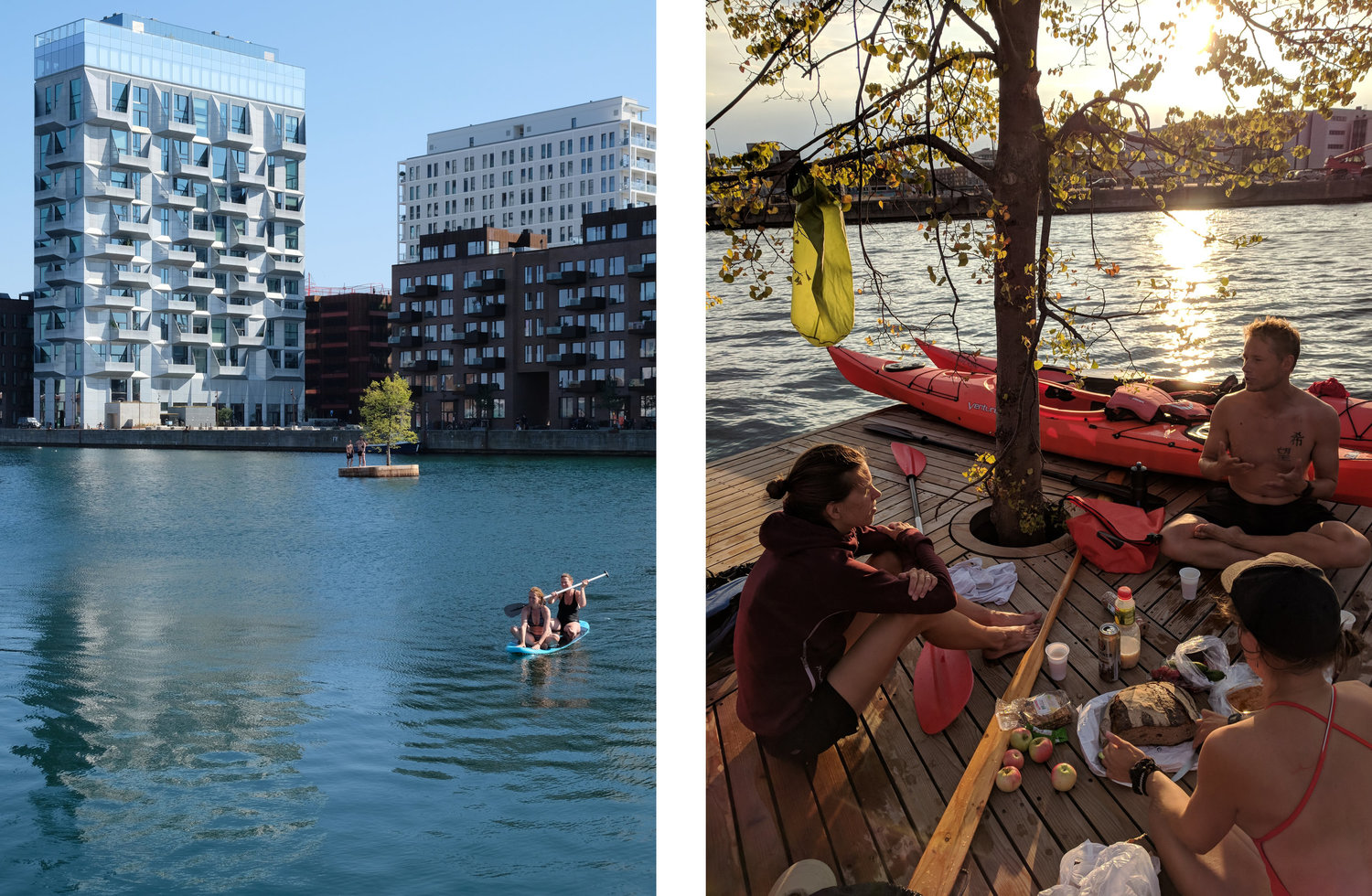 In the winter months, they will be used to host events such as festivals while also having the option to fit together to form a “super-continent” to create a more accessible cluster from the harbour.

A prototype of the first island, known as CPH-Ø1, appeared in 2018 as a 215-sq-ft dock and quickly became a popular feature of the harbour. Due to its success, the island will be joined by CPH-Ø2, Ø3, and more soon.

As well, each island will serve a different purpose, such as swimming areas, floating saunas, floating gardens, floating mussel farms, and a floating cafe. All of the areas will be free to explore by tourists, fishermen, kayakers and other people who occupy the harbour space. 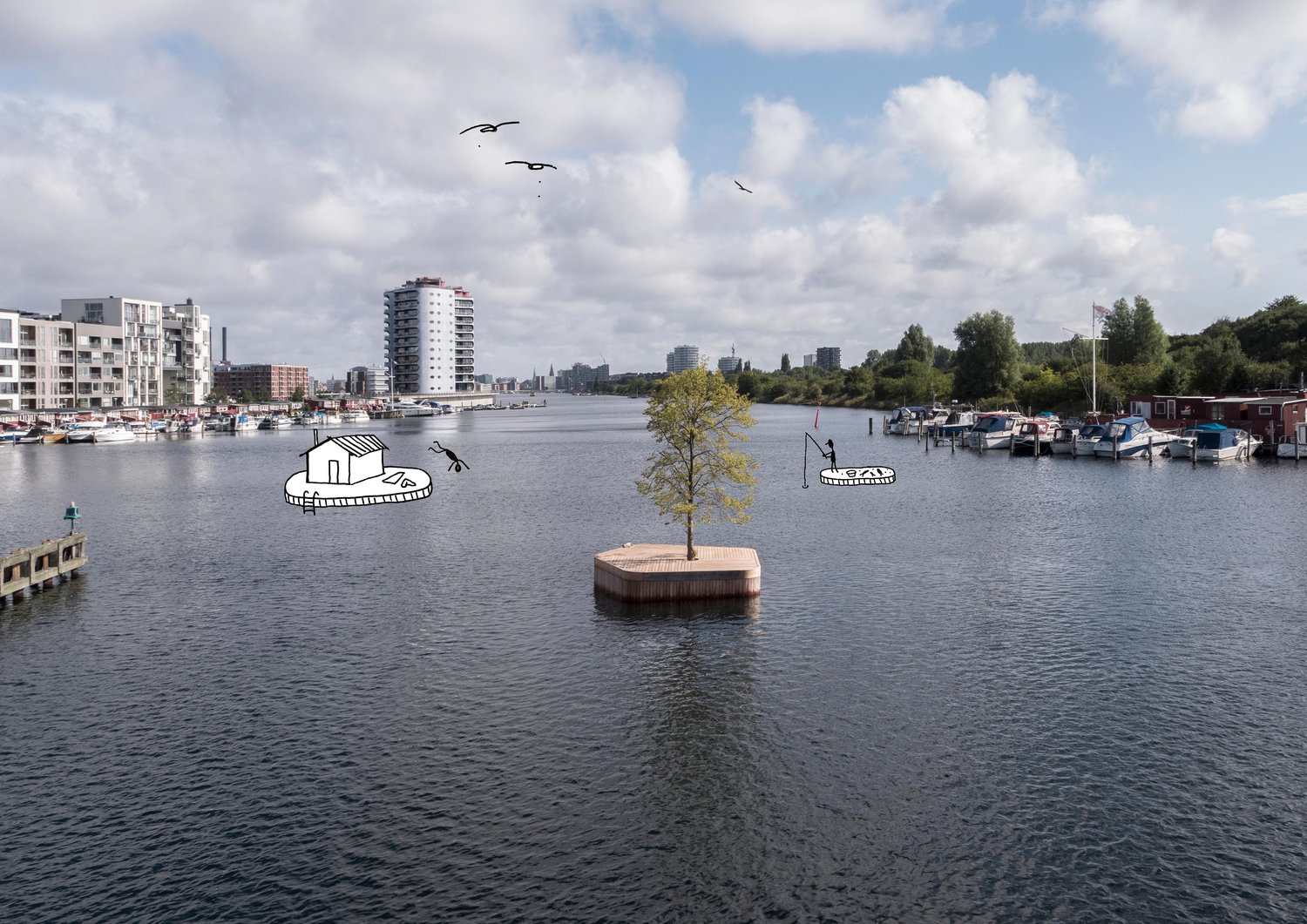 “It is a simple and iconic metaphor for an uninhabited island, representing wisdom and an earthbound vitality,” the project’s site continues. “By placing it on the water, it creates immediate wonder for people, passing by. This is the first taste of a completely new type of public space coming to Copenhagen. Moveable, floating, public spaces free for people to explore and conquer.”