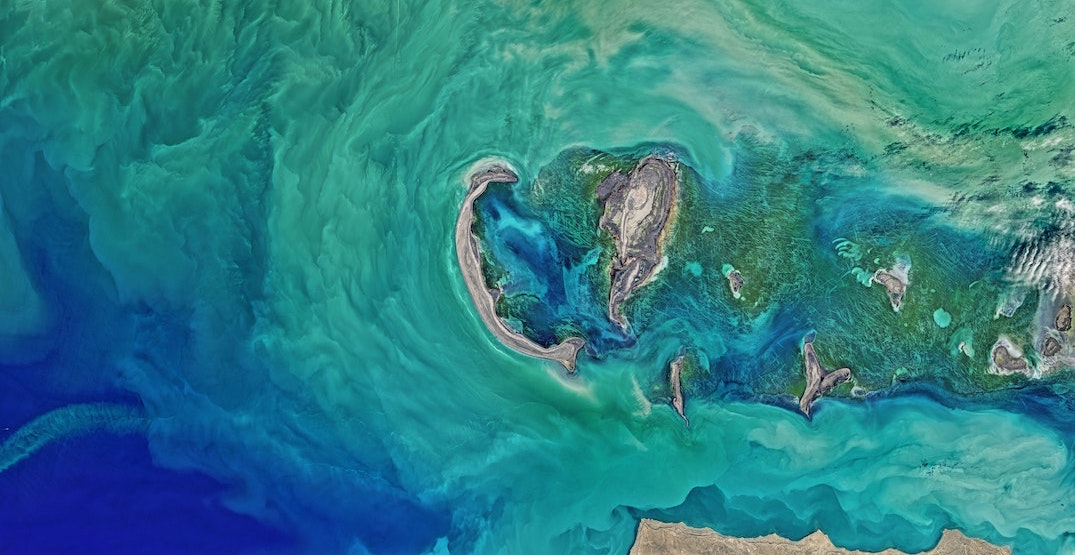 After decades of legal uncertainty, the Caspian Sea is finally opening up to tourism.

The Caspian Sea is the world’s largest inland body of water. It boasts clear azure waters and also happens to be the world’s main source of black caviar.

The Caspian’s shores touch five countries—Azerbaijan, Russia, Kazakhstan, Turkmenistan, and Iran—that have spent decades trying to work out whether it’s officially a lake or a sea.

What’s in a name? Well, given its title, one might assume the Caspian is a sea. But the status question goes beyond semantics; the five surrounding countries have much at stake over this debate.

Prior to 1991, the USSR and Iran shared the Caspian Sea. Once the Soviet Union collapsed, five countries suddenly had a partial claim to these waters—and each country’s gains depend heavily on whether it’s a sea or lake.

The Caspian Sea is rich in resources. It is home to the sturgeon that produce most of the world’s prized caviar, though there’s a current ban on fishing Caspian sturgeon. Sub-sea, there are around 50 billion barrels worth of oil and 292 trillion cubic feet of natural gas, Today in Energy has estimated.

If the Caspian is indeed a sea, the seabed would be distributed amongst the five countries proportionate to the amount of coastline. Kazakhstan would walk away a winner while Iran would get the short end of the deal.

However, if the Caspian is dubbed a lake, the five countries would get equal shares. You can imagine why its status has been a long-standing dispute.

In August 2018, leaders of the five states met in Aktau and signed a landmark deal. They agreed “to treat the largest inland body of water in the world as a lake and a sea at the same time,” as Al Jazeera put it.

Neither a lake nor a sea, the Caspian now has special legal status. According to CNN, the question of dividing subsea territory has been put off; each country has been granted 15 miles of sovereign waters, 10 nautical miles of fishing waters, and then common waters beyond.

This means that while big question marks remain, the waters are now open for tourism and luxury cruises.

Today, a brand new cruise ship called Peter the Great is under construction in the Russian port town of Astrakhan. Azernews reports that the ship will have 155 cabins with private balconies, including 12 luxury suites. Up to 310 passengers at a time will have access to bars, restaurants, swimming pools, and spas. In their words, it’s “a floating five-star hotel.”

Peter the Great will connect established river cruise routes along Russia’s rivers to new routes in the Caspian Sea.

The ship’s operator, the Moscow River Shipping Company, is supposedly planning one- and two-week Caspian itineraries connecting ports in Azerbaijan, Kazakhstan, Iran, Turkmenistan, and Russia. They are expected to launch their Caspian services this summer, although official announcements and tickets have not yet appeared online.

This new cruise route will offer a diverse mix of cities, sights, and natural wonders. Guests will be able to experience ancient cities, deserts, subtropical rivieras, and charming capital cities in one luxury experience.

That said, any hopeful passengers should be sure to check these countries’ visa requirements before splurging on cruise tickets. CNN reports that travelling to Iran may cause complications when entering the US including denied access to the ESTA program. In fact, the US State Department’s travel advisory explicitly says, “Do not travel to Iran due to the risk of kidnapping, arrest, detention of US citizens.” (That’s their bolding, not ours.) The Government of Canada travel advisory reads a little differently:

Exercise a high degree of caution in Iran due to crime, demonstrations, the regional threat of terrorism and the risk of arbitrary detention.

In any case, preparing for a dream trip around the world involves doing your due diligence to ensure your holiday feels like one.