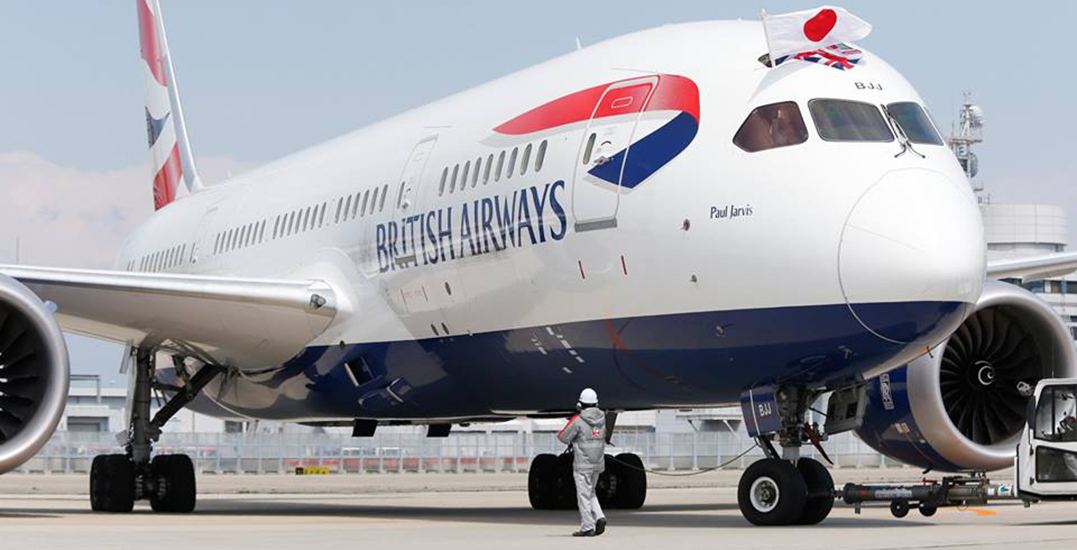 A massive strike has caused British Airways to cancel nearly 100% of its flights over the next two days.

In August, the British Airline Pilots Association (BALPA) announced to British Airways that it would be calling its members to strike amidst a lengthy dispute over pay and benefits.

“British Airways pilots will take strike action…in a clear message to the company’s managers that they will not be fobbed off in their dispute over pay and benefits,” reads a statement from the BALPA. “British Airways would clearly inflict this bullying tactic on its staff and see its passengers take the brunt of the strike action inconvenience than engage with its employees to find a way forward.”

The BALPA also says that their latest contract negotiation is just a fraction of what one day of strike action would cost and that a recent offer to “hold talks was ignored by British Airways.”

One day of strike action will cost BA, on their own figures, £40m. The difference between us now is £5m. Why won’t they work with us to end this dispute?#BAstrike

Meanwhile, tens of thousands of passengers are left without a flight in wake of the strike, including flights operating in other countries.

A cancelled flight out of the Vancouver International Airport (YVR) 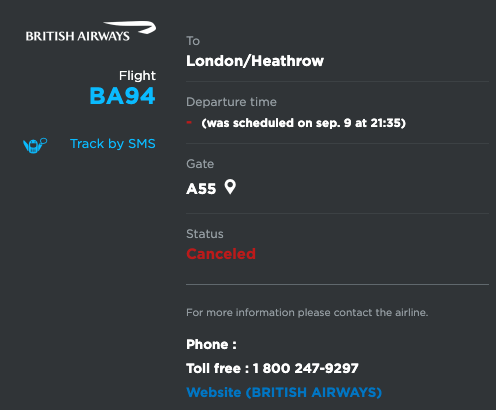 A cancelled flight out of Toronto Pearson Airport

“It is completely unacceptable that BALPA is destroying the travel plans of tens of thousands of our customers with this unjustifiable strike action,” says British Airways in a statement.

The airline also says that there was no information from the BALPA on which pilots would strike.

“We had no way of predicting how many [pilots] would come to work or which aircraft they are qualified to fly,” says British Airlines on their website. “We had no option but to cancel nearly 100% of our flights.”

Affected customers are being offered full refunds and the option to re-book to another date of travel or an alternative airline.

The company also says that they’re working with partner airlines to secure larger aircraft to take the maximum amount of customers.

Should a resolution not be reached within two and a half weeks, the BALPA will go on strike for one more day, on September 27.